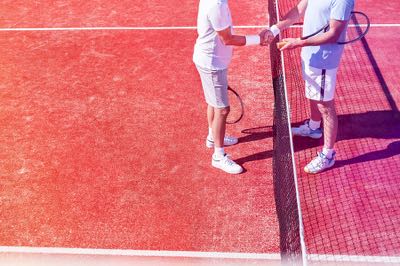 Sometimes, though, sets become too close to call. The players can’t be separated, either because they don’t break each other’s serve or because they continually do so. Regardless of the method, the result is that the players involved in a match end a set on the same number of games, so something needs to be done to separate them. In the past, they would just keep playing until one player went two games clear, but eventually, the tie break was created as a simple and effective way of deciding who won each set.

The History of the Tie Break 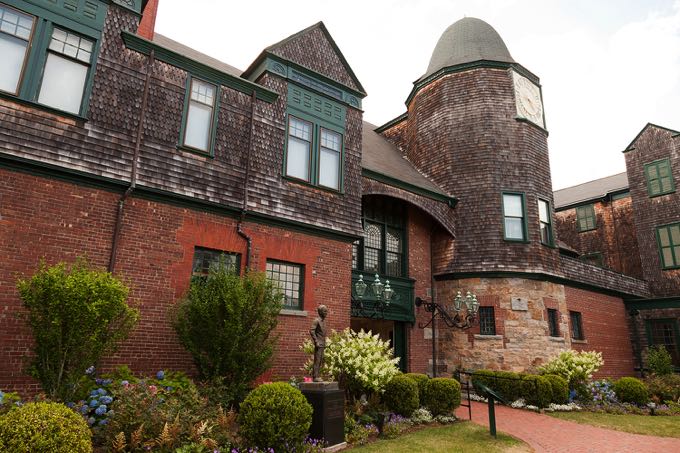 Tennis has a fascinating history, not all of which is completely clear. It is believed by some, for example, that a clock face was used to score tennis in its early years, hence the scores being 15 and 30. The idea of being able to win with one point when both players had the same score wasn’t liked, however, so the next score was changed from 45 to 40 and deuce was introduced when both players tied on it. A point won on deuce would therefore move the clock face on ten ‘minutes’, meaning two must be won to win the game.

As for sets, the rule used to be that a player had to win it by two clear games. If both players were tied at 6-6 at the end of a set, they would continue to play until one of them gained that two game advantage. Jimmy Van Alen used to play tennis at his come club in Newport, Rhode Island. He grew tired of matches taking so long to reach their conclusion and wanted to find a quicker way of doing so. He achieved his wish in 1954, which was also the year that he converted his Newport Casino club into the International Tennis Hall of Fame.

At the time, Van Alen was serving as the Technical Director for the Newport Casino Invitational, which had long attracted some of the world’s best players. As the men’s singles final between Louis Straight Clark and Ham Richardson went on and on, he witnessed the crowd becoming restless and wanting the match to be drawn to a conclusion. Lew Hoad and Ken Rosewall were up next in the double’s final, with most of the crowd wanting to see them as they were two of the top players in the sport at the time.

The match between Clark and Richardson went to five sets, however, with a total of 83 games being played. Van Alen realised that something had to be done about such matches, deciding that ‘There had to be a better, more exciting way to control the length of matches without those damnable deuce sets’. He came up with the Van Alen Serving and Scoring System, which became know by its acronym, VASSS. The creation involved playing the service line three foot behind the baseline, in order to take the emphasis of service.

Even in the days of Van Alen, there was an emphasis on big serving players. He didn’t like this and wanted to do something to de-emphasis the ability to go big with the serve, so the idea of moving the service line to three foot behind the baseline made perfect sense to him. He also wanted to introduce a scoring system that much more similar to table tennis, wherein only one point is scored for every win by a player. The first chance he got to try his new system was for the 1958 Newport Casino Invitational, but they weren’t well received.

A progressive thinker, Van Alen was happy to go back to the drawing board and keep on thinking. So it was that the Van Alen Simplified Scoring System was created. It said that the first player to hit 31 points would win the set, with matches consisting of either two or four 31-point-sets. If the score was tied at 30-30, the players played a ‘tie breaker’ of nine points, which he initially called an ‘extra game’. This would be used in a ‘best of’ manner, with the first player reaching five points being awarded the set according to the system.

Once he felt that he had sufficiently added the changes that he wanted to, Van Alen lobbied both the United States Lawn Tennis Association and the International Lawn Tennis Association, as the USTA and ITF were back then, to take on his scoring method. Both refused, meaning that he had nowhere else to turn in his search for a way of improving the game that he loved. As a result, he decided to turn to the players themselves, staging a $10,000 event at Newport in 1965, inviting the top 10 players to play a round-robin tournament.

Unfortunately for Van Alen, the scoring system was not widely embraced by players. Rod Laver, who won the tournament, said that it would take a month of play to get used to it, whilst Richard Gonzales declared that he’d ‘never play this again’. Though the VASSS system wasn’t widely embraced, the idea of trying to draw matches to a close more quickly appealed. Several tournaments tried numerous different methods of using a tie break, but it was the man himself that would create one that that eventually got taken on.

The First Uses of the System

The system that Van Alen eventually created that was deemed to be a good version saw players play nine points, alternating their serve after two points, with one player serving for the final three. It was used for the first time in a consolation event that the US Open introduced for players that had been knocked out of the tournament in the first round. It offered $12,000 prize money and the tie break of Van Alen was used in order to make it more interesting. Known as ‘sudden death tie break’, it became an instant hit with fans of the US Open.

At the U.S. Pro Indoor Championships in Philadelphia in 1970, professionals, such as Rod Laver, Margaret Court and Billie Jean King, played in the first tournament to feature a tie break. In the early rounds of the competition, a seven-point tie break was used, which became a 12-point tie break in the later rounds, meaning that a player won the set if they became the first player to reach seven points. If both players reached 6-6, a two point margin was required to win. The highest ranking American male player in the tournament, Stan Smith, approved.

The 12-point tie break was the one that players preferred, but not the one initially used in the US Open in 1970. Even so, the New York Times declared the system that was used to be ‘the most revolutionary step the sport has ever taken in its scoring system’. The players still preferred the 12-point tie break system, complaining to the US Open organisers that they wanted it to be used instead of the nine-point Sudden Death version. The US Open eventually relented, introducing the 12-point version in 1975 and continuing to use it ever since.

How the Majors Handle Tie Breaks 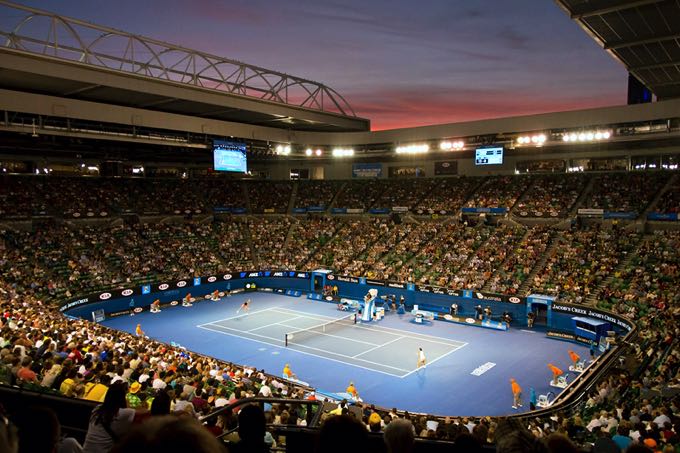 Interestingly, there is no hard and fast rule for how tie breaks are handled in the Majors. Here is a quick look at how each of the Majors chooses to use tie breaks:

The first Major of the tennis season sees singles players play a tie break to the first of ten on occasions when the final set score hits 6-6. In the mixed doubles, a tie break is played instead of a final set.

Interestingly, the French Open is the only Major that doesn’t use a tie break in the final set. At the time of writing, there are no plans for this to change.

For the US Open, the final set of a match is decided by tie break once the set reaches six games apiece.

Though Wimbledon famously never used to use the tie break in the final set, this changed in 2019. The requirement to win the final set by two clear games remains in place, but if the two players tie at 12 games-all, a tie breaker will be played to decide the final set and therefore the match. 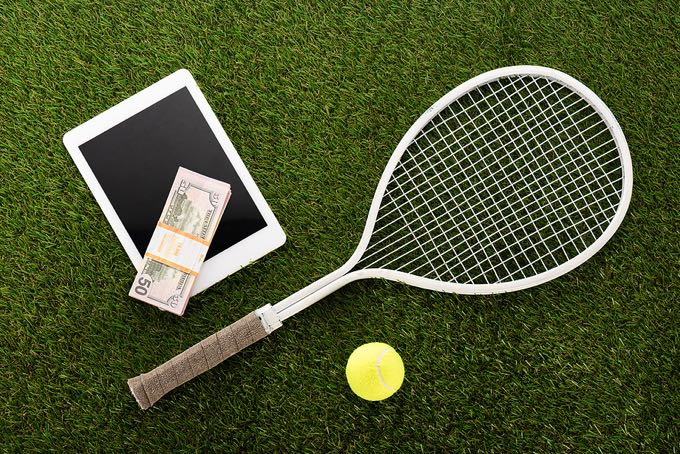 There are times when tie breaks are relevant to bets and times when they aren’t. If you have played a bet on the overall winner of the match, for example, then tie breaks are completely irrelevant apart from the ultimate victor in them. If the person that you’ve bet on to win the match wins the match, it doesn’t matter how they managed to do so. As you might well have inferred from that, the tie break is only relevant when you’ve actively chosen to place a bet on it or you’re betting on something like the number of games played.

With most bookmakers, points won during tie breaks will not be included in any Over / Under bets made on points won. The tie break will be counted as one game, so a 6-6 set that goes to a tie break and finishes 7-5 will be classed as a 7-6 win, meaning that there were 13 games played for the purposes of Over / Under betting. If you’re betting on a doubles match, an exhibition or on some specific events, Super Tie Breaks can be played. The rules here are the same, with the tie break counted as just one additional game.

This can be frustrating for those that bet on the Over / Under, given how long tie breaks can last. The longest official tie break ever to be played took place at the Men’s Futures tournament qualifications at Plantation in Florida in 2013, during which Benjamin Balleret and Guillaume Couillard played out a 70-point tie break. It finished 36-34 in favour of Ballaret, seeing him win 7-6, 6-1. Unfortunately for bettors, it still only counted as one extra game, even though there were enough points played for countless extra games.