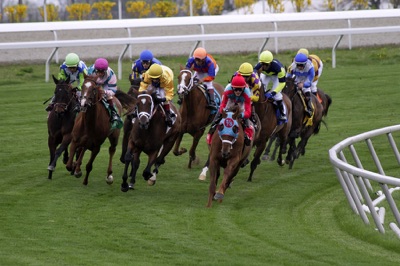 If you’ve ever read any writing about horse racing, particularly with reference to racing that takes place on flat courses, then the likelihood is that you’ll have heard the phrase ‘draw bias’ before. Hearing something doesn’t mean that you necessarily understand what it means, however, so on this page we will have a look at what draw bias is and why you need to think about it when it comes to placing your bets.

The quick summary of draw bias is that it matters where a horse starts its race from. Imagine, if you will, a series of sprinters lining up to race each other around an oval track. Rather than starting in a staggered manner they line-up alongside each other, meaning that the person closest to the bend has an advantage over the person furthest from it because the latter will have further to run. The same is true of horses at racecourses that use starting gates.

Why the Draw Matters

One thing to point out straight away is that the draw doesn’t always matter. If a race is being run on the straight, for example, then it’s irrelevant where in the starting gate a horse’s journey is going to begin from. For that reason, it’s always worth investigating both the racecourse’s shape and the length of the race. After all, if a horse is going to have to run around three bends then where within the draw they are could make a huge difference.

Generally speaking, a low draw that allows a horse to be closer to the rail than others and therefore cover less distance during the race is always likely to be advantageous. The draw tends to go from 1 to however many horses are in the race. The first berth is the one closest to the rail and the horse drawn at number 1 goes into it, with the rest of the horses going to the berths gradually further away from it and therefore having longer and longer to run. 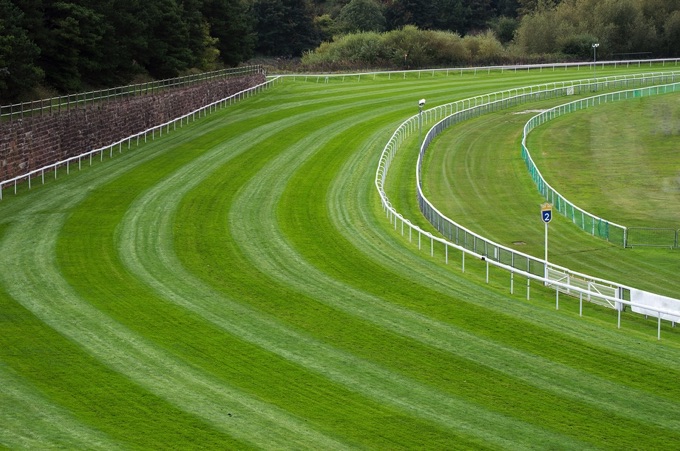 If you’ve ever watched a race then you’ll know that horses tend to bunch together as the race goes on, eventually coming together in such a manner that the horses at the front can move in towards the rail anyway. It’s not like sprinting in athletics where the competitors have to remain within their lane!

That means that a very quick horse in the furthest berth in a starting gate will be able to get over towards the rail reasonably quickly and thereby negate any advantage offered to the horses drawn into the lower gates. Obviously, though, the shape of the course will make a difference as a turn coming early out of the gates will mean that even the quickest of horses is unlikely to be able to get over in time to be closer to the rail by the time it has to be taken.

Looking at how long the bend is will also help you to determine how influential it could be. If the bend is a short and sharp one then the horses will be around it before their position within the starting gate will have made any difference, whilst if it’s a long and sweeping one then it’s obviously more likely to take more energy from the horse at the furthest draw than one that is closest to it. Looking at the course shape will also reveal whether or not you want to be keeping an eye on the horses in the lowest or highest gates for an advantage, though for the sake of ease I’m going to assume that the lowest is always the best.

The final thing to bear in mind when it comes to the course is what the camber of it is like. Does it tend to slop down towards the rail? If so then make sure you find out what the weather’s been like in the week building up to the race. A course that has a slope that sends the water towards the rail will mean that the horse drawn first will lose its advantage thanks to the fact that the turf it has to run on will be heavier than the part of the course that the other horses will be running on.

A quick note at this point regarding the draw bias in play on all-weather tracks. It is common for courses that have synthetic tracks to use a starting gate, but they often take advantage of the surface on the track to negate any perceived draw bias.

Courses that offer all-weather tracks have the ability to alter the Going in order to make it whatever they want it to be, meaning that the Going can be made one thing at the start of the race for the horses in the first gate and something entirely different for the horse in the last gate.

It could be worth finding out if the racecourse you’re watching employs such a tactic before assuming that the horse in the first gate will definitely have an advantage. Equally, if you know that the all-weather course you’re betting on does do such a thing then you could also look at whether the horse drawn in the first gate actually tends to favour the Going when it’s Heavy. If so, it might not automatically mean you should be put off betting on it.

Other Draw Factors to Think About 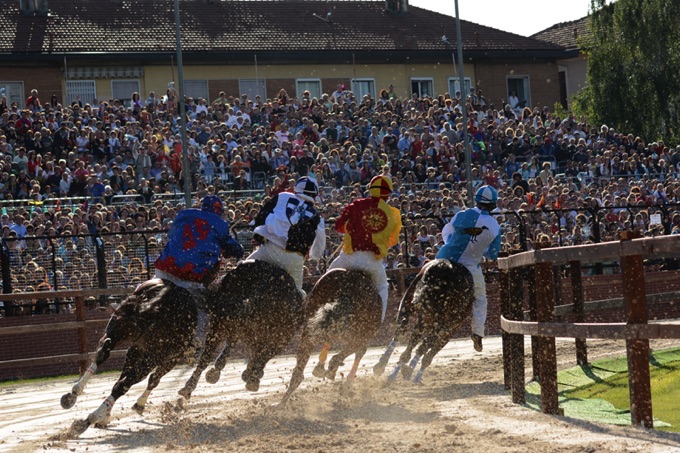 The longer a race is the more time a strong and fast horse will have to regain their natural advantage even if they started out of the highest gate. Conversely, if it’s a short course with one long bend that comes pretty much straight after the start then even the very best of horses will struggle to negate the impact of a poor starting position because there simply won’t be time for them to recover before the finishing post is upon them.

Likewise the amount of horses taking part in a race will make a difference to the importance of their position. If there are are only a few competitors entered into a race then their position in the starting gate will make little difference because all of the horses will come together virtually straight away and it will pretty much just end up being a battle of which one is the quickest. If, on the other hand, the field contains ten or more horses then it will be much more difficult for the horse in the tenth berth to get over past all of the horses.

How the Horses Run

How the horse tends to run is the final thing you’ll need to think about ahead of placing your bet. Is it one that enjoys getting to the front early? If so a draw bias that sees them closest to the rail will definitely help them and likely see them come home first. Equally a horse that tends to hang back and see how the race develops will struggle if it gets a high draw because it will be fighting against its own instinct and the disadvantage offered by its position. The converse of that is also true, of course, and a horse that likes to get in front early will expend energy doing so if they’re in a high gate.

The Courses with Draw Bias

There’s no point in telling you all about draw bias if we don’t also mention some of the courses most famous for the draw bias that they display. For that reason, here’s a look at the racecourses that offer something of a draw bias for you to bear in mind when you’re thinking about your bets. 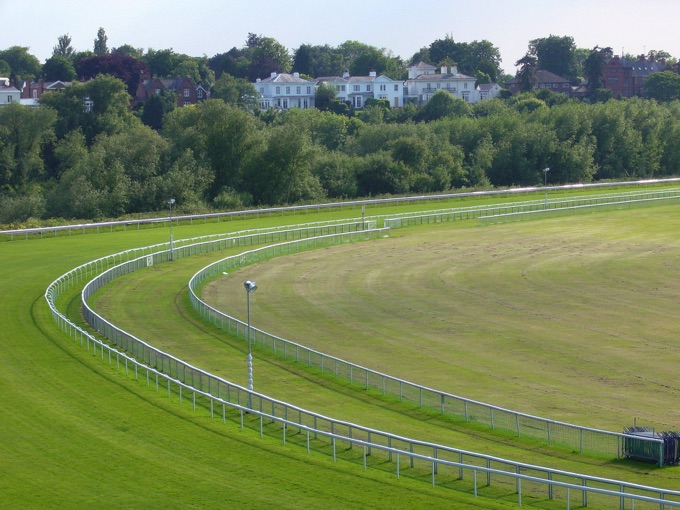 Chester is the racecourse that offers arguably the best-known draw bias of any course in the country, with 63% of all forty-six of the five furlong races that took place between September 2016 and June the following year being won by a horse that started the race in positions 1, 2 or 3.

Of course, that doesn’t mean that you should automatically lump on horses in the first three gates in races at Chester, if for no other reason that you’d have to place three bets to cover them and two would end up being losers if you didn’t double your investment with an Each-Way wager. Even so, doing some investigation to find out if the horse is genuinely likely to be a contender in the first place and bearing the weather in mind will set you up nicely for races at Chester Racecourse. 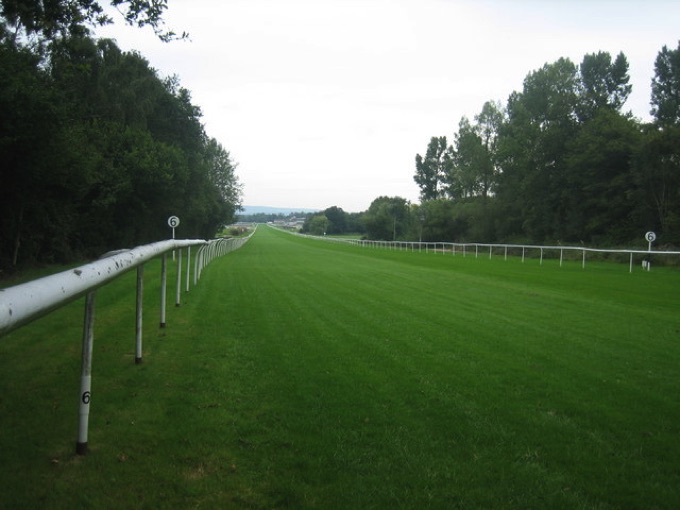 As mentioned earlier, it isn’t automatically the case every time that the lower draw is always the best one to get. The proof of that is in the pudding of the turf track at Lingfield, where a high draw puts horses closer to the rail than the lower draws. It’s also a course that often has smaller fields, so the most commonly used gates were those between one and eight.

When betting on a race on the turf at Lingfield, therefore, firstly make sure the distance is between five and seven furlongs as they’re the races that display the draw bias most often. After that, have a look at the horses starting the event in gates five to eight, which tend to finish as winners more often than those that start life in gates one to four. If it’s a bigger field and the higher gate numbers are used then bear that in mind, too.

The key to racing at Beverley is the fact that the last bit of the course runs uphill and slopes to the left, meaning that there is a distinct advantage give to horses that are drawn low and can maintain their position as they’re heading towards the end.

At Beverley, horses that are drawn in gates 1 and 2 are almost seven times more likely to win the race than those drawn in gates 10 and 11. This is on the five furlong course, though it’s worth bearing in mind that it’s also an advantage on races run over seven furlongs. 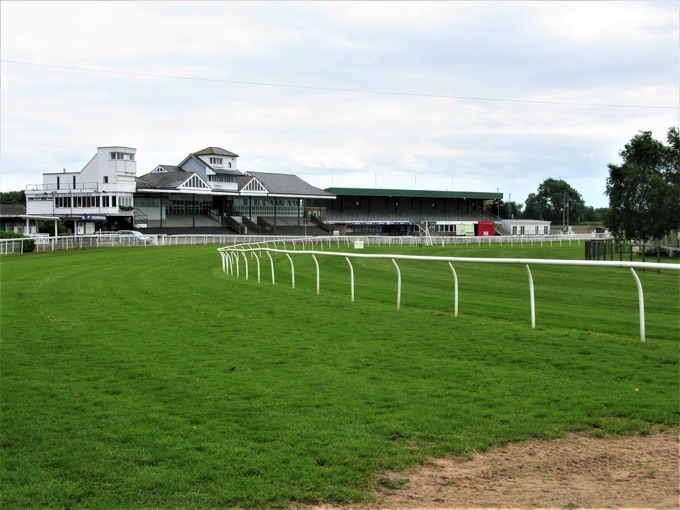 The course at Catterick offers runners a sharp track that mostly runs downhill, with the bend in the track running to the left and being comparatively quite long. Runners drawn in low gates for races that are run over between five and seven furlongs do better than their alternatives that are drawn in the higher gates.

As with every course, thinking about the weather and the likelihood that the horse drawn into the chosen slot would have of winning the race in the first place are both worth bearing in mind. After all, if a horse is rated as a 100/1 outsider then there’s only so much that a draw bias is going to allow them to overcome. 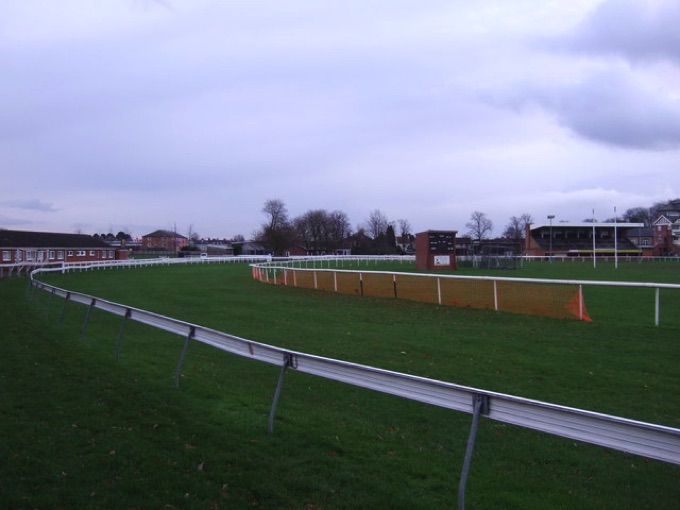 Last but not least, then, a quick mention for Thirsk Racecourse. It follows the turf course at Lingfield in the sense that it offers an advantage to horses that are drawn higher rather than lower, going against the grain. The higher gates are the ones that sit closer to the rail and therefore have to run less of a distance than the horses drawn in the lower gates.

This is also a course that draws attention to the importance of keeping an eye on the weather. If it’s been raining in the days building up to the racing then you’ll find that the horses tend to be kept to the middle of the track because it’s firmer than at either extreme. In that instance, the higher gate draw isn’t all that relevant but a middling draw might be useful.