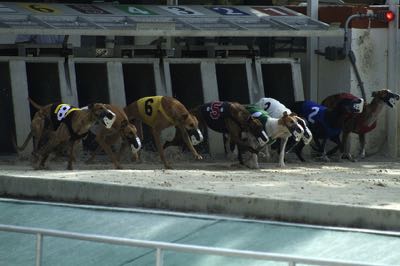 Elsewhere on this site, you can read about the fact that some bookmakers will give you several different options for your bet when it comes to betting on the trap number rather than the dog. Whether it be betting on Odds or Evens or opting for Inside versus Outside bets, the idea is that you have more choices available to you when betting on the trap instead of a specific dog. On that page, we briefly touched on the idea of Trap Challenge Betting, which is a type of bet that is based on which trap will see the most winning dogs during the course of a meeting.

With the majority of greyhound meetings in the United Kingdom offering as many as 14 races during the course of the event, it is no surprise that Trap Challenge Betting is popular with punters. It allows you to have a bet of some sort live for the majority of the races, but costs significantly less money. A bet on trap 1 seeing the most winners out of the races during a meeting with 14 races, for example, will be alive until the eight race at the very least, but it will only cost you one stake amount. That, amongst other reasons, is why it’s such a popular wager.

What Is Trap Challenge Betting? 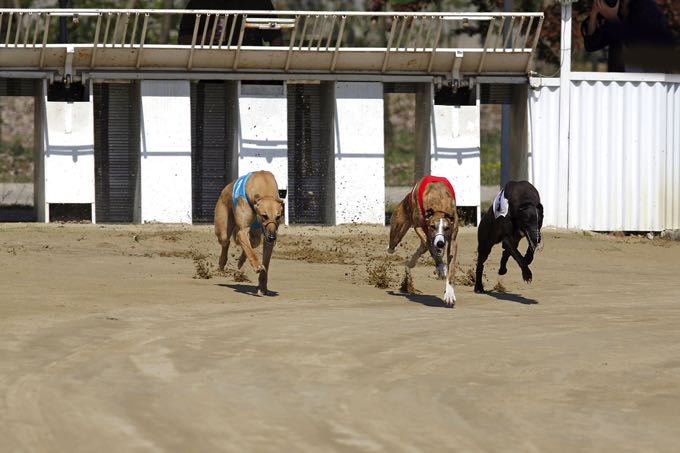 Since greyhounds were first raced on British soil in 1776, there has been a desire to bet on which dog will be the fastest. Though certain technological advancements have been introduced to the sport since then, such as the use of a mechanical lure, the sport remains much the same as it did hundreds of years ago. One of the biggest changes that has been introduced is the types of bet that you can place with bookmakers and, from the bettor’s point of view at least, the sheer wealth of information available to punters.

One example of this is the Trap Challenge bet, which is a relatively simple wager to understand. During a meeting, there will usually be six traps used to contain the dogs. As well as the winning dog, the trap that said dog ran out of will also be noted down by the bookmakers and course organisers. Your job as a bettor on the Trap Challenge is to figure out which trap at a course will have the most winners running out of it. The exact number of winners isn’t relevant, just whether there are more winners than any other trap used at the meeting.

It is usual for Trap Challenge bets to have been priced up before the meeting gets started, given that most punters will want to include the first race in their betting. Typically, you don’t get to alter your bet once you’ve placed it, so you won’t find Trap Challenge Betting on the list of In-Play bets offered by bookmakers. Instead, you place your bet ahead of time and then allow it to run its course once the races have got underway. It can be a good way of maintaining an interest in a large number of races at a meeting.

The Way to Think About Trap Challenge Betting

In one sense, Trap Challenge Betting asks you if you’re able to pick the winner of every single race at a meeting. With as many as 14 races to pick, that would be a nigh on impossible job that would be worth huge odds if you were to actually do it. Of course, in reality you don’t really need to pick every winner and have a lot more leeway available to you if one of your selections fails to win. That isn’t the case with accumulator betting, which sees your wager become a losing one the second one of the 14 dogs doesn’t win.

As a result, you can think with a touch more flexibility when you’re considering which trap to bet on. If you’ve bet on the winning dog coming from trap 3 in the seventh race and it’s actually in trap 1, it’s likely that it won’t make much of a difference to your bet. You are simply being asked to identify which trap will produce the most winners, not the winner of every single race. If you’re not sure which greyhound is going to run out as the winner in one of the races on offer, go with your instinct and don’t worry too much about it.

Let us imagine that the meeting that you’re attending has 12 races and the dogs are running out of six traps. As a result, you can imagine that each trap will produce two winners over the course of the evening if everything is fair. In reality, trap 3 is the favoured trap at this course and five of the winners come from it, with one of those being ‘taken’ from trap 2 and two others coming from trap 6. Instead of an even spread, therefore, the end of meeting details look like this:

You can see that the rest of the traps at the course have taken a relatively equal spread of winners, but the one that you’ve bet on, trap 3, has seen the majority of winners come from it. That is the sort of thing that will see you win your bet even though the meeting itself has been relatively fair across most traps. Until the final couple of races, your bet will have been a live one and you could still have an interest in the last couple of events, even if your main bets died long before and your acca fell by the wayside.

Things to Think About with Trap Challenge Betting 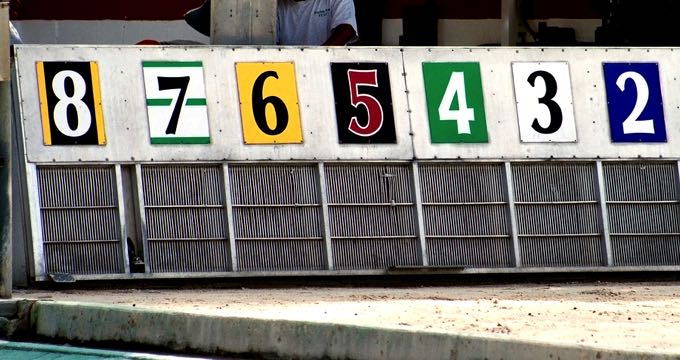 There are several things that you need to think about when it comes to betting on the Trap Challenge. The first is that Dead Heat rules apply, meaning that if two traps finish with the same number of winners and you bet on one of them, your stake money will be divided by two before you get your payout. This can obviously impact how much money you get to take home with you, which isn’t out of the realms of the possible at a fair course or at a racecourse that has bias towards two of the traps in particular.

This also applies to working out which trap has been the most successful. Which is to say, if you bet on trap 3 being the most successful trap and in one of the races the dog from trap 3 and the dog from trap 6 end in a Dead Heat, you will get half a point towards your trap selection. This could work in your favour if two traps finish with the same number of winners but you have your half a point from the Dead Heat race, but it can also work against you if you end up missing out on a payout by half a point because of that Dead Heat.

One of the biggest things that you will want to do some research about before engaging with the Trap Challenge wager is the trap bias at the course that you’re attending. Pretty much every single greyhound venue in the United Kingdom boasts some sort of a bias, with plenty of information out there for you to look up.

Whilst all traps will win equally across the entire country, each course has its own bias that will result in more dogs running out of it winning their race than the dogs in other traps during the meeting. As an example, here is a look at the outcome of a real meeting featuring 14 races, demonstrating the trap bias:

It is pretty clear just from looking at the table that trap 2 was the most successful one of the night, seeing six dogs in a row run out of it. Indeed, over the course of the meeting the trap was responsible for 50% of the winners. In truth, you are unlikely to find a Trap Challenge that has such a clear favourite trap and even if you did the odds on it being successful would be really low, but it does at least give you a sense of how a trap bias can have a major impact on the results of a meeting at a given course.

That doesn’t mean that you should bet on every dog running out of that trap winning its race, given that you can see that the other traps produced winners too. Instead, it is something that you can weigh up thinking about when looking at which dogs are in which traps. If you know that the favourites are mostly in trap 1 and that there is a trap 1 bias at the racecourse, it would be silly not to bet on that trap in your Trap Challenge bet. You might lose the wager, but at least you’ll lose it knowing that you’ve made the sensible call.