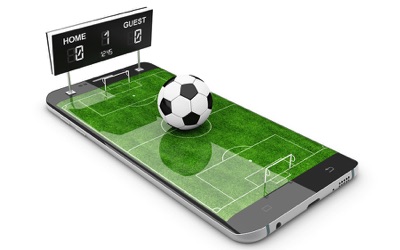 Football is a game in which two teams with eleven players on each side go up against each in order to score more goals than the other and thereby win the match.

With that in mind, deciding on a bet to place can be tricky, given the sheer number available to you, yet one thing you’ll know for sure is that there will be a score at the end of the 90 minutes. This is a look at the various bets you can place around that very topic. 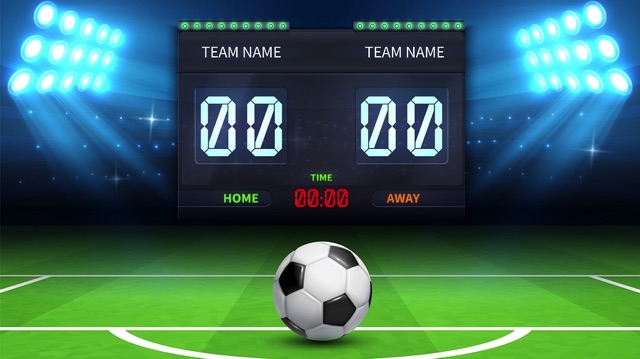 When looking at football betting, there are two bet types that are remarkably easy to understand: Match Result and Correct Score. The former is a decision about whether the home team will win, the away team will win or the match will end in a draw. The latter is a bet on what the score will be when the referee blows their whistle to draw the game to an end. The good thing about it is that it is a binary bet, which is to say you’ll either win it or lose it depending on the final score and there’s nothing in-between.

The downside is that it isn’t easy to predict the final score of a football match. Sometimes you can look at two teams, investigate their history and decide that it looks as if it has ‘0-0 written all over it’, only for it to be an extremely exciting 4-4. Likewise, two of the highest scoring teams in the division can go up against each other and you’ll convince yourself that it will be full of goals only for the two to cancel each other out and leave nothing separating them at the end of the game.

What You Need to Do

The majority of bookmakers will offer you a list of possible Correct Scores, which looks a bit like this:

What you need to do is select the score that you think is most likely to happen and click the box underneath it displaying the odds, which will result in it being added to you bet slip. Then you simply choose your stake and place your bet before watching the match play out.

As with any bet you place, the key thing to do before you head to your bookmaker of choice is do some research. There are numerous things you can take into account before placing your wager, with the following being a handy list to bear in mind:

If you know that one of the two teams playing has been scoring two or three goals per game whilst keeping clean sheets and the other has been conceding a similar amount but struggling to score them then thinking about a 2-0 or 3-0 scoreline would make plenty of sense. Having a quick look at the recent results of both teams will give you a good idea of the sort of form their both in, but don’t forget to check for things like whether the manager has been sacked and replaced or anything like that.

When thinking about key players as far as Correct Score betting is concerned, it’s really easy to concentrate on the strikers, what with them being the ones that stick the ball into the back of the net and all.

Yet defenders and goalkeepers can also make a huge difference to a team’s ability to concede, which is just as relevant. As an example, here’s Liverpool’s goals conceded in the Premier League in the 2016-2017 and 2017-2019 seasons:

You might be wondering why that’s relevant, with the answer being that in January 2018 they signed centre-back Virgil van Dijk, who made a huge difference to their defensive record but they will still weak at the back. In the summer of 2018 they spent a then-world record fee to sign goalkeeper Alisson Becker from Roma. In the 2018-2019 campaign they conceded just 22 goals, which was the lowest in the division.

Clearly, if you were looking at the Liverpool team and saw that Alisson was injured for the upcoming match then you might bet against them keeping a clean sheet. Equally, Mohamed Salah finished both the 2017-2018 and 2018-2019 season as the Premier League top or joint-top scorer, so if he was missing through injury or suspension then you might wonder whether Liverpool were likely to score as many goals. It’s all the sort of thing that research can help you out over.

Is the Match Crucial?

The final thing on the list is whether the match is a crucial one. Obviously all matches are crucial when you consider that they count towards something, but a game in the middle of November doesn’t seem as important as one on the final game of the season if the final game has something riding on it.

Let’s say that Manchester United need to beat Aston Villa by two clear goals in order to finish in the top four. In that instance, you would want to consider scorelines that see the Red Devils winning by at least two goals because it matters more.

The Over / Under Market 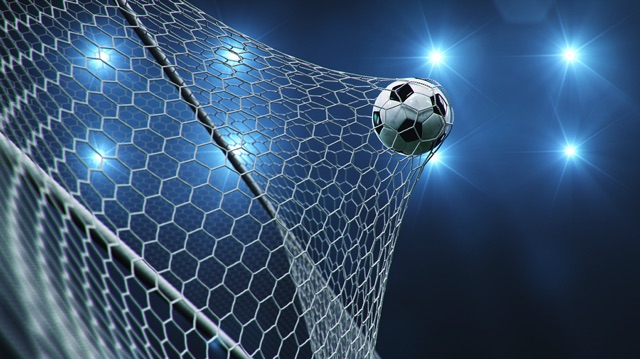 If Correct Score betting strikes you as being a little bit too specific, then you might want to have a think about the Over / Under market instead. Here you don’t need necessarily need to specify which teams will score the goals, but can instead opt for how many goals you think there’ll be in the match and bet accordingly. Here’s how it looks:

The Total Goals market is a bet on the total number of goals you think will be scored in a game, irrespective of which team scores them. You’ll note that the goals offered are all .5, which is in order to avoid the bet being unsettled. With that in mind, you think how many goals you reckon there’ll be and then you place your bet on the Over market, if you think it’s more than a given amount, or the Under market if you think it will be fewer.

Essentially, any scoreline that results in the goals adding together to make more than 3.5 would be a winning bet on the Over market, whilst anything adding up to less than 3.5, such as 0-0, would be a losing bet.

Other Over / Under Markets

As you can imagine, the odds on Over / Under aren’t as good as they are for Correct Score bets because you’re giving yourself far more options. If you think that the match will end 2-2, for example, then you’d be offered odds of 14/1 by the bookmaker offering 3/1 for the Over 3.5 Goals market.

One thing you can do is explore the market of Over / Under for a specific team instead. This will lower your expected return, but might present you with a bet that you can feel a bit more confident about because of the fewer variables you need to take into account. Here’s how the market can look:

You can see that the odds aren’t exactly hugely in your favour, with a 50p bet on both teams scoring over 1.5 goals likely to return £2.87 as a Multiple rather than the £3 you’d get if you bet on the match containing over 3.5 goals. That being said, this bet would allow one team to win 3-0 and you’d at least see some return heading your way.

This market is a difficult one to know exactly how to use it, but you’d be well-placed to consider the pros and cons of betting on a specific team scoring or conceding rather than the goals of the match as a whole if you want to cover your bases. Don’t forget, this is exactly when research into the likes of which team is in the best goalscoring form and whether any players are missing comes in handy. 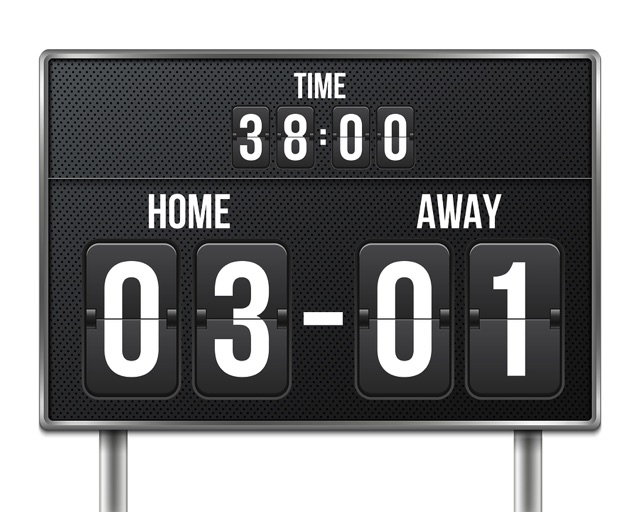 In terms of limiting your liability even further, the Both Teams To Score market is perhaps the simplest of the lot. This does exactly what it says on the tin, asking you to predict whether or not both teams playing in the match will score a goal. That’s it. Once again, it’s a binary choice between Yes, both teams will score, or No, they won’t.

It’s worth bearing in mind that the No option doesn’t mean that the match is going to end in a 0-0 draw. One team can score and choosing No would still be a winning bet as long as the other one didn’t. Likewise choosing Yes doesn’t mean that you think the match will end in a draw, with 10-1 being a winning scoreline as it means that both teams got on the scoresheet.

It’s also worth remembering that this type of bet doesn’t require you to predict how many goals there’ll be, nor how they’re scored. They can all involve a pigeon with giant legs coming down and kicking the ball into the net, just as long as the referee allows the goal to stand and you’ve made the right selection regarding whether or not both teams will score.

Match Result & Both Teams To Score

As you can see from the above example, there isn’t necessarily a huge amount of value in the BTTS market, with bookmakers often giving the same or very similar odds to either outcome. One way that you can find a little bit more value is by looking at the Match Result & Both Teams To Score market, which looks like this:

As you can see, you’re given a number of options here and the value opens up as a result. Sticking to the idea of a 2-2 draw, that would equate to selecting the Draw and Yes option, which is 7/2 and therefore better than the 3/1 odds straight on the 2-2 Correct Score. That’s worth bearing in mind as it means that the match can finish as any score draw result and you’ll be paid out.

I’ve spoken already about doing your research, but it really is an important thing to do when it comes to the Both Teams To Score market. We all like to think that we’ve got a knack of predicting how a game will go or what a scoreline will be, but the reality is that it’s very difficult to do. As an example, here’s a look at the various scorelines in which both teams did not score during the 2018-2019 season:

In a Premier League season, 380 games are played in total. Of those games, 184 ended in a win for Both Teams To Score – No bets. That means that 48.42% of matches would have been winners if you’d opted for No on the BTTS market in every single game during the season. Conversely, of course, 51.58% of bets on the Yes market would have been winners.

Figuring out which matches are likely to result in both teams scoring and which ones won’t isn’t an easy thing to do, but knowing the maths can help you decide whether it’s even worth bothering with in the first place. Certainly if you’re caught in two minds about which market to plump for then the figures suggest you’d be better off opting for Yes, but it’s a close-run thing.