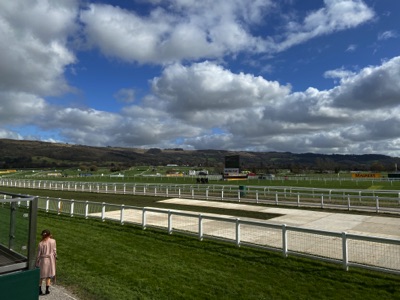 We covered the Going in passing when we wrote about the various track surfaces available for horses to race on, but thought it might also be worth writing a slightly longer piece here to make abundantly clear what people are referring to when they talk about the Going at a racecourse.

It’s a phrase that anyone with even just a passing interest in racing will have heard but not necessarily know exactly how it can affect a race. In its simplest form, the Going is the state that the ground is in when a race is about it begin. How soft or hard it is will affect a horse’s ability to run on it quickly or otherwise, with flat racing and jump racing tending to prefer different surface types.

The Different Types of Going and What They Mean 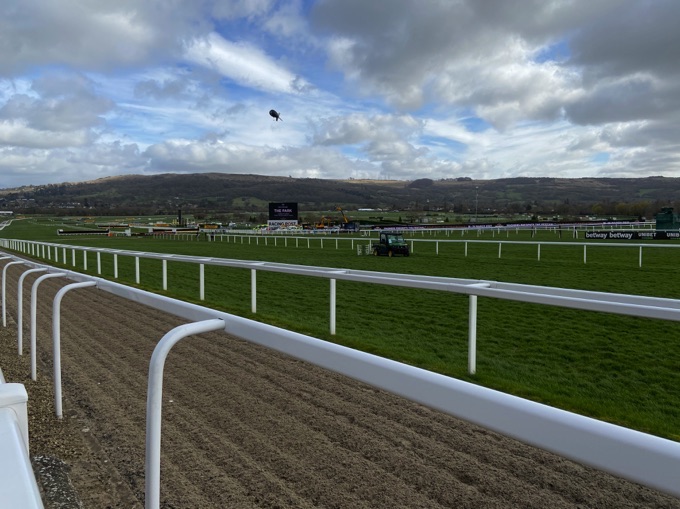 The most important place to start is with the various types of going that you’re likely to come across when doing your research into a race meeting. There are six of them in the United Kingdom, with others coming into play when you look further afield. Here are the six British types:

This is the most likely Going to be reported if the weather has been particularly wet in the build-up to a meeting. It is the sort of state you’d image the ground to be in if someone referred to it is ‘boggy’, generally tending to be muddy and tending to come about after a heavy rainfall.

Of the six main types of Going, Heavy is the one that is most likely to influence a race because only horses with exceptional stamina can be pushed to their limits on a Heavy course. The water soaks into the ground, making it tough for a horse to run on because their legs are likely to sink into the ground and be tough to lift back out.

Slightly easier to run on than Heavy ground but still tending to be what’s found in the winter months because it requires moisture to make it what it is. This is the ground that jumpers prefer because it’s easier to land on when they’ve come over a fence.

Whilst it’s preferred by jumpers and it’s not uncommon for some horses to essentially specialise on soft ground, races run on it are much slower than on firmer ground so don’t be expecting horses to be lightning fast if the Going is Soft.

In Goldilocks terms, this ground is the porridge that she eats. It’s neither too hard nor too soft and is, much like the porridge, just right. If a racecourse’s groundskeeper was able to select the type of Going he’d like to be in place all year round then they’d opt for Good for the simple reason that it doesn’t tend to favour any particular type of horse and is therefore the fairest to race on.

Racecourses that are managed well to encourage the Going to be Good as often as possible benefit from the biggest fields for their races because trainers don’t have to worry about specialist horses or about their own not being used to the ground type. It is as middle of the road as you can get in horse racing.

You’ll sometimes see Good to Soft listed between Soft and Good, but it makes sense to me to put it afterwards because you now understand the difference between the two Goings. It is a slightly misleading title, though, because it suggests it’s a cross between them both when in actual fact it tends to mean that the Going is Good for most of the course but will have Soft patches in places.

The best way to think about it is as though the course has been maintained really well but certain sections of it don’t drain as well as others, meaning that they’re a bit softer than most of it. It’s the Going that the bookmakers probably like the least because it’s unpredictable to a degree, being something of a leveller during the race.

A reasonably self-explanatory title, Firm ground is the one that horses that run on the flat tend to prefer. It lends itself to a fast race because there’s nothing stopping the legs of the horses from picking straight up after landing and getting on with things.

It’s the surface that’s most common during the summer because, and you might have been able to surmise this already, it’s the one that has the least moisture and is therefore usually the case in the dry, hot months.

Again, it’s common to see the description for this Going in a different place in lists elsewhere but I like to be unique. It’s a midway point between Good and Firm, as you’ll probably have guessed, and is the second-quickest surface type in horse racing.

On a lot of racecourses you’ll find that the ground staff will sometimes add water to Firm courses if there’s no rain forecast in the hope of making the Going Good to Firm because it’s arguably more preferable to have a slight degree of softness to the turf for the safety of the horses.

As mentioned earlier, there are other Going types not mentioned in the list above that are worth looking out for if you’re watching racing outside of the UK.

A common expression in Irish racing, it is basically the equivalent of Good to Soft mentioned above. It can be confusing because you can sometimes see the Going written as Yielding to Soft, which implies it’s more on the Soft side than the Good. Regardless, it’s a surface type that means there’ll be patches of soft turf on the course.

The first of three Goings that are unique to all-weather courses, Fast means that there is almost no moisture allowing the surface to be dry and therefore quick. The clue is in the title, with fast races common on this surface type.

The going is pretty much perfect and smack down the middle, boasting just the right amount of moisture to lend itself to an exciting race.

A racing surface that has plenty of moisture will often be called ‘Slow’. It’s the equivalent of Soft ground on the turf Going list above and is pretty much the slowest surface type you’re likely to encounter on an all-weather course.

One final thing to note about all-weather courses is that the artificial nature of the surface means that the various parts of the course can be altered and adjusted in order to negate draw bias. If one gate is more favourable than another, for example, then the ground staff can make the Going worse in front of it to remove the in-built advantage to the horse starting the race from that gate.

How the Going Is Identified 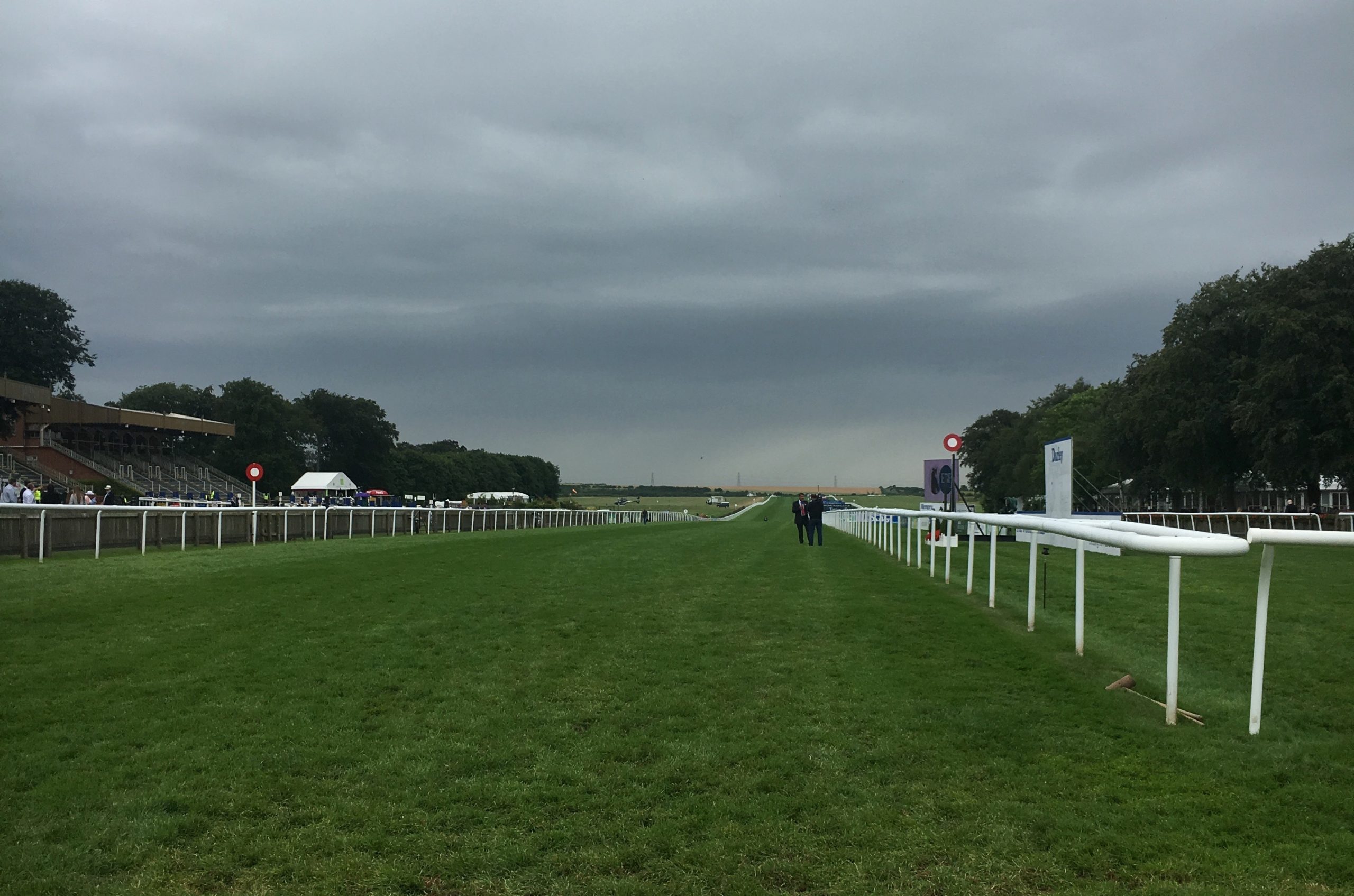 Since 2007 the Going on a racecourse has been determined according to the use of a brilliantly named device called a GoingStick. This is used to probe the ground on a racecourse and it will give a reading that indicates how much moisture there is in the ground.

It’s fair to say that the technology has advanced somewhat in recent years, given that before the GoingStick was created the Going would be determined according to the Clerk of the course simple sticking an umbrella, waking stick or even the heel of their boot into the ground to assess how spongey it was…

Why the Going Matters

Now that you understand what the various types of Going are, a quick word about why it matters. Every horse has its own way of running that will favour a particular type of Going. If a horse’s gallop is quite flat, for example, then they’ll prefer a firm Going as it will mean that they don’t need to lift their legs high to escape from a wet or muddy turf type.

Equally, of course, if a horse’s gait sees them lift their legs quite high then they’ll naturally do well on a softer turf, if for no other reason than their hoofs will come down on the turf from higher up and therefore the softer it is the less shocking it will be.

Perhaps the most crucial thing to think about when it comes to analysing the Going is how a horse has done in previous races on the same surface type or different surfaces. Let’s say, for example, that a horse has won its last four races when the Going has been Good, what will happen if the Going on the next course is Heavy? Their form might suggest that they’re on a hot streak but the change in Going could see them really struggle.