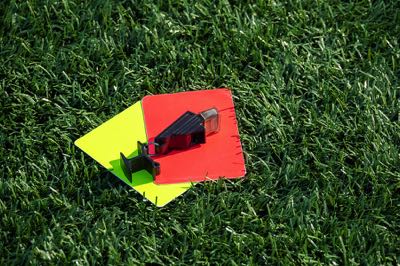 Most teams have a player that tends to always pick up bookings, with the likes of Granit Xhaka and James Milner having made a career out of doing it. With that in mind, it is not uncommon for punters to head to their online bookmaker’s site with the plan to place a bet on them being booked during an upcoming match. If you have found yourself in that position, you might well have noticed the ‘Booking Points’ option and wondered what, exactly, it was all about. It is never good to bet on something you don’t understand, so you provably steered clear.

Whilst different sports tend to share various betting markets, even if they sometimes call them by a different name, Booking Points are exclusive to football, largely on account of the fact that football is the only sport that sees yellow and red cards brandished to players for their behaviour on the pitch. For bookies, yellow cards are worth ten points, two yellow cards followed by a red are worth 35 points and a straight red card is worth 25 points. Armed with this knowledge, you can then bet on the number of points that will be awarded during a match.

What Are Booking Points?

Simply put, every time the referee brandishes their card during a football match, it is worth points. How many points it is worth depends on the bookmaker, but generally speaking, points are awarded as follows:

Bookmakers aren’t shy about letting you know how many points they award during a match, so you can often find the information on their website, precisely where you’d be able to place a bet on the Over / Under for Booking Points.

One thing to bear in mind is that most bookmakers do not count any cards that are issued to managers on the sideline or players that are on the bench. This means that you don’t need to worry if your bet looks like it’s going to come in and then the manager antagonises the referee and gets sent off. Sometimes a bookie will refer to is as ‘Bookings Odds’ rather than ‘Booking Points’, but the theory is still the same and it works in the same way.

How the Bet Works 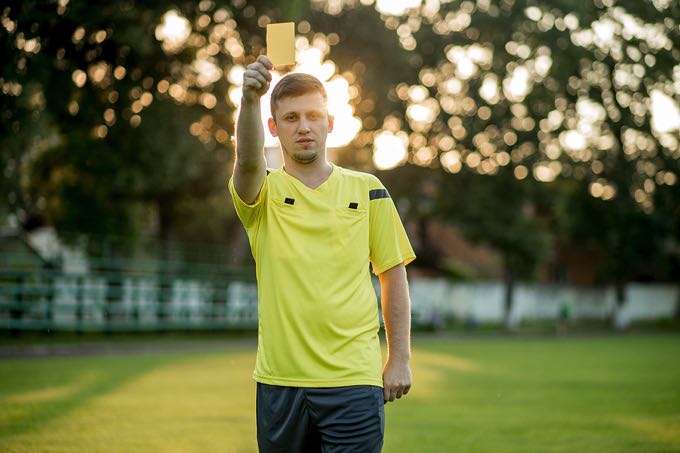 Now that we know what Booking Points are and how they’re calculated, it’s worth having a look at how the actual bet works. As with so many things in betting, different bookmakers will treat the specific wager in their own way. Even so, there are certain aspects of the bet that all bookies will treat the same way, such as the awarded of points, even if the specifics of how many points are awarded differs from company to company. The majority of bookmakers treat Booking Points markets as an Over / Under.

When you’ve found the correct bet on your bookmaker of choice’s website, you’ll usually see some options along the lines of ‘Under 40 Points’, ‘Exactly 40 Points’ or ‘Over 40 Points’. This is a relatively self-explanatory bet, but in essence, you need to decide whether you think the referee is likely to brandish their card enough times to take the total number of Booking Points earned during the match about the 40 point mark. Again, one bookie might set the cutoff at 40 points whilst another might have it higher or lower.

The nature of the points awarded is such that a bet on Exactly 40 Points is really one saying that you think that there will be precisely four yellow cards given out by the referee. If a red card is issued, either as a straight red or as two yellows, you’ll immediate be on an uneven number, thereby making it impossible for exactly 40 points to end up being the total for the match. Even two red cards would make it 50, thereby taking you into the Over bracket. As a result, betting on Exactly 40 Points is not the most sensible wager to place.

In terms of what a 40 point bracket would cover, an Under 40 Points wager would allow for the following combinations:

Obviously, you could go under those things, but that is the maximum that would be allowed in each category to see an Under 40 Booking Points come in. Anything over that would mean that an Over 40 Points bet would be a loser, whilst an Over 40 Points wager would win. As mentioned elsewhere, an Exactly 40 Points market would require precisely four yellow cards to be used during the 90 minutes of the match.

There are a wealth of different things that you need to think about when considering the Booking Points market. There are numerous websites out there, including the Premier League’s own site, that will tell you how often referees issue cards. At the time of writing, for example, Martin Atkinson has refereed seven Premier League matches and issued two red cards and 16 yellows. That works out as 210 Booking Points, presuming that none of the red cards have come on the back of two yellows. That is an average of 30 points per match.

Michael Oliver, meanwhile, has taken charge of the same number of top-flight matches but has issues one fewer red cards. Even so, the fact that he has given out 23 yellow cards means that he’s been responsible for 255 Booking Points, which equates to 36.42 per match on average. Finally, David Coote has been the man in the middle five times, giving out one red card and 25 yellows during that time. That amounts to 275 Booking Points, again presuming the red card wasn’t for two yellows. That’s an average of 44 Booking Points per match.

Clearly, who the referee is going to be is one of the key factors you’ll need to consider when toying up how many points you think will be awarded during a football match. Another key consideration will be the two teams that are playing, with a well-known animosity likely leading tor plenty of cards being given out. There was clearly no love lost between the Paraguayan youth teams of Sportivo Ameliano and General Caballero, with the referee sending off 20 players back in 1993, doubtless busting Booking Points bets all over the show. 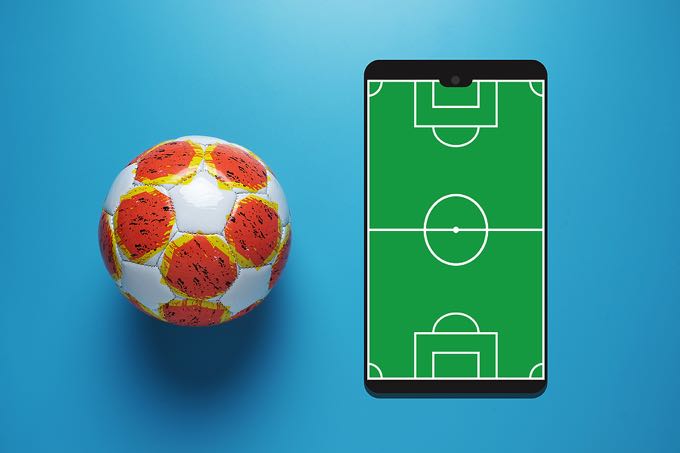 The number one tip that any punter can ever be given, irrespective of the bet that they’re looking to place, is to do their research. There is no shortage of information online about how teams are doing for bookings during a season, as well as the aforementioned knowledge you can glean about a referee’s performance. If you see that Liverpool are playing Everton, for example, then that is likely to have a good number more strong tackles and bookings involved than if you were watching Brighton & Hove Albion against Arsenal.

In this day and age of constant trolling and people behaving appallingly towards one another online, it is unusual to say that the internet it your friend. In this case, however, that is very much true. Even the most cursory of internet searches will give you a sense of how an upcoming game is likely to go. That doesn’t mean that the research that you do will always prove to be correct, but it’s certainly the case that looking at the facts from matches that have gone before will put you in a position to know what’s likely to come next.

There Are Other Card Markets

If you decide that placing a bet on the number of Booking Points that will be awarded during a match is simply too variable to get involved with, you can look to a number of different markets instead. You could, for example, bet on the total number of cards that are going to be shown during the 90 minutes of the match, or which team will be shown the most cards. Indeed, card betting markets are numerous and can be twisted and turned numerous different ways, which makes them so appealing to some bettors.

You can bet specifically on a player that will be shown a card, as well as which ones will be booked or sent off. You can look towards the Over / Under on cards for the home team or the away side, as well as opt for a bet on the first player to be shown a card of any description. If you want to be more specific, you can place a bet on the player that will be booked first, so there really are a wealth of different options that you can look towards that do involve betting on cards but aren’t so specifically related to the Booking Points market.