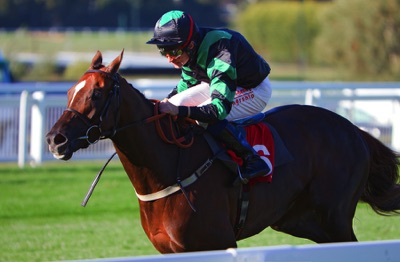 When it comes to horse racing, handicapping is something that most bettors know about and vaguely understand the concept of but perhaps don’t totally realise how much it influences the results of races. Until you completely get your head around the handicapping system you’ll always be at a slight disadvantage when compared to other punters and definitely compared to the bookmakers you’re going up against.

In its most basic form, the idea behind the handicapping system is that the horses taking part in a handicap race are graded before being asked to carry extra weight in order to make it a level playing field. In their dreams, a handicapper would love to see every horse taking part in a race crossing the finish line simultaneously as that would mean they’d done their job perfectly, but of course it never works out like that. Regardless, I’ll talk you though the entire system here so that by the time you’re going to place your next bet on a handicap race you’ll have a much better idea of what you need to think about.

What Are Handicap Races? 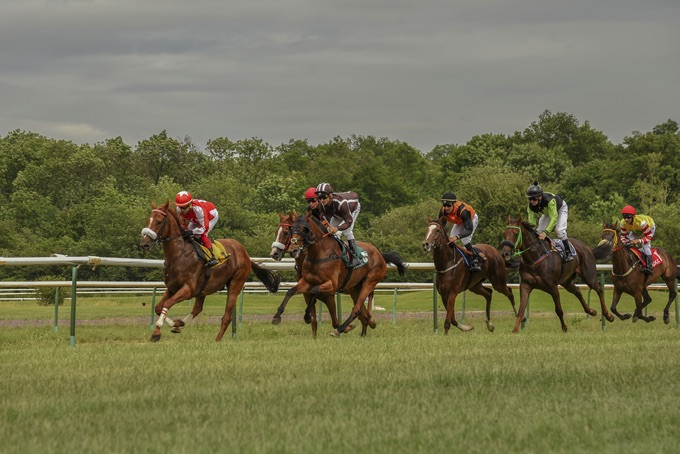 The first thing to discuss is what, exactly, handicap races are. It’s worth noting that not every race is a handicap, with some just being normal races in which the restrictions come in the form of the likes of the age and gender of the participating horses. Handicap races differ because they require a handicapper to look at the ability of all of the horses and then ask them to carry various weights in order to make it as level a playing field as possible.

In theory, if a horse carries extra weight then it will slow them down a little bit. If you’re not sure what I mean, do a quick run from one end of your street to another and time how long it takes you. Then do it again carrying a backpack full of bricks and see if you’re any slower. The same thing works with horses, with the theory being that that if you give the best horse more to carry than the worst horse then it will mean that they’ll be closer to each other in terms of ability. It is designed to give lesser horses an advantage and better horses a disadvantage.

In reality, though, the best horses are mostly too strong to be overly affected by the addition of weight to them in such relatively small amounts. On top of that, the best horses aren’t just the best because of their speed. That’s why horses are rated and races sometimes apply a limit to the quality of horses that are allowed to enter. If you had a race that was only for horses rated between 0 and 55, for example, then a horse with a rating of 140 wouldn’t be allowed to enter.

How Handicap Ratings Are Decided

Just as golfers need to play the same course several times in order to establish their handicap, so too do horses need to race several times to give the handicappers a clear idea of their ability. The British Horseracing Authority monitor every race that a horse enters in order to determine their performance figure, which in turn help to influence the handicap that the horse will carry in any given race.

They watch each race several times so as to see exactly why they finished how they finished, taking into account everything that happened during its running. There are a number of things that the BHA will bear in mind when analysing a race, such as the following:

That list is far from exhaustive but it gives you an idea of the sort of thing that is borne in mind when a horse’s performance figure is being calculated. The figure from every race a horse runs in its career is kept hold of by the BHA who then refer to those figures when they look at every horse’s handicap rating to decide if they’ve got it right. Indeed, the BHA has handicapping tools that they use and look at the following to help them with their decision making:

Let’s take a race between four horses I’ve made up to explain what I’m saying. It’s a race in which all horses carried the same weight and the BHA looks at it to explore whether or not they’ve got the weightings right:

In this instance, one length is the equivalent of two pounds, so the handicapper simply needs to multiply the number of lengths behind the winner the horse was by two pounds in order to determine how much weight should be removed from them for their next run. In the example above, MadeUpHorse will carry the same amount, InventedHorse will carry two pounds less, FictionalHorse three pounds less and FakeHorse four pounds less.

Things are far more complex than that, of course, with the handicapper also having to think about the different horses’ previous performances and how this race has worked based on the criteria mentioned above, but that gives you a simplistic idea of how they’ll think about things. 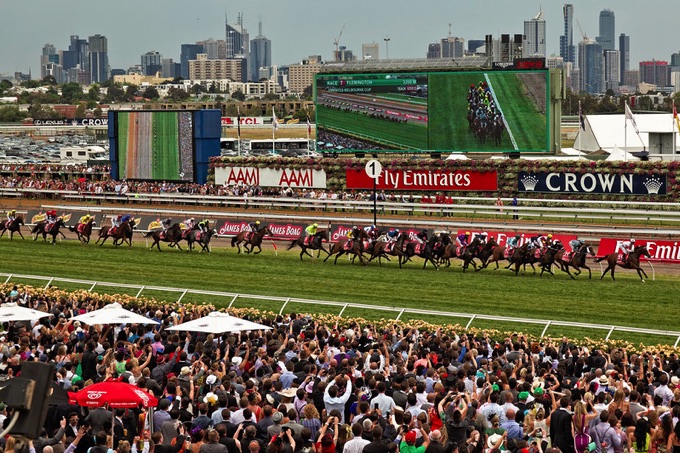 The Melbourne Cup is a well-known handicap race (Charlievdb / Flickr.com)

Once a horse’s performance figure has been determined it will be used to decide their rating. The rating of every horse is then used to decide how much or how little weight each horse taking part in an event will need to carry. The top-rated horse will carry the most and every horse thereafter will carry less weight.

One thing to remember is that the weight includes the weight of the jockey and all of the equipment, so if the combined weight of that is, say, ten stone and eight pounds and the horse is supposed to carry eleven stone then they’ll only have two pounds added. The rule of thumb employed by the British Horseracing Authority is that it’s one pound per number less in the rating.

In other words, if the top rated horse is rated at 140 and the lowest rated is 120 then the lowest rated with carry twenty pounds less than the highest. One thing to note is that a horse that has a lower handicap than the lowest handicap allowed can still run in the race, but it will carry the lowest amount available and will be said to be ‘running from out of the handicap’. Conversely, a horse that comes outside the top allowed weight has to carry extra weight to make up for it.

Other Factors at Play

There are other things that you’ll need to take into account when lining up your bets other than just how much weight each horse will be carrying. For starters, apprentice and conditional jockeys are giving a weight allowance that others don’t get given. Likewise, a weight-for-age scale can come into play in certain races, whereby the horse’s age will dictate how much weight it will have to carry.

The weight-for-age scale is far too complicated to go into here, bearing in mind that it depends on not only how old the horse is but also the time of year and whether it’s from the Northern or Southern hemisphere. If you want to go into that sort of detail then I’d recommend checking out the British Horseracing Authority’s page on the matter.

It’s easier to talk about the allowance given to apprentice and conditional jockeys because it tends to be fixed. When looking at flat racing a jockey riding as an apprentice gets a seven pound allowance that moves to five pounds after they’ve won their twentieth race and then three pounds after winning fifty races. They will have no allowance once they’ve won ninety-five times.

It’s slightly different for jump jockeys, who will start off with a five pound allowance that drops to three pounds once they’ve won forty races and they’ll get no allowance at all after winning seventy-five times. If the conditional jockey is riding for a stable that they’re attached to in a race then they can sometimes claim as much as ten pounds.

The other factor that you need to think about in terms of weight is any penalties that a horse or jockey might have been given. This can be slightly complicated because the age of a horse dictates what their penalty will be in flat racing but not in jump racing.

A racing week spans from Sunday to Saturday, with the revised ratings published the Tuesday after the week has concluded. If a horse has won during the week they’re allowed to run again but normally need to take a penalty to do so. It’s seven pounds in jump racing, but works as follows on the flat:

That rule came into effect form the first of January 2019. 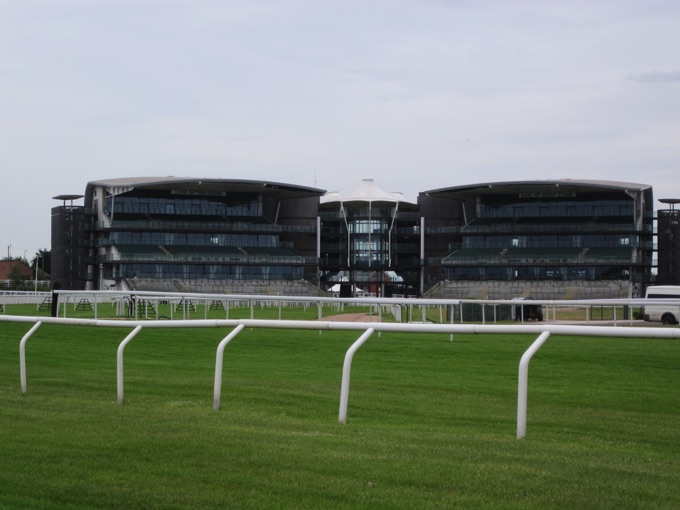 Aintree Racecourse, Home of the Grand National, is one of the best known handicap races in the world (Rept0n1x / Wikipedia.org)

Hopefully all of that helps you to understand how handicapping works in horse racing. The key things to remember are that the handicapper comes up with the weights that horses and they’re based on the horse’s ability, which is determined by the British Horseracing Authority according to the performance figures that have been worked out from every race that they’ve run.

When it comes to betting, what you need to figure out is which horse is better than the handicapper thinks they are. If there is a disparity between what the handicapper reckons is a horse’s ability and their actual ability then they might well run the race better than they’ve been predicted to, which is where you might be able to get the better of the bookie. The key thing to do here is to have a look at their history, doing some research regarding whether they’ve run the same course, distance or both in the past and how they fared with the weight they were carrying when they did.

The best-known handicap races in horse racing are the likes of the Grand National and the Melbourne Cup, with the former taking place at Aintree Racecourse in Liverpool and the latter being an Australian offering. When it comes to the Grand National you’ll want to do all of your research mentioned above but bear in mind that it’s something of a bun fight, meaning that any horse can win it on its day because of the nature of the race.