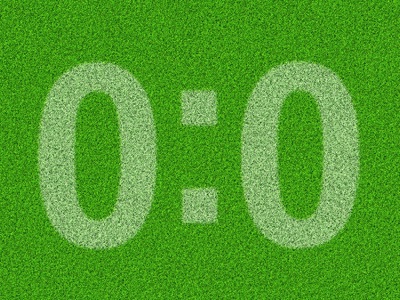 It’s not entirely uncommon for sports events to end in a Dead Heat, though it’s understandable if you’ve dismissed the idea when it comes to football. After all, you’re able to bet on the teams drawing the match, so how could it end in a Dead Heat?

The answer comes in the form of being able to bet on things other than the match result. One such example is with a bet on the top goalscorer in a competition, such as the Premier League or a World Cup. At the end of a tournament, more than one player could have scored the same number of goals, resulting in a Dead Heat. Let’s look at the topic a little more.

In the world of betting, Dead Heat rules apply when more than one competitor ends up as the ‘winner’ of the bet that you’ve placed. The key thing is that nothing can be used to separate the competitors, meaning that they are both technically thought of as winners.

In horse racing, for example, organisers will use photographic technology to see if one horse actually crossed the finish line before the other. The photo finish is a well-known phenomenon in the sport and, in that instance, the horse that crossed the line millimetres ahead of the other will be declared the winner. If they can’t be separated, then it will be called a Dead Heat because there’s no way to separate them.

In football, teams that finish on the same number of points in a league season are usually separated by some metric such as goal difference, goals scored or matches won. That’s what stops them being Dead Heats, but there are plenty of occasions in which a scenario results in two teams, players or other such metric being inseparable. When that happens then a Dead Heat is called. 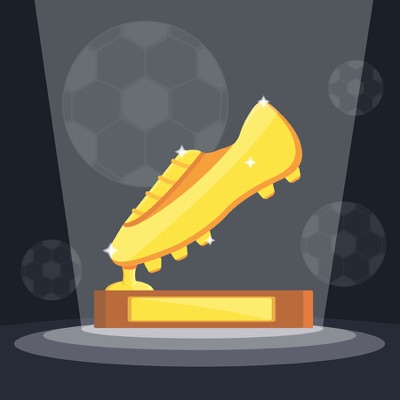 Dead Heats are rare in football. There are numerous reasons for this, with the most obvious being the fact that it’s a sport that lends itself to having criteria that can separate teams and players. The obvious example of this is the aforementioned use of goal difference and so on to separate teams according to the league position.

Even if two teams have randomly managed to end the season with the same number of points, goals scored, goals conceded and games won then there can be a play-off match organised to sort out which one should finish ahead of the other.

There are actually a host of markets that could potentially end in a Dead Heat, such as disciplinary markets, for example. Not all bookmakers will offer them, but in this day and age where you can request a bet, it’s fair to say that there’ll be more than we’re able to look at here.

With that in mind, there are only certain markets that can definitely fall foul of the Dead Heat rules and are almost always offered by bookies, so let’s look at them in more detail.

Look at the various bets that you can place on a football tournament and one of the ones that will come up is betting on the Golden Glove winner. This is a bet on the goalkeeper that will keep the most clean sheets during the competition. In some ways, it’s a slightly misleading award, insomuch as the defence operates as a unit and defenders can be just as important to clean sheets as the goalkeepers.

That being said, anyone who spent time watching Manchester United in the post-Alex Ferguson era will be acutely aware of how important David de Gea was to the Red Devils staying in matches when the defence in front of him was falling apart. Interestingly, since the 2004-2005 campaign, which is when the award was officially introduced to the Premier League, there’s only been one season in which two goalkeepers tied on the same number of clean sheets, thereby causing a Dead Heat.

That was in 2013-2014, when Petr Čech and Wojciech Szczęsny ended the season with sixteen clean sheets apiece. One thing to note when it comes to the Golden Glove award is that it is only based on clean sheets. The number of goals conceded doesn’t play a part in separating the people that are going for the award. Here’s a look at the 2018-2019 season, to give you some idea of how many clean sheets goalkeepers tend to keep during a campaign:

A bet on the player that will score the most goals during a season or tournament is a very tempting one to place. You can often look at previous form to give yourself an idea of the players that are the most likely to be close to the top of the list, considering that putting the ball into the back of the net consistently enough to earn the crown isn’t usually something that comes in streaks.

Just as the Golden Glove award isn’t interested in anything other than clean sheets, so too is the Top Goalscorer bet only concerned with how many goals a player scores. That means that there’s nothing other than goals scored that will be taken into account and two players netting the same number of times means that they’ll be tied. As an interesting case in point, here’s how the Top Goalscorer competition panned out during the 2018-2019 Premier League season:

Three players finished the season on the same number of goals and it could easily have been four, considering that Manchester City’s Sergio Agüero scored just one goal fewer than them. It’s why the Top Goalscorer bet is such a popular and competitive one that people love to get involved with.

One thing that’s important to point out is that the Top Goalscorer bet is a different one to Golden Boot. The Golden Boot is a competition run by certain tournaments that has different rules to the Top Goalscorer, with other factors taken into account when trying to separate players that have netted the same number of times.

When you’re talking about the Golden Boot competition in the World Cup, for example, then if more than one player has scored the same number of goals certain factors will be taken into account. Since 1994 the first of these is to remove an penalty goals that the players have scored. If they still can’t be separated then the player with the most assists is declared the winner.

If they’re still tied then how many minutes played comes into effect, with fewer minutes meaning a higher goal average, so the player with the the smallest number of minutes on the pitch wins the World Cup Golden Boot. The important thing here is to keep an eye on the wording of the market you’re betting on to make sure you know the rules in play.

How Dead Heats Are Settled

Now that we know which Dead Heat markets are the most common, let’s take a look at how bookmakers tend to settle bets that have fallen foul of the Dead Heat scenario. Basically, what happens is that the stake that you placed is divided by the number of people or teams that finished level with each other. Here’s an example bet:

It goes without saying that the more players or teams that finish level in the market you’re betting on, the more your stake will be divided by and the more complicated the bet becomes. The crucial thing to remember in all this, though, is that you don’t need to do anything. The bookmaker will sort all of this out automatically and pay you the correct amount. It’s just handy to know how it works.

What If It Was An Each-Way Bet?

If you thought that the initial Dead Heat settlement on a straight bet was complicated enough then that’s as nothing compared to Each-Way bets that end in a Dead Heat. In essence, the payout is still dictated by how many players finished on the same number of goals or clean sheets.

Let’s say that your bet on Mo Salah was an Each-Way one. In that instance, the Win part of the bet pays out as above. The Place part of it, however, also be divided by the 3 players, meaning that it’s paid out at a quarter of the odds divided by 3. It would therefore look like this ion you’d staked £60:

Obviously, if your Each-Way bet was on Sergio Agüero in the Top Goalscorer market above then the Win part of the bet would be lost and the Each-Way part will have won, without the need to be splitting it by the number of players taking part.