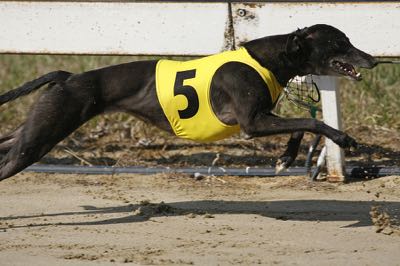 Elsewhere on this site you can find out about how to read a race card for horse racing. That is its own bit of fun and games, but we’re interested here in how you do the same thing when you’ve gone to see greyhound racing instead. It might seem obvious, but the two sports have links whilst being different from each other. Information about the Going when it comes to greyhound racing is different than in horse racing, for example, so you need to bear that sort of thing in mind when looking at the race card for the meeting.

The key similarity between both horse racing and greyhound meetings is that the race cards can appear to be impenetrable if you don’t know what it is that you’re looking for. As a result, it helps to break things down nice and easily so you can have at least a rough idea what it is that you’re looking for when presented with a card. It is also worth bearing in mind that race cards also exist online, in a sense, though the sort of thing that you’ll be able to see when working with an online bookmaker is very different to what you’ll get in real life. 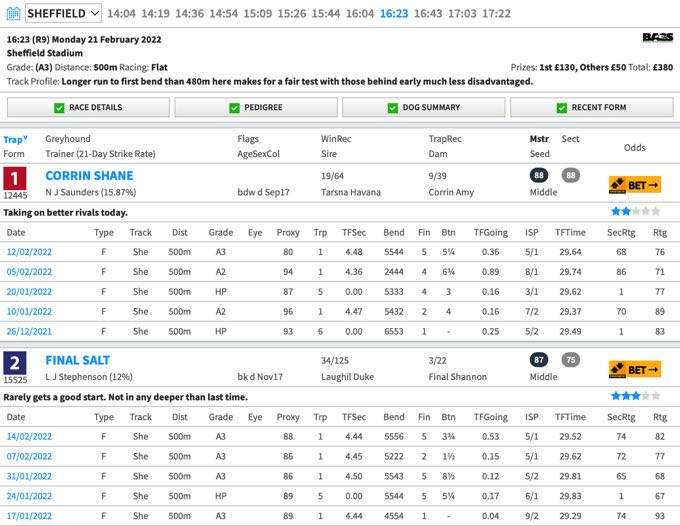 The simple truth about race cards is that they can be confusing things to get your head around the first time you see one. They are filled to the brim with stats, facts and figures, so if you aren’t sure what it is that you’re looking for, you can quickly be overwhelmed and want to walk away altogether. The good news is that race cards are much easier to understand than you might initially think, largely because you can break them down piece by piece and discover what it is that each section of the race card is referring to.

The first thing that you’ll come across when looking at a section of a race card at a greyhound meeting is the header. This usually tells you the information about the race, including what number it is in the meeting and the time that it is supposed to be getting underway. If the race has a name, such as ‘The Greyhound Race Example Stakes’, you will see that in the header. You will also be able to see how long the race is run over in metres, in addition to its grade and classification, if it has one.

In greyhound racing, one of the most important things is the trap that the dog is running out of. We have written about trap betting elsewhere on the site, so you can read about that in more detail there, but sufficed to say that the number of the trap that each dog is running out of can be crucial for your bets. In greyhound racing, traps are represented by colours as well as numbers, which are as follows:

This means that you will be able to tell what number trap the dog is running in even without seeing the actual number. The colours are the same whether you are looking at a physical race card at an actual dog track or at an online bookmaker’s page. They maintain the colours in order to keep things as simple and as clear as possible for all bettors.

Information About the Greyhound

The next piece of information that is crucial for you to understand is the individual information about each greyhound. The most obvious thing is the dog’s name, such as Excellent Running Doggy, which will appear next to the trap number that they’re running from. This is usually followed by information about the dog’s owner and its trainer, whilst below the name will be some important details that are key to your understanding of how the dog is likely to get on in the race, such as when they had their last season if they’re a bitch.

Also included under the banner of greyhound information is the likes of their sex and their colour, as well as details about their sire and their dam. In this sense, greyhounds are similar to horses in the sense that their parentage is considered to matter. The date that is in this section is the whelping date for the dog, which is usually followed by where they are from. This detail is usually abbreviated, so a dog from Great Britain will have Br, a dog from Ireland Ir and a dog from France Fr.

The final bit of information that comes under this section is the view of the form guide. Often there will be specific companies that offer their opinions on the dogs, saying things like ‘Runs well when out in front’ or other equally helpful information. You will also usually find a rating from the company, which is typically displayed in stars. A decent dog that is likely to do well with have five out of five stars, whilst less capable ones will have anything down to zero stars. This is obviously a suggestion that they should be avoided. 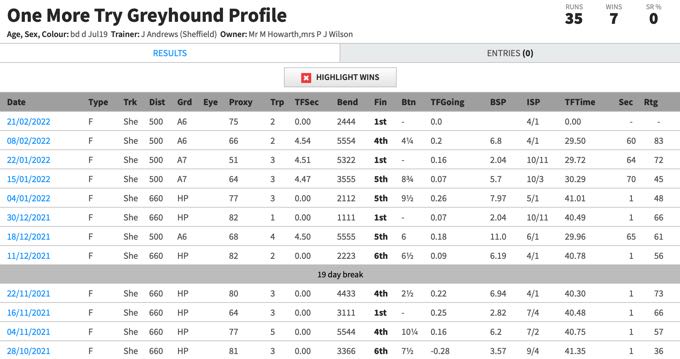 One of the key bits of information that you’ll find on a greyhound race card is the previous performance of the dog. This is their form, which should be looked over with at least a mildly curious eye as it can tell you a lot of really useful information. The problem is that if you don’t know what it is that you’re looking at then it will seem like completely gobbledygook. Here is a breakdown of what each part of it means:

As you can see, it might seem as if the race card is virtually impenetrable when you first see it, but in reality, you simply need to know what it is that you’re looking at. From there, you can easily interpret the information in order to give yourself the best chance of taking from it what you need in order to try to pick a winning dog.