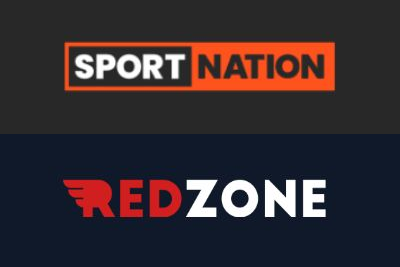 It has been confirmed that brands owned by Esports Entertainment Group will stop operating in the United Kingdom from the 30th of November 2022. The two biggest victims of this are SportNation and RedZone, with statements on the two sites suggesting that they are closing for a ‘variety of reasons’, including the ‘economics’ of trying to operate small iGaming businesses ‘in the UK market’. In the short-term, there will be no major effect for customers, who will still be ale to login and place bets with their accounts until the 30th of November, when normal functionality will stop.

Customers will then be able to login to their accounts in order to withdraw funds from the seventh of December. That is when a seven-day period will come into being, during which time refund requests will be processed for any amount of over £1. After the 14th of December, both SportNation and RedZone will continue to comply with customer withdrawal requests ‘to the extent required by law’. In other words, if you don’t want things to be difficult for you when you’re trying to withdraw your funds then you should get them out before the 14th of December.

Why The Closures Are Happening

In May of 2020, it was revealed that Esports Entertainment Group had signed a binding letter of intent to acquire LHE Enterprises, which was the holding company of Argyll Entertainment. It was felt that adding the £9.7 million annual revenue of Argyll to Esports Entertainment would prove to have a ‘major impact’ on the company. The obvious question that jumps out, therefore, is why it is that EEG would choose to close the two main businesses that they bought from Argyll Entertainment, which had been established three years before the takeover.

It isn’t an easy question to answer, though there is no doubt that the changing landscape of the UK economy has played a big part. Twelve years of Conservative rule in the United Kingdom has seen economic disaster after economic disaster strike the country, starting with the decision to leave the European Union. The economic hardship brought about by the global health emergency won’t have helped, whilst the less said about the disastrous reign of Liz Truss as Prime Minster the better. It is in these circumstances that EEG’s decision has been made.

The Writing Has Been On The Wall

In the report into the year ending the 30th of June, EEG’s filing to the Securities and Exchange Commission in the United States of America said that the company was going to reduce its market spend for the UK operations of the former Argyll brands, SportNation and RedZone. It would, it said, instead look to focus on customer retention over acquisition. That, combined with trying to ‘reactivate past customers’ would be what Esports Entertainment Group would look to concentrate on as far as the United Kingdom was concerned.

In many ways, it should have been seen as the company highlighting that the end was nigh for the two businesses. Not only were the finances something of a worry as far as those two brands were concerned, but EEG also needed to consider asset sales after defaulting on its debts. The quarterly report published in May of 2022 made reference to ‘substantial doubt’ that the company had regarding its ‘ability to continue as a going concern for at least one year’, on account of certain ‘debt covenants’ that were ‘in default’.

There is no doubt that punters that have accounts with SportNation and RedZone will be concerned about what it means for them. The good news is there is still time before the companies are going to shut down altogether. Accounts will carry on with normal functionality until the 30th of November, meaning that you’ll be able to login and place bets as usual until then. That being said, you might want to think twice before placing wagers on ante-post events, given that the companies will likely be shut down by the time they take place.

Indeed, if you’ve already got bets in place that are due to be settled after the 30th of November then you’ll find that they will be voided and your original stake returned to you. That will not be good news for the likes of Arsenal fans who had a wager on the Gunners winning the Premier League when the odds of them doing so will have been much longer than they are now, for example. Equally, any unused free bet tokens, bonus points or rewards points that are not redeemed before November 30th will be forfeited.

Once the 30th of November has come around, you will still be able to login to your account and withdraw funds via the same method that you made your original deposit, but you won’t be able to place any new bets. This includes the online casino, which will also be shutdown. If you do login and make a withdrawal request, it is worth bearing in mind that the withdrawal may take longer than usual. This is because there are likely to be many people trying to withdraw their funds at the same time, with some of them being asked to confirm their identities to SportNation.

Withdrawals can take place until the seventh of December. After that, any balance of more than £1 can still be withdrawn, including thanks to requests made the company’s Customer Support team. Once the 14th of December has passed, however, SportNation will only be processing withdrawals in according to what they are legally required to do and in accordance with the company’s own terms and conditions. If you have any funds with SportNation or RedZone, therefore, it is recommended that you withdraw them as soon as possible.

The big question is whether some of Esports Entertainment Group’s other assets will also close. There has been no announcement about what will happen to the SportNation brand licensed in Malta, for example, nor do we know whether Fansbet will stop operating in the United Kingdom. That being said, the Frequently Asked Questions section on the SportNation website does point punters towards Fitzdares if they wish to continue betting, rather than to any of the Fansbets sites. That is perhaps suggestive of Fansbets also shutting down in the near future, should you have any funds with them. 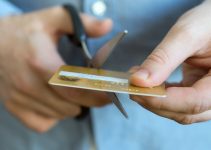 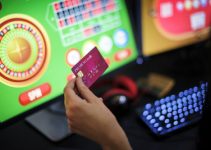 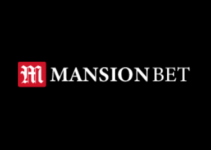