Launched in 1998 and having its Initial Public Offering four years later, PayPal has gone on to establish itself as one of the best known names in the electronic payment industry. To begin with, this was mostly thanks to its ties to eBay and the fact that customers could use the service to pay for goods that they had bought from the auctioning site whilst knowing that their money would be protected. That’s why it was bought by eBay in 2002, with the auctioneering giants then spinning it off to become an independent company in 2015.

Nowadays, PayPal can be used for any number of online transactions, including the use of transferring money to and from the bookmakers. On this page, I’ll have a little look at how PayPal works in terms of a deposit and withdrawal method, as well as informing you which bookies allow you to use it and what the company’s history entails.

How Does PayPal Work?

If you’re wanting to use PayPal as a payment method with an iGaming account then the first thing you’ll need to do is open an account. This isn’t the sort of thing where you can ‘check out as a guest’ or anything like that. PayPal is an acceptable payment form for customers, not random Joes. You’ll also need to link a more conventional payment method to your PayPal account, which can be your bank details or your debit card numbers.

Once you’ve done that, you’ll be ready to pay for goods or services courtesy of PayPal. Because the system can be used by you to accept payment from other people, you can use your PayPal balance to add money to your bookmaker account. In order to do that, though, you’ll first need to ensure that you have indeed got a positive balance. You’ll do that by, say, selling something on eBay and being paid via PayPal from the person that’s bought what you’re selling.

If you haven’t got a positive balance in your PayPal account then fear not, that’s exactly why you added your debit card details or linked your bank account to your card. If you make a payment using PayPal, then the company will take the requisite amount of funds from your chosen payment method. Obviously, this is also the case if you have a small amount of money in your PayPal wallet but not enough to pay for the transaction. Let’s say, for example, that you sold a book on eBay for £5. You’ve been paid by the buyer and decide to top up your bookmaker balance with £20. PayPal will use the £5 from your book sale and £15 from your debit card to complete the payment to your bookie.

Are There Fees to Pay?

The question of fees with transactions for betting sites depends entirely on which site you use and how your account is set up. The majority of sites don’t charge any sort of fee to make deposits or withdrawals, but PayPal can charge 2.9% to make a deposit, depending on the method you’re using.

What Else Do You Need to Know?

In order to make a withdrawal to PayPal you’ll first need to make a deposit using it as a method. That’s one of the strange quirks of the way the payment system works with bookmakers. Deposits are immediate, though, which is handy. Withdrawals can sometimes take a little longer but not really any more time than you’d expect to wait for a withdrawal to a debit card.

The system is one of the safest around, thanks in no small part to the fact that it adds an extra layer between your money and the company you’re using your money with. That means that the betting companies don’t have your full financial details, for example, should their own site security be compromised at any point.

Should You Use PayPal?

As always, the answer to this sort of question is entirely subjective. PayPal is the perfect payment system for people that tend to do a number of transactions online. Say, for instance, that you tend to sell a lot of things on eBay and also have a PayPal account hooked up to the likes of Amazon Marketplace and Etsy. In that instance, you’ll have money coming and going from your PayPal account without ever needing to add funds from a debit card or bank balance. If that sounds like you then PayPal is an ideal way of paying for your funds on your account with any number of bookies or iGaming platforms.

If, on the other hand, you tend to be planning on only using PayPal for the loading of money onto your bookmaker account and then the withdrawal of any winnings you’ve mustered, you might find there are better payment methods out there. Debit cards are less likely to incur charges, for example. It’s all about your personal situation and how you use any and all online accounts that you’ve got with other businesses. Certainly it’s a very convenient payment method and one that gives you a large degree of flexibility. 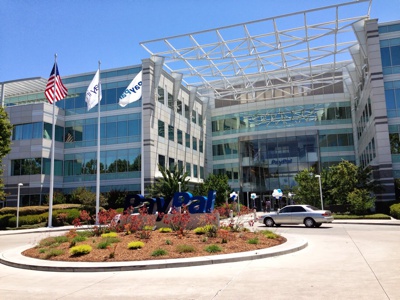 I’ve already told you that PayPal was formed in 2008 and went public in 2002, being bought out by eBay the same year. Yet that doesn’t even begin to tell the full story of one of the most famous ewallets in the business. It began life out of a company named Confinity, which was initially intended to develop security on mobile devices. Max Levchin, Peter Thiel, Luke Nosek and Ken Howery were the men behind its launch, developing it as a method of making money transfers.

Confinity merged with Elon Musk’s online banking company X.com in 2000, with Musk being particularly keen on developing the PayPal side of the business. Such was his faith in PayPal that he announced the cancellation of other Internet banking operations in process at X.com in favour of taking PayPal to the next level. It was in 2001 that it took the name that has been with it ever since. Having gone public in 2002, it was almost immediately bought by eBay in July of that year for $1.5 billion. The auctioneers soon made it their default payment method, with rival services like Citibank’s c2it, Yahoo!’s PayDirect, Google’s Checkout and Western Union’s BidPay all closing down in the years that followed.

The acquisition of the VeriSign payment solution in 2005, combined with a 2007 partnership with MasterCard and the 2008 purchase of Fraud Sciences saw the company go to new heights and obtain new levels of trustworthiness within the online banking industry. Since then, PayPal has continued to grow year-on-year, including the 2015 launch of a peer-to-peer payment service entitled PayPal.Me.

The company’s relationship with the online gambling industry has been far from a straight-forward one. As it was the first major ewallet to be developed anywhere in the world, it wasn’t long before it was being used to pay for gambling services online. This included use by Americans in States and areas where betting of any kind was illegal. As a consequence it was targeted by a Federal investigation into accepting online payments for gambling, voluntarily ceasing doing so in 2003 after paying a $10 million fine.

PayPal returned to the world of online gaming and iGaming in 2010. This time around, however, the company ensured that it would only accept transactions from customers and for sites in jurisdictions where gambling is legal. They also confirmed that a company wishing to offer PayPal as a payment method to its players must be properly licensed to operate where its services were being offered.