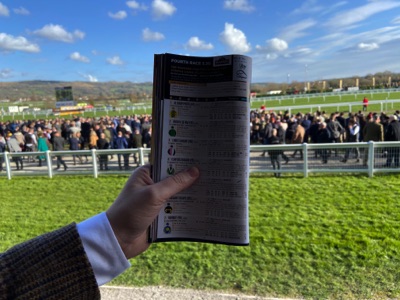 There are a myriad of different bet types as soon as you start to look into the topic. We have already taken a look at full cover bets elsewhere on the site, for example, which allow you to bet on numerous different outcomes when you have picked several different horses in various races that you think might win. Oftentimes you don’t want to take on those sort of bets, which is entirely fair given that they’re basically a series of bets that you have to pay for individually but that are lumped in together for convenience. You might also not want to bet on different races, instead preferring to bet on several horses within the same race.

There are numerous reasons why you might want bet on more than just the winner of a particular race, up to and including the fact that sometimes the favourite is so obvious that you need to branch out a little bit in order to get odds that make a race worth betting on. You might also be the sort of person that prefers to dabble with small stakes but still fancy the possibility of getting a big return, which is where Forecast and Tricast betting comes in. Here we will take a look a the two different bet types, explaining what they mean and how they work so that you can go into your bookmakers fully armed with the information you need to give yourself the best chance possible if making the right decision. 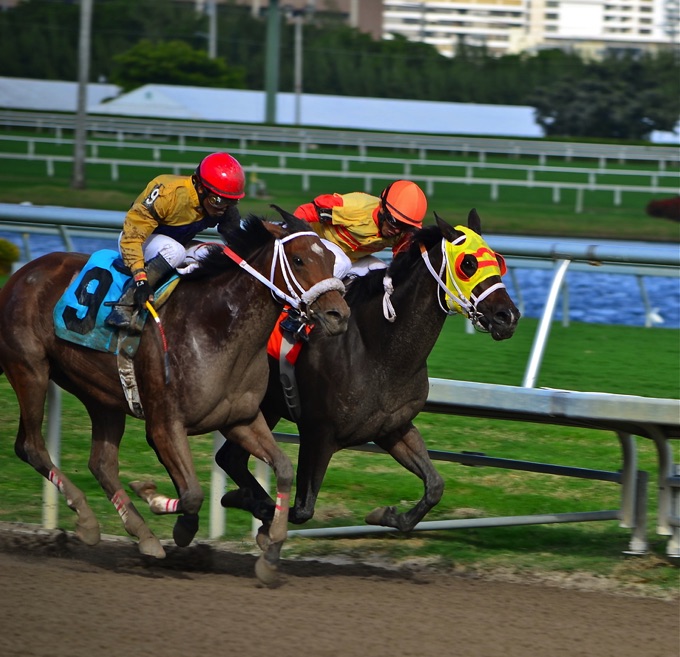 Let’s start by having a look at Forecast bets, which require punters to have a think about which horse they think will win the race and which one will finish second. By adding in the complication of picking the top two horses in a given race, in order, bettors usually find that their possible returns go up a notch or two. There are four different types of Forecast betting, which we will have a look at in turn now.

The first place to start is with the most obvious and simplest to understand type of bet: the Straight Forecast. These bets ask a bettor to select the winner of a race, as well as the horse that’s going to finish second. It’s also available for different sports, so if you’re more of a fan of greyhound racing then you can obviously just sub in the word ‘greyhound’ when we write ‘horse’, but for the purposes of this article we are going to stick with horse racing to keep things simple.

The key thing to remember as far as Straight Forecasts are concerned is that the two horses have to finish the race in the order you predicted for your bet to be a winner. That means that if you’ve selected MadeUp Horse to win and Invented Horse to come second then you won’t win a penny if Invented Horse comes first and MadeUp Horse comes second. You’ll feel disappointed that you’ve correctly predicted the top horses and not won any money, but them’s the breaks.

A quick mention for Exacta bets here, which are parimutuel bets offered by pools companies that pay out in a different way to Straight Forecasts with standard sports bookies. These bets take into account the number of bettors on the race and the stakes each of them have placed, meaning that sometimes it’ll pay out at a higher rate than Straight Forecasts placed on the sportsbook and sometimes it’ll pay out less.

If you have read my description of a Straight Forecast and think that the idea of your two selected horses coming home but in the wrong order is simply too heart-breaking to contemplate then you might want to have a look at placing a Reverse Forecast bet instead. It’s basically the same thing, in the sense that you need to pick the horses that will finish first and second, but this time it doesn’t matter which order they come home in.

There are three things to think about when it comes to Reverse Forecast bets, the first of which is that it is essentially two different bets and will therefore cost you double the money to place. The second thing to bear in mind is that it’s marginally easier to predict the first two horses in any order than it is to correctly identify both the horses and the order in which they’ll finish, so the odds for Reverse Forecast bets will be lower than Straight Forecasts.

The third thing you’ll need to bear in mind is that the order the horses finish the race in will have an impact on your returns, even if you’re likely to get one as long as they both finish in the top two spots. Should the least fancied of the two horses finish the race first then you’ll get a higher payout than if they more favoured one comes home in first. That’s largely self-explanatory, of course, given that you wouldn’t expect a higher payout if a horse with odds of 2/1 finished first than if one rated as a 33/1 outsider won the race.

Perhaps you’re looking at a race in which you’re confident on the winner but feel unsure about the horse that’s likely to come second. It might be quite an open race, with most of the better horses being entered into other events because the likely winner is such an overwhelming favourite, therefore the rest of the field is mainly there for experience and it’s difficult to separate them all. In that instance then a Combination Forecast might be the bet you’ll think about placing as it asks you to select three or more horses within a race and you’ll win if any two of them finish first and second.

As you might well have already worked out from the fact that you have to pay more money for the Reverse Forecast because it’s more than one bet, so too do Combination Forecast bets require additional payments. You’re essentially betting on each possible combination of the horses that you select, placing a series of Reverse Forecasts to cover each of your selections. That means that a £1 stake on a Combination Forecast featuring four horses would be twelve bets and therefore a total stake of £12. You can increase that amount for each additional horse you add to your roster.

The naive bettor might think ‘I’ll just Combination Forecast for all horses in a race’, but that would cost you a fortune and you’d only be likely to make any money back from it if the winning horse and second-placed horse both have exceptionally long odds. 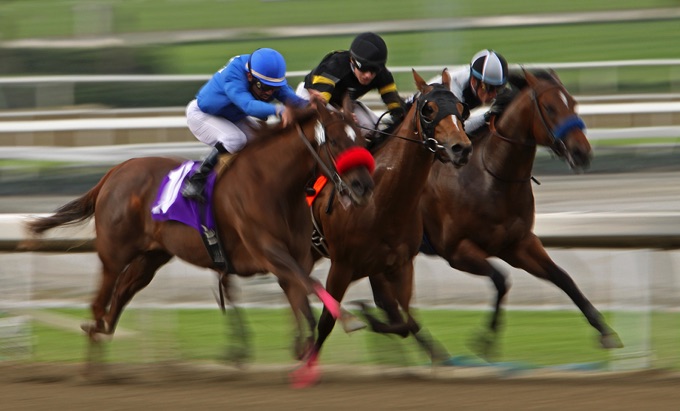 You’ll probably have been able to figure out the bet type from the name of this wager, but just in case you haven’t I’ll tell you: Tricast bets ask you to predict the horses that will finish in the first three spots in a given race or event. Here’s a look a the variations of the Tricast bets out there, which are, unsurprisingly, similar to the variations of Forecast bets.

Can you correctly predict the finishing positions of three horses? That’s what this bet asks of those that take it on, promising huge dividends because of the unlikely nature of punters managing to figure out who will finish first, second and third in a given race.

If you’re quick to cotton on then you’ll know that Trifecta bets are the Tricast equivalent of Exacta bets. In some countries it’s just the name for Tricast bets, but in the United Kingdom, it’s a specific bet type that the Tote offers and even sees winnings rolled over from race to race if no one’s managed to win it. That can lead to some really impressive pots building up.

If the idea of nailing the order that three specific horses will finish in is too much for you then you can opt for a Combination Tricast instead. As you’ll no doubt have figured out if you read what I said about Combination Forecasts, this bet asks you to name three horses that will finish in the top three places of a race, regardless of their order.

Equally, those of you that have read above will know that these bets will cost you more. It’s essentially six different bets, meaning that you’ll have to times your stake by six when you’re trying to work out how much your bet will cost. A £1 stake on a three horse Combination Tricast will set you back £6.

As with Combination Forecasts, you can add more horses to your selection within a race if you want, requiring only that any three of your chosen horses come in the first three places within a race for your to see some return on your investment. Five different horses chosen in a race would be the equivalent of sixty different bets, resulting in an outlay of £60 for a £1 stake.

How the Odds Are Worked Out

The most important thing to look it when it comes to both Forecast and Tricast bets is how the odds are worked out for them. It would be natural to assume that the odds of horse one are simply multiplied by the odds of horse two, but it doesn’t quite work like that.

If you’re looking at placing a bet on an Exacta or Trifecta then you’ll find that the payouts you’ll receive are calculated according to both the odds of the two horses and the number of people that backed each outcome. The bettors who backed a winning outcome will see the amount they’re paid divvied up in line with the amount of money they bet and the share of the pool once taxes and the vigorish have been taken off.

In parimutuel betting, it’s common for each £1 bet to be classed as a unit when it comes to the paying out of the dividend. Let’s say, just for the sake of ease, that the remaining amount of money in the pot after the taxes and vig have been taken off is £1,000. There are fifteen bettors who have each placed bets worth and average of twenty units each. That means that a total of three hundred units have been sold.

Things are much more complex when it comes to the world of Forecast and Tricast bets placed with fixed odds bookmakers. A normal bookie calculates the dividend for each of the bet types using what is known as the Computer Straight Forecast Formula and the Computer Straight Tricast Formula. They are declared after the conclusion of a race that qualifies for the various bet types.

The CSF and CST formulas take into account all sorts of things, with the most crucial being the likes of how many horses were in the race, the presence of a strong favourite and the odds of the winning horses. All of these things combine to give a figure for the dividend that then pays out accordingly.

Which Races You Can Bet On

One thing to bear in mind is that most bookmakers will only accept Forecast and Tricast wagers if the race you’re trying to bet on meets certain criteria. Here are the rules that matter: