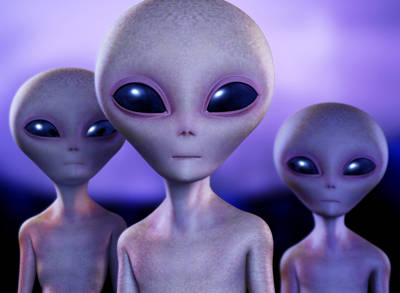 There are so many reasons why most of us love to have a flutter. Obviously one of the main ones is that it’s a chance to win ourselves some money, normally seeing a decent-sized return for a relatively small stake. Never is that more so than when we bet on things that are unlikely to happen, which is why multi-fold accumulators appeal so much. The fact that unlikely events occurring will win us a lot of money combines well with the fact that the majority of bookmakers will offer you odds on almost anything, should you ask them. That’s why new features such as #RequestABet have been launched by companies like Sky Bet.

Personally I always remember the story from 2006 when Chris Kirkland made his England debut and his dad and some friends netted around £10,000 as a result. Perhaps it’s because I’m a Liverpool supporter and the goalkeeper played for my team for a while, but for whatever reason I remember it being in the news that Kirkland’s dad, Eddie Kirkland, had put on a bet in 1994 that his son would win an England cap before he turned thirty. He would only have been a teenager at the time, but such was the confidence his dad had in him at the time that he put a £100 bet on him achieving his goal at odds of 100/1. I was thinking about that recently and wondered, what other mad bets have there been over the years? What mad bets can you place now?

Weirdest Things You Can Bet On Right Now

In 1989 a man placed an accumulator of novelty bets. He believed that Cliff Richard would be knighted before the year 2000, that U2 would remain together and continue making music past the turn of the millennium and that both EastEnders and the Australian soap Neighbours would also keep making shows past that point. When the Millennium Bug made no real difference to anyone’s life and all of those bets came true, a full eleven years after he placed them, you can imagine the man’s delight in being able to cash in on his £30 bet placed at odds of 6,479/1. He walked away with £194,400, so you might well be reading this and fancy a few novelty bets of your own. Here are some of the top ones you’ll be able to find:

When Will Alien Life Be Proven?

Perhaps nearly as popular as bets on Elvis are wagers based around the idea of alien life being proven to exist. Given that date from the Kepler Space Observatory has been used to suggest that there may be as many as two billion planets in our galaxy alone that are capable of supporting life, you’d have to be particularly full of yourself to believe that we’re alone in the universe. In my opinion, therefore, it isn’t a question of ‘if’ we’ll discover alien life, but ‘when’.

It’s likely that I’m not alone in that assumption, which is why bookmakers tend to offer odds on the discovery of life from elsewhere. The size of the odds that you can get for that discovery depend on how specific you want to be in when you think it will happen. At the time of writing you can get odds of 18/1 for it being in 2018, 22/1 if it happens in 2019 and 1/7 for it being at any point beyond 2020.

When Will The World End?

Perhaps the ever increasing tension between Donald Trump and Kim Jong-Un is making people a bit twitchy. After all, in November of 2017 North Korea ‘sentenced the US President to death’ for insulting the Supreme Leader. Maybe it’s the United States government’s attitude towards global warming that’s got people worried, or simply the general state of affair around the globe. Whatever the reason, bookmakers will give you odds on when the world’s going to end.

Why would Kim Jong-un insult me by calling me “old,” when I would NEVER call him “short and fat?” Oh well, I try so hard to be his friend – and maybe someday that will happen!

This might be the weirdest bet out there right now for one simple reason – how would you claim your winnings? The company doesn’t specify what ‘the world ending’ actually entails, but even it did happen how are you going to be a ‘winner’? What would you be paid out in? Tinned goods? I’ve been unable to find out how much money the Irish bookies have taken on that particular bet, but you’ve got to applaud them for making at least some money on a bet they’ll simply never have to pay out on.

The final thing I’ll mention is the ability to place a bet on who will be the next Pope. On the surface that doesn’t seem like too much of a novelty bet, especially when you consider that the favourites at the time of writing are the likes of Cardinal Luis Antonio Tagle from the Philippines and Canadian Cardinal Marc Ouellet. Yet it is the other names that Paddy Power have decided to put on their list that might cause a few raised eyebrows.

The new Pope is chosen by the College of Cardinals after the current Pope has died, retired or abdicated. They meet at the Vatican and take part in the Papal Conclave, a secret meeting that could theoretically last for weeks or even months. Given the secret nature of voting there’s no way for a bookie to find who is looking likely to win, yet Paddy Power will know for certain that it won’t be famed atheist Richard Dawkins, who they have odds of 375/1 for. Nor is it going to be their 500/1 shot of the U2 singer Bono. Given that Father Dougal Maguire is a fictional priest and is no more real than Craggy Island, the location where Father Ted is set, 500/1 seems a little short for him to become the next leader of the Catholic church.

A History Of Weird Bets

Betting on a young footballer to succeed in his chosen career isn’t the weirdest thing that anyone’s ever done, obviously. Yet there are absolutely some crazy bets that have been placed since bookmakers started being willing to look outside the box for weird and wonderful wagers. For anyone that knows much about betting, you won’t be overly surprised to learn that Paddy Power are one of the chief bookies that have been accepting these odd bets over the years! The Irish bookmaker, that has merged with Betfair in recent times, has long courted controversy with some of the bets that they’ve offered punters.

Some of their odds might have been seen as controversial by sections of the public and the media, but from the company’s point of view it was an easy way to gain themselves some free publicity. The only thing worse than being talked about, after all, is not being talked about. Here are some of the most controversial odds offered by Paddy Power in the past:

One of the favourite topics of novelty bets for bookmakers and, presumably, the customers almost always involves the Royal Family. Before Prince George was born, for example, you could place bets on what his name would be. That isn’t all that novel, of course, but you could also have had a wager on things such as what his first word would be, what university he would go to and how old he’d be when first photographed in a nightclub.

If there’s a major topic in the news then you can as good as guarantee that some bookmakers will be offering odds on strange outcomes. When Julian Assange decided to apply for asylum in 2012 and ended up living in the Ecuador Embassy in London in order to avoid being extradited on charges of rape and sexual assault, for example, you could bet on the method of Assange’s departure from said embassy when he eventually left. Police car had the lowest odds, but you could get 20/1 on him leaving inside a diplomatic bag, 150/1 on his departure being in a hot air balloon and 500/1 on the Wikileaks founder leaving on a jet pack. 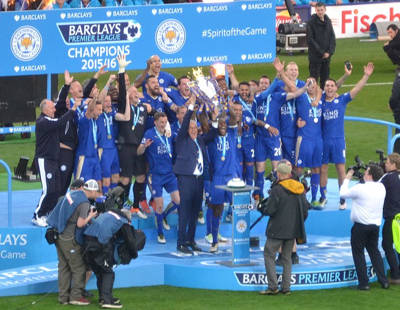 One of the biggest stories in recent years was when Leicester City won the Premier League at the end of the 2015-2016 season. The Foxes becoming title winners of the English top-flight was a crazy tale in and of itself, but what I think deserves far more coverage than it got was the arrogance of some bookmakers that that outcome would simply never happen. I mentioned arrogance because here are some of the bets that you could have placed before the start of that season that actually had shorter odds than the 5,000/1 of Leicester lifting the league trophy:

Despite the fact that Leicester City did actually play in the Premier League and had shown good form at the end of the 2014-2015 season in order to avoid relegation, bookies thought it was ten times more likely that X-Factor judge Simon Cowell, who had shown no interest in politics, would become Prime Minister of the United Kingdom than the Foxes would win the league. They also thought that Elvis Presley still being alive was two and a half times more likely than Claudio Ranieri’s men becoming top-flight champions, despite the fact that he was officially declared dead in 1977. Elvis, though, is often the focus of some strange bets… 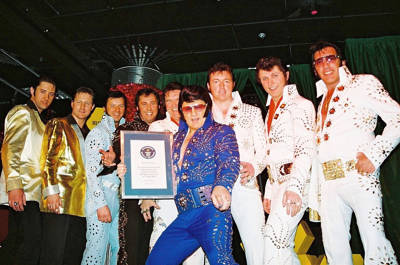 Known as the King of Rock ’n’ Roll, Elvis Presley was born in Tupelo, Mississippi in 1935. He had twelve number one albums in the United Kingdom and more than that in the country of his birth, along with eighteen number one singles on the Billboard top 100 and twenty-one number ones in the UK. He spawned countless impersonators and even now, forty years after his death, his influence can be seen across the music industry. A trip to Las Vegas will see you encounter his image more than any other musician in history, which might explain why he remains a popular target for weird and wonderful bets.

The King was forty-two when he died, meaning that he’d be eighty-two if his death had indeed been fabricated. Quite where people think he’s been able to hide for the past forty years I’m not sure, but it’s fair to say that bookmakers must absolutely love it when someone contacts them to ask if they can place a bet on Elvis being found alive. That happened to Paddy Power when a punter staked £25 on that happening at odds of 2,000/1 and another £300 at 1,000/1, meaning he stood to win £350,000 if the King came forward before the end of 2017. Sufficed to say he was left disappointed and Paddy Power were £325 better off.