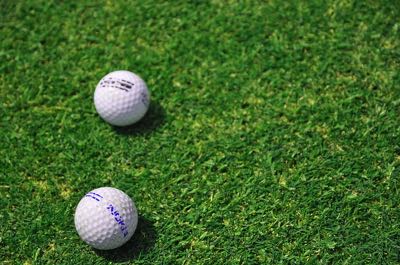 In the world of golf, tournaments usually play out in different ways depending on their format. It is common for the players to head out onto the course in groups of two or three, which gives bookmakers an extra market to offer punters. Whilst you’ll probably have your eye on something like the overall winner of the competition that you’re betting on, it is helpful to look at other markets in order to keep your options open. This is especially helpful when you consider that, in golf, the favourite rarely wins the competition.

In other words, you are having to use your instinct and your research to try to find a winner as much as you are able to turn to the bookies and see which player they fancy for the win. So, it is that being able to bet on the likes of 2-ball and 3-ball groups allows you to narrow the field a little bit and keep things much more targeted with your betting. It also tends to have a much quicker payoff than betting on the tournament winner, which can be helpful if you need any winnings quite quickly for some reason.

Golf is a sport that uses all sorts of odd phrases and sayings that you might not know about if you’ve never played the sport or watched it on a regular basis. If you’re unsure what an eagle is or why someone wants to avoid a bogey, you’d be entirely forgiven for being slightly worried about placing a bet on something that you don’t understand. The good news is that you can place a bet on golfing events without understanding the lingo, provided you know what it is that you’re betting on and how certain aspects of the sport work.

When it comes to golf, 2-ball battles pit two players against one another to see which one will score the lower amount over 18 holes. It really is that simple. It is essentially a head-to-head, which becomes slightly more confusing when you add a third player into the mix. This then becomes head-to-head-to-head, but it is essentially the same thing and asks you to decide which player will do the best out of the three that are in the specific group that you’re looking at betting on. In essence, however many players are in the group is what the format will be named after. 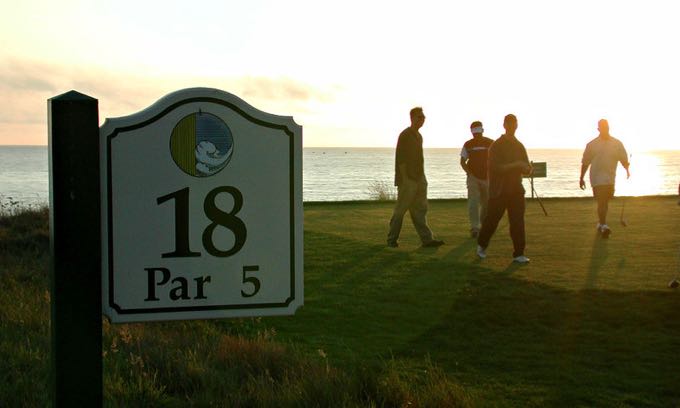 The first thing to realise about 2-ball and 3-ball betting is that it is done over 18 holes. Tournaments usually last for 72 holes, or four rounds of golf, but 2-ball and 3-ball betting is concentrated on 18 holes specifically. This is because the groups are often decided accorded to how well the golfers are doing overall, meaning that a group on day one might not be the same on day two. The bet that you’re placing is on which of the golfers in the group concerned will end up with the best score after the 18 holes that they’re playing.

If a player fails to start the round for some reason then the bet will be made void. If they start but withdraw or get disqualified whilst the round is taking place, the other player will be made the winner, with bets only being made void if both players in a 2-ball or all three players in a 3-ball withdraw or are disqualified. If the group that you’ve bet on gets changed before the round starts for some reason, your bet will be made void. Bets will stand as long as they players have completed at least one hole of the round.

Things to Be Aware of

When it comes to betting on 2-ball golf, bookmakers usually offer a score for the tie. This means that if you bet on either Player A or Player B and the two players finish with the same number of shots taken or the same score, your bet will be a losing one. In 3-ball betting, Dead Heat rules will apply in the event that one or more of the players finishes on the same score or having taken the same number of shots. As a result, if all three players finish level then your stake will be divided by three, or if it’s just two of them your stake will be divided by two.

It is sometimes the case that a goal tournament may use Stableford rules. This is a scoring system whereby the number of strokes taken isn’t counted up. Instead, each player earns a score for each hole, which is as follows:

Unlike with traditional golf scoring, Stableford requires you to get the best possible score. The notion of adjusting the score is because of each player’s handicap, so a player who receives two shots on a hole, say, can score two over par in stroke play but be awarded with a par and its associated 2 points in the Stableford system.

In tournaments, it is more common to use what is known as Modified Stableford, which works as follows:

This system is used because it rewards aggressive play, given that the benefit of scoring under par is higher than the punishment for going over par. When you are betting on an event that uses a Modified Stableford scoring system, bets are settled according to the points scored by the players, not by the number of strokes that they take. In other words, Player A could have two holes in which they score 9 on Par 5s, whilst Player B scores 7s on the same holes, but they both just get -3 and the stroke play is irrelevant. 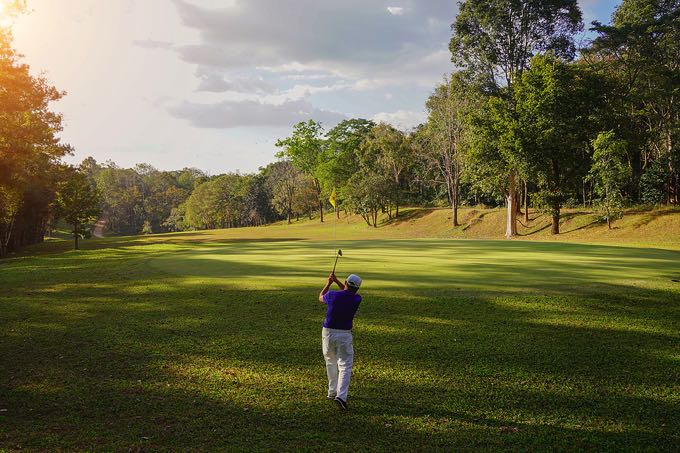 At this stage, it is worth drawing your attention to a couple of different bet types that you might come across when you’re looking at the 2-ball and 3-ball betting market. The first of these is called Mythical 2-Ball or Mythical 3-Ball and is where the groupings are chosen by the bookmaker. In other words, the 3-ball on offer might be totally different to the 3-ball taking place on the golf course, but the same betting rules still apply and you’re essentially hoping that your player performs better than the others in their group.

36-Hole 3 Ball betting is when the bet gets extended to include another round. This will often be the case on the first couple of days of a tournament and might be combined with Mythical 3-Ball betting, given that the three players probably won’t play with each other for both days. Regardless, the idea is still to find the player that scores the lowest number of shots. The same is true of 2-Ball Tie No Bet, which is equatable to Draw No Bet wagers in football. If the 2-ball that you’ve bet on ends in a tie, you get your stake money back.

Regardless of what it is that you’re betting on, it is always a good idea to have a solid strategy for how you intend to win your bets. When it comes to 2-ball and 3-ball betting, there are a number of things that you can do in order to put yourself in the best possible position to see your wagers become winners. You are already benefitting from the fact that the outcome of the bet will be known much more quickly than if you were betting on a tournament outright, so what else can you think about?

The Form of the Players

Over a 72-hole tournament, it would be entirely reasonable to expect a better player to be able to overcome a slightly less talented one. When you’re looking at just 18 holes, however, there’s no reason why either player can’t come out on top. After all, golf is the sort of sport where it doesn’t take much for something to go wrong; a shot into a lake adds a point to your score, for example, and a deep bunker can be tricky to get out of. As a result, the form of the players heading into the round can be all-important.

It might seem like an obvious thing to consider, but the form of each player will be one of the most important factors when you’re trying to figure out the outcome of a 2-ball or a 3-ball. It will also stop you from getting caught up in thinking about whether the golfer could win the competition outright, which is irrelevant. You could choose to bet on a 3-ball at the back of the field, none of whom are going to make the cut, but as long as you can figure out which of those three is in the best form, you can end up winning your bet.

Think About the Group Specifically

If you haven’t really bet on 2-ball or 3-ball golf before, it can be easy to get caught up in what is happening in the tournament overall. If you’ve got a bet on the outright winner, for example, you might be keen to follow their progress or want to place a bet on them winning their 2-ball or 3-ball. Whilst you can still do that, the main thing that you’ll want to do is focus in on the group that you’ve selected, irrespective of whether or not any of the players taking part in it are likely to challenge for the overall lead on the final day.

Indeed, one of the best things that you can do is to have a look at all of the different groups on offer and see if there is any value to be found in them. That is to say, there might be a group with two players that are considered to be much better than one of them, but you know that the one is in better form than the other two. This will mean that there’s much better value on offer betting on that one and you only need them to be better than the other golfers in their group for 18 holes, not 72.

Another thing to bear in mind is that some players are excellent at making the cut but poor at winning tournaments overall. In other words, they often start well on the first two days of a tournament but fade away on days three and four. This can be discovered by looking at their round averages and the information can be used to your advantage. Either you can bet on them two win their 2-ball or 3-ball on the first two days, or you can wait until day three or four and then bet against them, knowing that they historically tend to fall away.

Using Them with Other Bets

The final strategy that is worth thinking about when it comes to 2-ball and 3-ball betting is the idea of using the wager as part of a larger bet. This is especially true when it comes to 2-balls, mainly because they’re more common in the last two days of a tournament, after the cut has been made. Given that players tend to be grouped according to how well they’re playing and the score that they’ve racked up to that point, the reality is that you’re unlikely to find a 2-ball wager where one of the golfers if offered much higher odds than the other.

In order to make such a bet a little bit more reasonable in terms of odds, you can combine several 2-ball wagers together into an accumulator. Given that there will often be over 30 2-balls starting a tournament’s final weekend, that is plenty of options for you to choose from. As long as you’ve done your research, you can put yourself in a position where you can stand a decent chance of winning a relatively large acca if all of your bets come in. Of course, the very nature of accumulators is such that it’s also a much more risky wager.