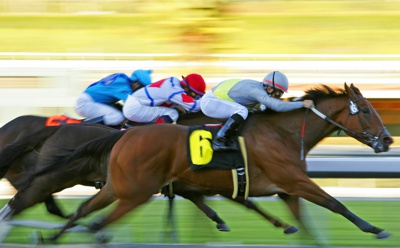 I’m quite sure that there are a number of people out there who place bets based on nothing but statistics. They depend on the mathematics to ensure that their wagers have the best chance of winning, refusing to get caught up in the emotional side of betting. For the vast majority of us, though, the events that we’re betting on carry so much more importance than simply being an opportunity to win money. We’re emotionally invested in the outcome, wanting to watch every break of the ball or decision from the officials. That’s especially the case when we’re betting In-Play, given that the ebbs and flows of a sporting event can change our decisions when it comes to what we’re betting on.

Whether you want to indulge in a bit of live betting or are considering Cashing Out your bet, it’s important that you know how the event you’re betting on is unfolding. One of the best ways of doing that is to take advantage of a bookmaker’s Live Streaming service, which will allow you to stream certain events on your computer or mobile device so you know exactly what’s going on. Things aren’t quite that clear cut, of course. For starters, not all events are streamed. There’s also the fact that events are never truly live. I’ll explain why that’s the case on this page, as well as tell you some of the most important things you’ll need to know what you’re considering how important Live Streaming is to your choice of bookmaker.

Do All Bookies Offer Live Streaming?

The short answer to that question is ‘no’. Bookmakers don’t have to offer Live Streaming, though most appreciate what a good service it is and how punters will often look for it when they’re considering who to bet with. Personally, I’d never let the absence of Live Streaming services put me off having an account with a bookie, if for no other reason than it’s easy enough to place your bet with one company and stream the event you’re betting on with another. I can understand why some people can’t be bothered with that, though, so if it really matters to you then go with your instinct.

The reality is that nowadays the majority of the ‘big boys’ of the bookmaking industry offer Live Streaming as standard. They all have different approaches to it, however, with some making it a central point of what they offer whilst others bury the service deep into the recesses of their site and essentially make you ‘search it out’ to use it. There’s no particularly hard and fast rules when it comes to Live Streaming and whether or not it’s a major selling point for a bookmaker. You’ll often find that some of the newer companies in the industry don’t have it because it’s an expensive thing to offer. You’ll also discover that some bookies offer every sport they possibly can but others only offer a few.

What Sports Can You Live Stream? 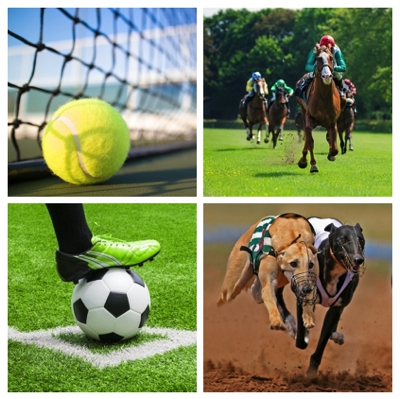 The ability to Live Stream events is only really limited by the legalities of the territory that you’re based in. As an example, the law dictates that 3pm kick-offs of British football cannot be shown live in the United Kingdom but there’s no problem with showing matches at a similar time if they’re being played in the likes of Russia. It’s all about restrictions put in place by various broadcasters to stop bookmakers stealing the audience that they’ve paid for, basically.

The most commonly streamed sports are football, horse racing, greyhound racing and tennis. Depending on the bookie that you’re a customer of, though, you can expect to see streams of the likes of snooker, darts, cricket, basketball and more. The bigger the bookmaker, the more likely it is that they’ll Live Stream the sport that you’re wanting to bet on. It will also depend, to an extent, on whether or not you’re bothered which country the sport is taking place in. Happy to watch Slovenian handball? You’ll probably be in luck from the likes of Unibet.

How Much Does It Cost?

The question of how much it costs to Live Stream an event depends on which event it is that you’re hoping to watch. Pretty much every single bookie out there will ask you to place a bet of a token amount like 50p or £1 in order to tune into their coverage of horse or greyhound racing. You’ll only be able to watch the race that you’ve bet on, but if your bet is a winner, then you’ll obviously earn your money back and potentially even make a profit.

When it comes to most other sports, it’s common for a bookmaker to require no money to be wagered in order to view the live stream but for you to have an account with them that is in credit. Sometimes you’ll find that they don’t even ask for you to be in credit, but they do need you to have placed a bet within a specific time period, such as the last 24 to 48 hours. Again, this differs from company to company, so have a little look and see what they say.

The quality of live streams varies from one bookmaker to the next, depending on how seriously they take their Live Streaming. It will also depend on other factors, such as what device you’re watching the stream on and how good your Internet is. Here’s a shot of a horse race from Betfair, giving you an indication of both the way it is integrated into their system and how good the stream was for me: 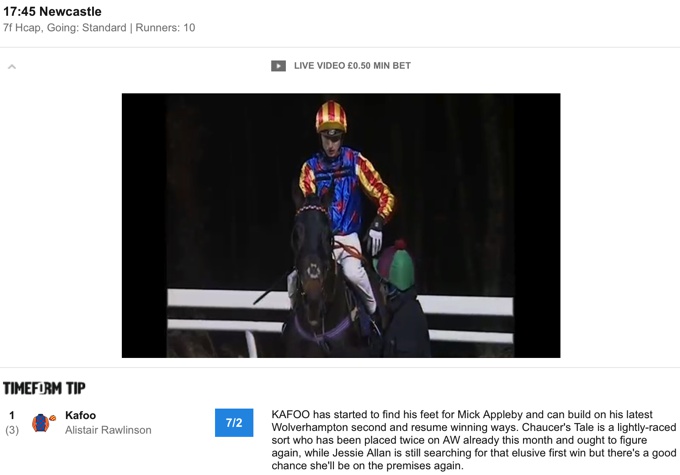 The Betfair stream was good enough for me to tell what was going on when I left it in its pop-out box, but it became a little bit more fuzzy when I attempted to switch to fullscreen mode: 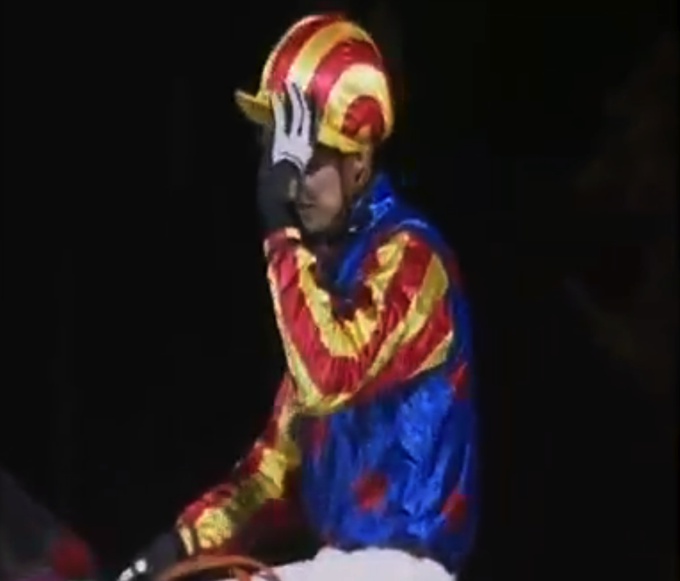 You can see that the colours aren’t quite as sharp and there’s a bit of interference on the picture. I chose to switch back to the smaller screen to watch the race and it was definitely clear enough to tell what was going on, even when all of the horses were bunched together: 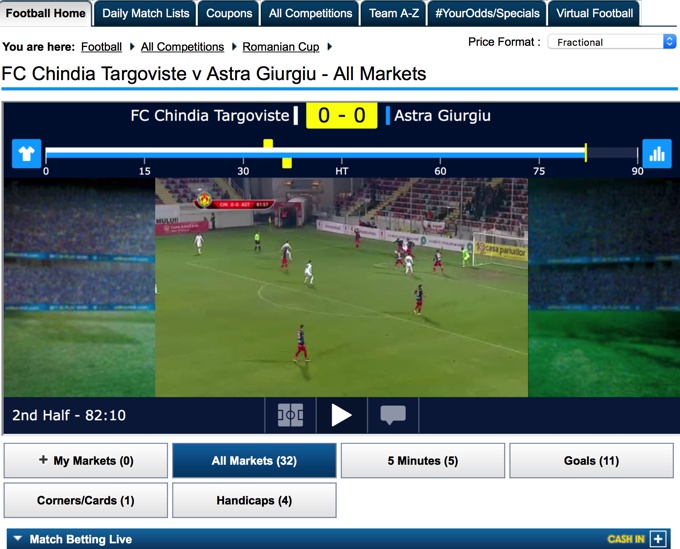 William Hill don’t even give you the option to go to fullscreen mode when you’re Live Streaming their football. It remains in a small screen and, as a consequence, the quality is very good. You’re unlikely to be talking about HD quality at any point, but it’s certainly good enough to know what’s going on and get a sense of the twists and turns of the match. 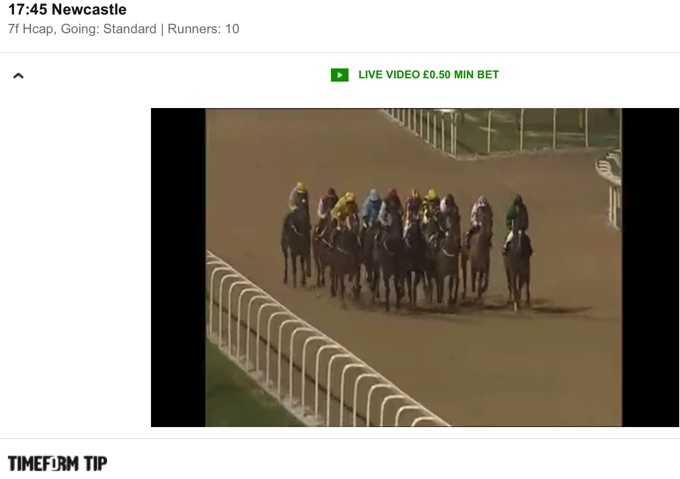 The only major problem I had with William Hill’s Integration of the Live Stream with the rest of the website is that you’d lose it if you clicked on some of the different sections of their coverage. You could place an In-Play bet without the stream disappearing, but if you wanted to look at the stats of the game then they would fill up the same space as the action. Not the most useful thing if you’re a bit of a numbers geek and like to know what’s going on on that front. 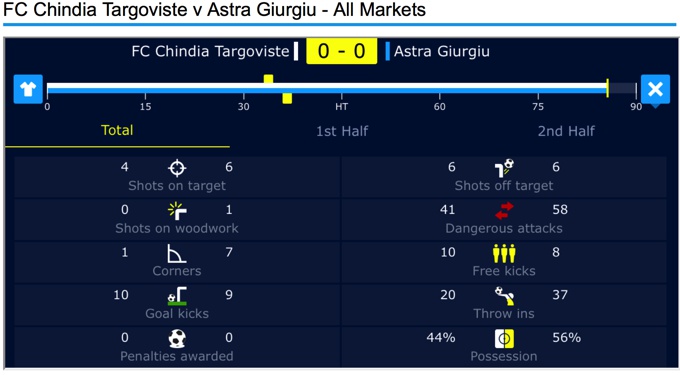 As I said before, every bookmaker has their own approach to how their Live Stream works, with most only allowing the event to go live a couple of minutes before it gets underway. Depending on whether or not you’ve placed a bet, you’ll either get a notification that you need to place a bet in order to see the stream or that the stream will get underway shortly. 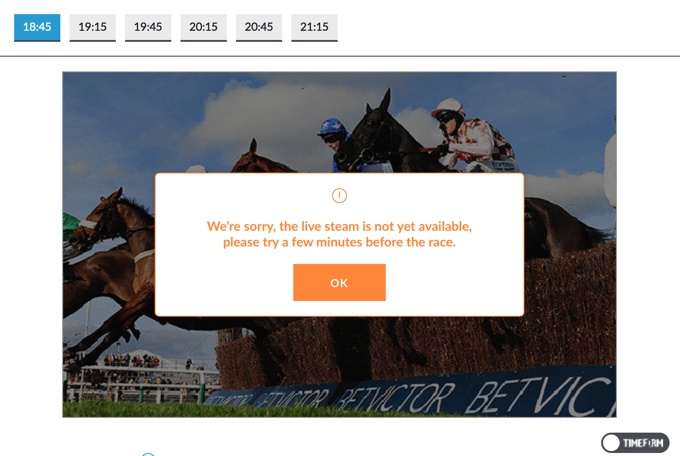 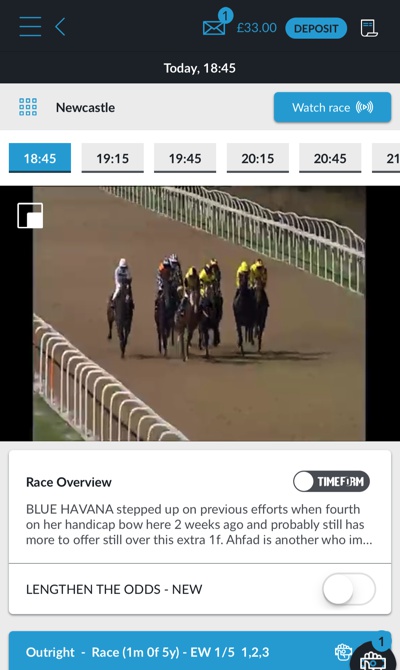 Most of the time bookmakers that offer Live Streaming on their websites will also have it on offer via their mobile apps. That isn’t always the case, though. If you’re not too sure then your best bet is either to check with the company directly or else download the app and see what’s what. Sometimes you’ll find that a bookie will offer lots of different sports streams on their desktop site but limit their mobile streaming to horse racing.

More often than not you’ll find that the streams shown on mobile apps are better than those on desktops. This is usually down the fact that mobiles and tablets have a naturally restricted amount of screen real estate, so companies don’t need to invest as much to ensure that the stream can fill the screen and not lose resolution. You can see a screenshot of a horse race I placed a bet on with BetVictor using my iPhone X to the right in this section.

You can see that the quality is better than both William Hill and Betfair. That’s because I’ve got a powerful phone on a strong Internet connection and the screen size is about a sixth the size of my MacBook’s screen.

How to Get Good Streams

There are three key factors that will dictate how good or otherwise your Live Streaming experience is. The first is the company you use to watch your stream. If they’ve invested a decent amount of money into their Live Streaming infrastructure then you’ll be grand, whereas if they are trying to do it on the cheap then you might find things are a bit dodgy.

The second thing you’ll need to think about is the equipment that you’re trying to use to display a Live Stream. An older computer full of bugs and viruses will naturally be significantly worse than a brand new machine that is as up-to-date as it’s possible to get. If the quality of your Live Stream really matters to you then make sure you’re watching it on the best device you have available.

Last but not least, the speed of your Internet connection is crucial when it comes to getting a decent stream. Nowadays, very few people have dial-up any more, but if you’re not on a fast broadband connection then you can forget about getting a stream that you’ll be able to watch clearly. Likewis, if you’re on a mobile phone then a 4G connection will offer much better quality than a 3G one.

Don’t forget that Live Streaming will use up your Internet allowance, so if you’re not on an unlimited package then make sure you check out how much you’re allowed to stream within your package. Similarly, if you’re watching on a mobile phone then do keep an eye on how much Internet you’ve got available to you.

Is It Really Live? 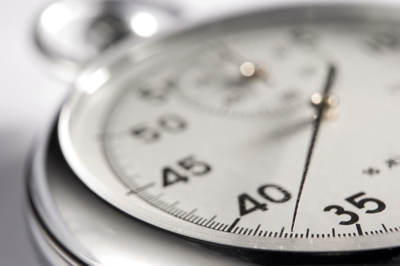 The final thing to bear in mind when it comes to Live Streaming is the fact that the name of the service is slightly misleading. Events are, in fact, not actually streamed live. There is normally a delay on the event of anywhere up to ten seconds but, and this might blow your mind, events shown on TV are not normally exactly live either. Because things need to bounce off satellites or run along cables, they can never be as live as real time. That’s why you can be watching an event via your TV aerial in one room and walk through to another where it’s coming via satellite and be at the same place in proceedings.

If you’re betting In-Play then this doesn’t matter too much, given that In-Play markets are also slightly delayed and tend to be suspended if something like a penalty or free-kick is given in football. When it does bear thinking about, though, is when you’re betting on an Exchange against people who are actually at the event. They will have an advantage of a few seconds over you, so do think about that before you place your bets. Live, believe it or not, isn’t actually as live for some people as it is for others.