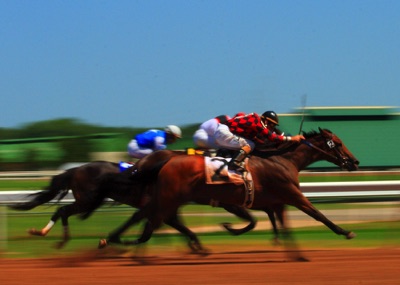 Full cover betting is something that might seem slightly complicated to those of you that are new to the matter, for the simple reason that it’s a type of bet that appears as though it will be a promising one with decent returns. After all, if you’re betting on all possible outcomes then doesn’t that mean that you’re pretty likely to come out with a net win? Why doesn’t everyone place such bets all of the time? The answer to that is that the name is slightly misleading, with full cover bets offering you plenty of cover for numerous different horses on different races but you still need a couple of them to win for your bet to come home.

Say, for example, that you’re a football fan and you want to place a bet on Liverpool, Tottenham Hotspur and Manchester City all winning their Premier League games on the same weekend. A treble accumulator is the standard wager that you’d look to place, but if even one of them missed out on the three points then your bet would be a loser. The alternative, therefore, would be a full cover bet like a Trixie, which rolls numerous single bets into one package. The joy is that you can see one of your lines losing but still see a return. I’ll take a closer look at them all here.

The key place to start is by looking at the different full cover bet types that are offered by the majority of bookmakers, including a quick explanation of how they all work.

If you’re wondering where to find the various bets then simply add your selections to your betting slip and you should see them appear on the bottom of it with most bookmakers.

As we mentioned in the introduction, the name of these bet types tells you everything that you need to know: they offer you comprehensive cover for your chosen horses and are just a way of making life easier for yourself then going in and placing each of the different bet types individually. They are, as much as anything, a time-saving device.

One option open to you with the various bets is the ability to bet Each-Way, just as with straight Singles. It gives you even more flexibility with your full cover bet, meaning that you’ll see some money come back as long as your horses place. As with normal Each-Way bets, though, they’ll cost you double to place, so bear that in mind when you’re doing your calculations.

This is the bet type mentioned in the introduction. It involves four bets being placed: three Doubles and a Treble. As long as two of your three selections is successful then you’ll see a return.

As an example, let’s say that you want to place a bet on Unknown Horse, MadeUp Horse and Invented Horse to win their races during a meeting. The four bets you’d place would look like this:

As you can see, as long as two of your selections, regardless of which ones, come home then your bet will be a winner. If all three of them win their races then you’ll win even more. Because they’re are four different bets you’ll need to pay for them individually, resulting in a total layout of £400 for a £100 Trixie bet.

A Patent is like a mega-charged Trixie, adding three Single bets to those listed above. This has the added benefit of only requiring one of your selections to win in order for you to see a return, but the downside is that it will cost you more. As it’s seven different bets you’ll spend £700 on a £100 Patent.

The next one up from a Trixie is a Yankee, which requires you to select four horses from various events. For the purposes of our demonstration, we’ll add in Mystery Horse. This time your bet includes six Doubles, Four Trebles and a Fourfold, which would see the following added to the four bets from the Trixie explanation:

Just as with the Trixie, all eleven bets are placed individually so you’ll have to pay for them. That means eleven bets at £100 per bet, if that’s your chosen stake, for a total cost of £1100.

The clue is in the name here. This bets sees four more added to the roster from the Yankee, meaning that in total it offers four Singles, six Doubles, four Trebles and one Acca on the four different horses you’ve selected. The additional bets are four singles as follows:

As you’ll no doubt have figured out, the bet is fifteen different bets rolled into one, which you’ll have to pay for. For the purposes of simplicity I’ll reduce the stake amount to £1 from now on, meaning that you’ll pay £15 for your Lucky 15 bet and will get a return if just one of your selections wins.

This is one of the bets that sees most bookmakers put offers in place for. The offers include things such as odds being doubled for the winning horse if three of your selections lose and just one wins and a 10% bonus being added to your winnings if all four of your selections win.

You’d be forgiven for thinking that a Super Yankee would be next in line after a Yankee, but in actually fact the bet, which is sometimes referred to as a Canadian, is much more extravagant than that. It’s actually twenty-six different bets on five selections from the events that you’re betting on.

In addition to the fifteen bets that make up the Lucky 15, but minus the four Singles, you’ll also have another four Doubles, six more Trebles and five different four-fold Accas, plus one five-fold Acca. Because we’ve now reached the stage when this becomes far too complicated to write out each individual bet, you’re just going to have to work it out for yourselves!

It works out as a total of ten Doubles, ten Trebles, five four-fold Accas and one five-fold Acca, hence the twenty-six bets in total.

The fact that there are no Singles in a Super Yankee means that you’ll need at least two of your selections to win in order to get a return on your bet. Once again, though, it’s classed as individual bets meaning a £1 stake would mean a total bet cost of £26.

Once again the clue is in the title, with this particular wager seeing your total cover bet offering thirty-one bets on your five different selections. The bet is made up of the following breakdown:

The return of the Singles means that just one horse winning will mean that you get at least some return for your bet, though whether it will be enough to cover the £31 bet with a £1 stake will depend on the odds of the winner.

As with the Lucky 15, you’ll often find bookies giving additional incentives to place a Lucky 31 Bet. Usually you can expect a bonus of 20% added onto your winnings if all five of your horses win their races, plus your winning odds will be doubled if you have one winner and four losers. As with the Lucky 15, this normally only applies to horse and greyhound racing bets.

Those of you that know anything about marketing will have already figured out that this bet gets its name because it features fifty-seven varieties of bet placed on six selections. They work out as follows:

Once again the more sharp-eyed amongst you will recognise that I haven’t mentioned singles there, so you’ll need two or more of your selections to win in order to see a return. A £1 stake will result in a £57 bet and few bookmakers will offer additional incentives.

Have you figured out the pattern here yet? This is a wafer involving sixty-three different bets on six selections of horses, with the breakdown looking like this:

As with the other Lucky bets listed above, you’ll be able to pick up offers from bookies that see your winnings topped up by 25% if all six of your selections come home, whilst some will also give you a bonus of 10% if five of your six horses are winners. If you end up with five losers and one winner then some will double your winners’ odds, whilst the total bet will cost £63 for a £1 stake.

Just as the Lucky bets add Singles to previous bet types, so too do the Super bets remove the Singles but add a horse. For that reason, a Super Heinz takes things to the next level and sees one hundred and twenty bets placed on seven horse selections. The bets number up as follows:

The lack of Singles points to the need for two or more of your selections to come home in order for you to get a return on your initial investment. Sticking with the £1 stake, this bet would cost you £120 to place. 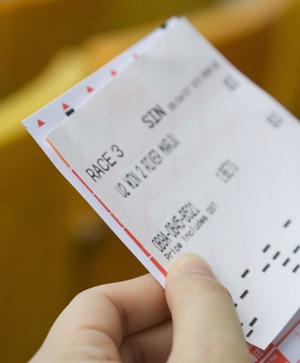 Last but not least is a bet as impressive as its name, requiring punters to add eight selections from the various events that they’re betting on. The title of the bet type comes from the fact that it involves two hundred and forty-seven bets, broken down like this:

There are still no Singles involved here, so once more you’ll need to see at least two of your seven horses make it home for your bet to see any return at all on your initial investment. That investment amounts to £247 if your stake is £1 because of the two hundred and forty-seven different bets being placed. You can also see why I thought it best to stop adding made-up horse names and explaining all of the bets individually!

As mentioned, the additional bonuses that you’ll get if you have one winner and the rest are losers or if all of your selections come home vary from bookmaker to bookmaker, but it’s fair to say that they’re reasonably standard in most of the ones that I’d recommend you placing bets with. If you’re unsure then either check the terms and conditions of your bookie of choice or else speak to a representative on live chat.