The idea for this site came to me when I was looking for advice about which bookmakers are good to join. I found that so many of the other guides out there are quite formulaic, with few personal opinions worth reading. For me, knowing what it is that someone likes about a betting site is far more important than knowing what offers the different bookmakers will give you. I can find the offers myself by clicking on the homepage, but reading how good their website is or whether or not they’ve got a decent app is much more helpful.

Football and horse racing are my main sports of choice, so how sites cover those two interest me the most. What is the coverage like? How are the odds? Is the website good or are you better off downloading the app to your phone? They’re the sort of questions I ask myself when I look at a site and so that’s the sort of information I’ll be giving you.

I’m a straight talking sort of person, which you might well have been able to spot from the fact that this site is called ‘Best Betting Sites’. You will find within these pages my tips for betting sites that are worth your time. These are ones that I trust and I only recommend sites that I’ve used myself on numerous occasions. Obviously there are other sites out there, but you do need to be wary given the fact that any old Tom, Dick or Harriet could set up a bookmaking site and promise you the earth. That’s why I use the sites for some time before they go on my list. 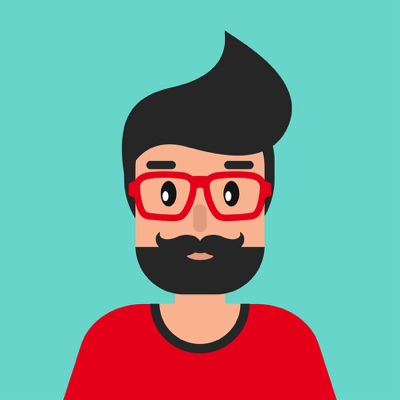 Of course, there’s not a lot of point in me telling you that I only recommend sites that I’ve used and that those are the ones worth signing up to if you don’t feel like you can trust me. Who am I? Why am I writing a website about bookmakers in the first place? All fair questions and ones that I’ll make some effort to answer here.

At the risk of losing the interest of the more partisan members of my audience, I’ll let you know that I’m a Liverpool fan – hence football being one of my main sports. My dad was a Liverpool supporter, as was his dad before him and his dad before him. In the case of me it ain’t nothing but a family thing. I was born into a family of Reds, though sadly I miss out on the tag of being a true Scouser as I was born on the Wirral!

My dad was born in Liverpool, though, so it’s not like I have no association with the city. I don’t remember the first game I went to, though I do remember that I wasn’t that interested in the football and spent the whole time asking my dad when I could eat the Mars bar he’d brought for me! I do remember the first horse race I went to, however – that was the Grand National when it was re-run in 1997 after the IRA bomb scare.

I confess that my main love has always been the football and I have some wonderful memories as a Liverpool supporter. Watching us win the treble under Houllier in 2001 is clear as day in my mind’s eye; as is the moment we beat AC Milan at the Atatürk in 2005. I have been to Anfield countless times and am now a season ticket holder.

The best game I’ve seen in the flesh was the Dortmund match in the Europa League in the 2015-2016 season. The atmosphere was absolutely electric and there was only going to be one winner of the game in the last twenty minutes. Incredible. By the time the full-time whistle went the bloke behind me, who must have been in his 60s, had his top off and was swirling it around his head. That’s why football is a game so many love!

As well as the Grand National in 1997 I also spent my youth travelling to Cartmel in the Lake District every August bank holiday and going to the races there. I once had on an accumulator for all of the races and had won every single one heading into the last. My horse won and I was bouncing around with joy, having won well over £1000. I headed straight to the Tote to collect my winnings but whilst I was still in the queue it was announced that there had been a steward’s inquiry and my horse had been disqualified! Talk about cruel. That was a real lesson in hubris when it comes to horse racing!

Cartmel, Aintree, Chester, Cheltenham. I wouldn’t even begin to pretend to be an expert on horse racing but I do love it, watching these powerful animals go up against each other in a true test of their spirit and desire. Because I love both sports so much I really do think it matters how well a bookmaker covers them, so I’ll be passing what I’ve learnt on to you and I hope it’s useful. I do love pretty much any sport, once believing that I was an expert in tobogganing because I’d watched it for about half an hour. That’s why I look at the way bookies cover all other sports, too.