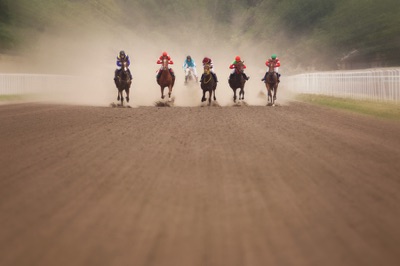 One of the few things that the more casual bettor doesn’t tend to think too much about when placing their wager is the surface that a particular race is taking place on. We know all about the Going, though we’re willing to bet that a lot of people don’t really think about it and even fewer understand it properly, but what about the actual track that the racing is happening on?

It’s understandable that people that only tune in to watch the likes of the Grand National, the Gold Cup and Royal Ascot might think that horse racing only occurs on grass, but that couldn’t be further from the truth. There are many different types of track surface that racing can take place on and it’s worth bearing that in mind when you come to place your wagers and wonder which of the horses you should bet on. 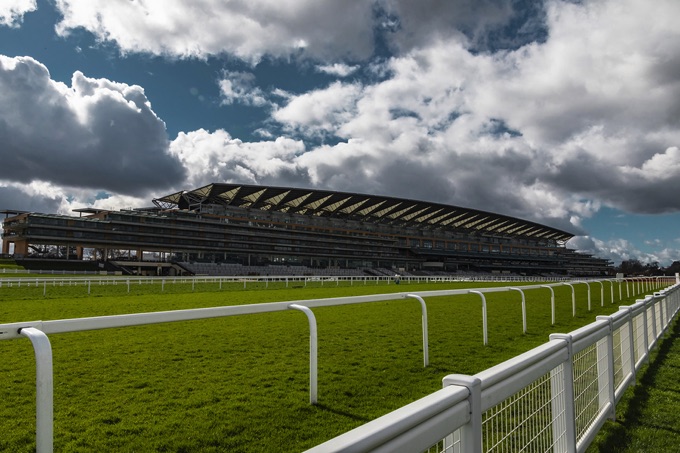 Grass course at Ascot in the UK (Kurt Pacaud / Bigstockphoto.com)

The most obvious place to start is by looking at the surface type that is the most commonly used one not only in the United Kingdom but across Europe. That is largely because it tends to be the best surface for horse races to be run on, provided it has grown in a suitable manner and the weather has been kind to it during the year. Obviously, it’s dictated by the Going, but usually turf and grass allows the horses a soft landing, which is why it’s the most preferable for jump racing.

Another benefit of racing on grass is that it doesn’t offer much friction, which allows the horses to run much quicker than some other surfaces. That is most obvious during the flat racing season when the warm weather means that the tracks are firmer and lend themselves to the physicality of thoroughbred horses that are used on the flat. Flat racing is usually much faster than jump racing for more reasons than just the obstacles that the competitors need to negotiate, with the state of the turf being one of them.

Jump racing, on the other hand, takes place in the winter season when the grass tracks are normally a bit softer because of the rain that’s been pounding on them throughout autumn and into the winter. That allows for steeplechases to have a slightly nicer landing when getting over a fence or hurdle.

The Going on Grass Tracks

Of course, the very nature of grass means that it can be extremely variable, which makes for much more exciting racing from one week to the next. The different state of the track is referred to as the Going, with the following being the most common types of Going you’ll need to know about:

If the bookmakers could choose, then they’d probably ban turf for racing because of the simply reason that it’s a variable that they can’t control. It lends itself to shocks and surprises because the jockeys and horses won’t know from one week to the next what it is that they’re going to be racing on.

One attempt to normalise the track type that has become more and more common in recent times is the synthetic surface, occasionally referred to as artificial or all-weather. In actual fact, there are numerous different types of ‘synthetic’ tracks because numerous different companies are making the surface type and offering sometimes different. Here’s a look at the four most popular:

The vague idea behind synthetic surfaces is that they offer similar properties to the dirt or grass that they are trying to imitate, but that they don’t have the same variations caused by weather that the two of them would offer. Think of the difference between a grass football pitch and a 3G offering and you’ll be in the right area. Indeed, that’s why the term ‘all-weather’ is associated with them, because they will be pretty much the same almost regardless of what’s been happening to them.

Obviously, that’s not totally true and genuinely spectacular weather will cause them problems, but they are designed to drain much better than grass and real dirt surfaces so they are ideal for use in significantly wetter weather. In terms of what the bookies might like in a perfect world, they’d probably opt for synthetic surface types because it removes the variation you’ll find on turf, therefore making it easier for them to predict what will happen. They are easier to predict, reducing the risk of injuries and falls.

The Going on Artificial Tracks

One thing those of you that take things seriously might want to consider is what base the artificial tracks are built on. A springier surface will mean the racing will be faster, whilst a less firm one will result in a slower race in general. The different surface types cope with moisture better, too, so there is still something of a Going to speak about even regarding synthetic surface tracks. If they’re dry then the Going will be Fast; it will be Standard to Fast if there’s a bit of moisture; if the course is wet then it will be declared as Standard to Slow and if it’s really wet then it will be called Slow.

Synthetic surfaces were first used in the United States in the 1960s, so the fact that it has yet to catch on to any real extent tells you a lot. You’d never see the likes of Ascot, the National or the Gold Cup raced on an artificial surface, for example. It’s possible that they will develop to be able to cope at some point in the future, of course, but it’s not exactly likely.

The final track type to tell you about is that of dirt, which is most commonly found on American racecourses. Is is the fastest of all the different surface types because it is usually very firm, lending itself to flat racing of thoroughbreds and less commonly used in jump racing. Because dirt tracks are most common where it’s difficult to grow grass, you can also find the surface type in use in the likes of the United Arab Emirates and the Far East countries like Japan.

Because it’s a surface type that is found in hot countries it’s also usually much faster than grass courses. Nowadays it’s becoming more and more common for racecourses to offer one each of a dirt, grass and synthetic course, especially in the United States, in order to allow different types of racing to take place in the same location. The mixture used for a dirt track is generally dictated by the location, with courses in the UAE opting for more sand and those in the US choosing to put in more mud, for example.

One thing to bear in mind when it comes to looking at results from dirt tracks is that the mixture of the dirt can result in entirely different track types and characteristics. Yes, a dirt track will usually be more reliable than a grass one but whether there’s more mud or sand in the mixture will make it a different proposition for each horse running on it. Just as with synthetic surfaces, finding out what the dirt has been laid on top of will help you out in figuring out whether it will be a quick or slow surface. Is it on asphalt or the bare ground? Both will run differently from each other.

The Going on Dirt Tracks

There’s still an extent to which dirt tracks can have a Going, with the most common phrases and their meaning being as follows:

Sometimes you might hear a course being referred to as ‘sealed’, which means that the course will have as little water absorption as possible because the design of it doesn’t allow for moisture to do anything other than run off the track. Because the majority of dirt racing takes place in countries where the weather is very hot, it’s unusual for the course to be anything other than Fast or Good. It does happen sometimes, though, especially if the dirt course is in a European country.

The final thing to note about dirt courses is that they might be the fastest surface on offer but they are not kind to the horses. Deaths are far more common on dirt courses than the other two surfaces, as this table shows:

As you can see, synthetic tracks are the least likely to result in the death of a horse, though there isn’t a huge difference between that track type and grass. Regardless, it helps to explain why there continues to be a push from animal rights activists to see as many racecourses as possible offer a synthetic track.