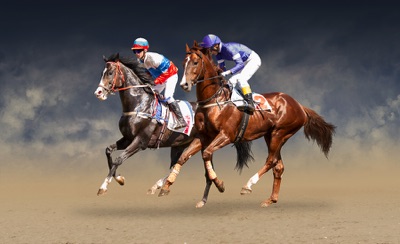 There are numerous reasons why we all love betting on the horses, with the chance of seeing our selection cross the line first high up on the list. When it comes to cheering the horses as they race towards the finish line, there’s nothing more exciting than seeing two of the magnificent beasts going stride for stride in the search for a first-place finish.

It might be thrilling to watch, but from a betting point of view, it can lead to a sense of frustration and confusion if the two horses cross the finish line at exactly the same time as each other. Dead Heats aren’t all that common any more, with the advancements in technology allowing judges to look in minute detail to see which horse has crossed the line first. If they can’t separate them, however, then they’ll declare a Dead Heat, which we explain below.

What Is a Dead Heat?

As suggested in the intro, a Dead Heat is when it’s basically impossible to separate two horses in order to figure out which one of them came first and which one second. From the point of view of the punter, you might well think that they should just both be paid out as winners, but that is, entirely unsurprisingly, not the generous manner in which bookmakers work.

How Dead Heat Bets Are Paid Out

Let’s look at a really easy example, mathematically speaking. Let’s say that you’ve placed a £20 wager on a horse that has odds of 10/1 to win a race, but it finishes in a Dead Heat alongside another horse. What happens there is that your stake is split in half, so it essentially becomes a £10 bet with the odds remaining the same.

That means the you’ll be paid out at 10 x 10, or £100. The key thing here is that you’ll also only get half of your stake back with your winnings, so you’ll receive £110 rather than the £220 you would have if your horse had won the race outright.

Things get more complex the more horses finish in the Dead Heat spots. Again, let’s keep the maths simple and say that you’ve placed a £30 bet on a horse with odds of 20/1. It crosses the finish line at exactly the same moment as two other horses, meaning that your stake is divided by three.

The numbers obviously just increase with every linked winner, so four horses in a Dead Heat means your stake divided by four, five is divided by five and so on. Now the reality is that it’s pretty much unheard of for more than two or three horses to cross the line at exactly the same time as each other, but you’ll know how your stake will be worked out if the miraculous happens at some point in the future.

It’s not just straight Win bets that can fall victim to the Dead Heat curse, of course. It’s entirely possible that you’ve placed an Each-Way bet on a horse and seen it come in second exactly in line with another one of the horses in the race, so what happens then?

It’s mildly complicated, but not massively so. The same rules apply, but they only apply to the Each-Way part of your bet. Let’s say that you’ve bet £20 Each-Way on a horse with odds of 20/1 and the bookmaker you’ve chosen pays out at 1/4 of the odds for the first four places in the race.

Your horse has finished second in a Dead Heat, meaning that the Win part of your bet is an immediate loser. The £40 you paid has been cut to £20, with that £20 then dropping down to £10 because of the Dead Heat rules. You’ve now got a £10 bet on 1/4 of the odds of the horse, or twenty divided by four, which makes the new bet 5/1.

How Common Are Dead Heats in Horse Racing? 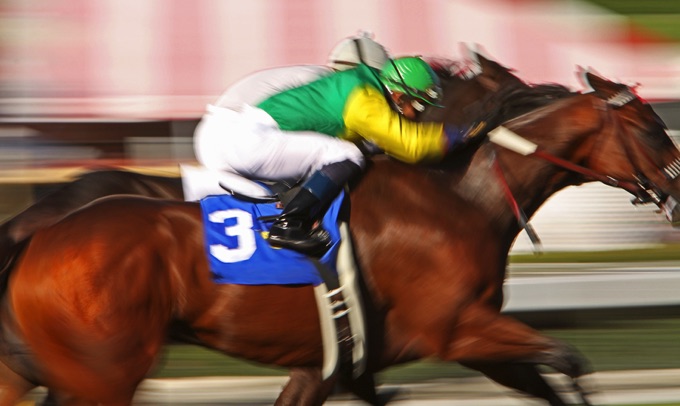 Dead heats in the likes of golf are not entirely uncommon, with the tournament usually being resolved by a play-off over a given number of holes. In horse racing, however, it’s nowhere near as common, with the sheer speed and size of horses meaning that it’s usually relatively easy to tell the horses apart from each other thanks to the software and hardware in use to decided a photo finish.

The history of Dead Heats in horse racing is an interesting one, with the decision in the olden days being made by having the two horses re-run the race. Since the turn of the twentieth century that doesn’t happen any more, with the bookies instead coming up with their system for paying out to mean that there’s no need for a re-run.

Between the turn of the twenty-first century and April of 2019, there have been nineteen Dead Heats for first-place in races big enough to make the newspapers. Here are the details:

As you can see, of all of those races only two of them involved three horses in a Dead Heat and none involved four horses. It’s far more difficult to come up with a list of Dead Heats for the Each-Way positions, but that does give you some indication of just how unlikely betting on a race that ends in a Dead Heat actually is.