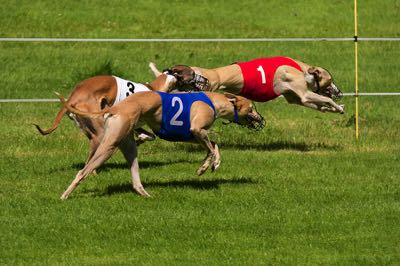 Elsewhere on this site you can read about the practice of betting on the name of greyhounds, rather than on the trap that they’re running out of. Trap betting isn’t as common as placing your wager on the name of a specific dog, but it certainly happens with lots of different bookmakers and the options can be plentiful. The benefit is that your bet will continue even if a greyhound is withdrawn from the race for some reason, being placed on any dog running out of the number of trap, rather than one dog in particular.

Of course, this has its downsides as well as its ups. We would always recommend that you do as much research as you can before you place a bet on a dog taking part in a race, but all of that research goes out of the window if it is replaced with another one for some reason and you’ve bet on the trap number. Still, if all you’re really bothered about is having a bet rather than what that bet is on, you might find that trap betting is for you. This is especially the case at courses where there is a bias towards certain traps.

What Is Trap Number Betting? 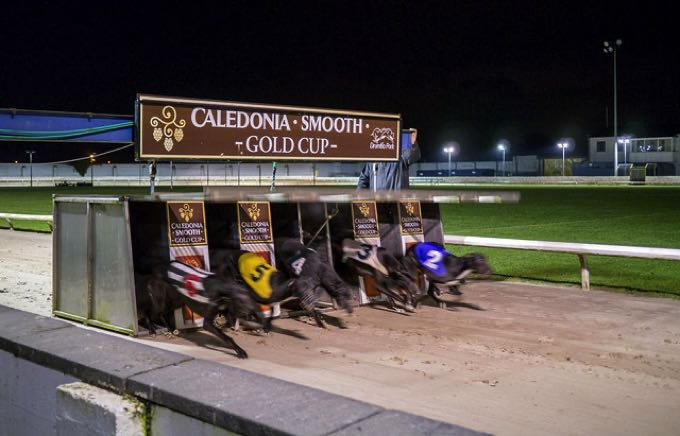 Head to the website of a bookmaker with the aim of placing a bet on a horse race and you’ll essentially be given the option of betting on a specific horse all else betting on the favourite. There are some variations of this, but the truth of the matter is that horse races tend to start by the horses being gathered together towards the starting line and then released. This means that it is very difficult to place a bet that is fluid in nature, instead needing specificity in order for a bettor to feel secure in what it is that they’re betting on.

In the world of greyhound racing, things are rather different. Trying to get a group of greyhounds to come together at the starting line of their own volition would be virtually impossible, so instead they are put into their own cages, or traps, ahead of a race. The front of the trap is released when the race gets underway, resulting in the dogs running out of them at high speed. From there, they chase the hare around the track and the dog race is completed, but the manner in which they start off the race allows for some betting options.

The vast majority of bookmakers that offer wagers on greyhound racing will allow you to place your bet specifically on the name of a dog taking part in the race, but they also give you the option of betting on the dog that is located within a certain trap. That is to say, there are typically six traps that are used for a dog race and you don’t even need to know which dog is racing in which trap if you don’t want to, instead simply placing your bet on the numbered trap that you think the winning dog will emerge from at the start of the race.

Elsewhere on this site you can read about Trap Challenge Betting, which is essentially a bet on which trap will see the most winners during the course of a meeting. With the majority of greyhound meetings in the United Kingdom seeing as many as 14 races taking place, that is a good chance to have a wager on all of them without needing to spend the associated amount of money. We won’t go into it in detail here, given that you can read about it on another page, but it is worth pointing out that it is an option with trap betting.

The Pros of Betting on Trap Numbers 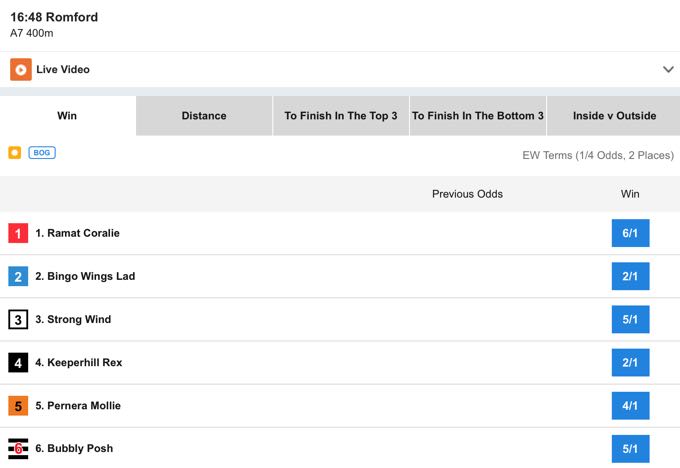 There are all sorts of reasons why a greyhound might be removed from a race before it gets underway. Dogs are animals that can easily pick up injuries, especially when they’re as nimble and fleet of foot as greyhounds. As a result, a greyhound might be taken out of the race before it has begun, only to be replaced by a reserve. If you have chosen to place a bet on the specific dog and ticked the option that says ‘no reserves’ on the betting slip, you will simply get your stake money refunded to you when your chosen dog doesn’t race.

If, on the other hand, your dog doesn’t take part in the race but you’ve placed your bet on the trap rather than the specific dog, you will find that your bookmaker simply moves your bet over to the reserve dog that takes part in the race out of that trap. This can be extremely useful if you’re keen to place a bet rather than are particularly desperate to bet on one specific dog. If you have placed an accumulator on all of the races at a meeting, for example, you won’t want one of the races to be removed as this will reduce your possible winnings.

The Downsides of Trap Betting

As a rule, we always encourage people to do as much research as possible before they place their bets. We’d advise you to study the form, to have a look at how each greyhound has got on at specific circuits in the past and whether any of them have gone up against other dogs taking part in the race on a previous occasion. All of that is the basic level of investigation that bettors should be looking to do before putting their money on a dog in a race, ensuring that they give themselves the best possible chance of winning their wagers.

The problem is, all of that research goes straight out of the window the second a dog is removed from a race. Let us imagine a scenario in which you’ve poured over the lineups for a meeting and selected a dog you think is a shoo-in for the win in one of the races. The owner or trainer, meanwhile decides that the dog should run in a different race, withdrawing it from the one that you’ve got your bet on. Because you chose to bet on the trap rather than the dog, your bet now moves over to the dog that they have been replaced with.

It is entirely possible that your bet still proves to be a winner, of course, just as it was possible that your bet would be a losing one if the original dog had run in the race. At least if that was the case, though, you’d feel as though it was unlucky rather than out of your control. If the replacement dog fails to win then you will only have yourself to blame for not betting on the specific dog that you wanted to and for instead betting on the trap. It is an unnecessary risk that you can avoid taking by being careful with what you’re betting on. 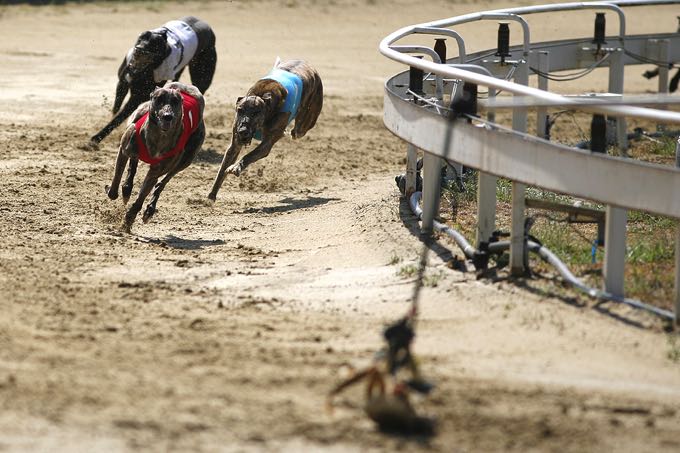 The other reason you might want to consider betting on the trap rather than the specific dog is that, with some bookmakers at least, doing so opens up a whole world of different options in terms of the bets that you can place. Rather than just being limited to the likes of straight up Win, Place or Each-Way wagers, you can instead use the fact that you’re betting on the trap to your advantage. You have a host of options that become available when betting on the traps, as we’ll explain in more detail here:

Traps are numbered. The fact that they aren’t limited to names means that you can ignore the field and look instead to bet on whether or not an individual race will be won by a dog in an Even numbered trap or an Odd one. This obviously means that you’re betting on several different dogs at the same time, with Odd bets winning if the dog from trap 1, trap 3 or trap 5 is victorious in the race, whilst a bet on Evens means you’ll be routing for the dog running in trap 2, trap 4 and trap 6. Suddenly you’re not invested in one dog alone.

Another option that is available to you is that of betting on the Inside traps or the Outside traps. For most bookmakers, Inside means that you think one of the dogs in trap 1, trap 2 or trap 3 will win, whilst an Outside bet is on the dogs running out of trap 4, trap 5 and trap 6. If you’re stuck between two dogs taking part in the race and they’re running on the same side of the traps, you can use this option in order to cover the possibility of either of them winning with the same single bet, rather than needing to explore another bet type.

What to Think About

One of the big things to think about when it comes to betting on traps rather than on named dogs is that the odds you take at the time that you place your bet will carry over to the race itself. Let us imagine for a moment that you are betting on the favourite for a race, but instead of betting on the named dog you are instead betting on the trap. The dog in question has been given odds of 2/1 before the race, but their trainer decides to withdraw them from the race that you’ve bet on in order to run them in a different race instead.

Suddenly Super Fast Doggy in trap 5 has been replaced with Inconsistent Doggy, yet the odds that you took on the trap remain in place. You’re now betting on a dog that should have odds of more like 6/1 but you’re only getting 2/1. The value that you thought was there has been taken away, so even if Inconsistent Doggy wins, you’ll feel as though you have been short-changed somewhat by your bookmaker of choice. This loss of value in the bet is something that you have to bear in mind and think about when placing your bets. 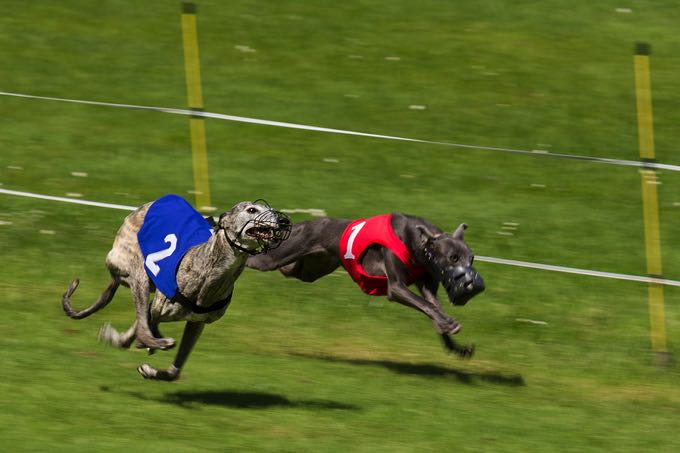 There is evidence to suggest that every course in the country has some sort of bias in play. Whether it be that the trap on the outside of the course tends to produce fewer winners or that one of the inside traps sees dogs victorious more often than you’d expect, it is definitely the case that a course might well offer you an insight into how it will produce winners if you know where to look. That isn’t to see that a course with a bias towards trap 6 will always see the winner emerge from it, but it might produce winners at a rate of 33% compared to 20% with the other traps.

If you’re determined to look at trap betting rather than betting on a named dog then it is absolutely worth doing your research into the trap bias at the course that you’re looking at betting on. It might be, for example, that you’re torn between two dog and one of them is running in trap 6, which offers a slight trap bias. This should inform your thinking and perhaps encourage you to bet on the dog running from that trap rather than the other one that you were toying with. It isn’t going to win for certain, but is is more evidence for you to add to your thinking.

That being said, if you’ve done all of your research and are confident that Speedy Doggy is definitely going to win the race, it doesn’t mean that you should change your mind because it is not running out of the favoured trap. Trap bias is a matter of degrees, so it might give one doggy a small advantage over another but if it was so advantageous that every dog running in it always won, the course wouldn’t last long without introducing changes. It is information to be borne in mind, not to change your mind.