This entire site has been set up to tell you about the very best bookmakers you can find. In order for it to work as a concept, then, there must be a huge number of companies out there trying to get your business. We know that is the case because I’ve told you about a lot of them, but what do they do to separate themselves from their competition? For the well-established bookies there isn’t a lot they need to do. Pretty much everyone has heard of the likes of William Hill, Ladbrokes and Coral. Their main task is keeping their names in the public conscience and ensuring their offers are as good as everyone else’s.

For lesser-known companies, however, things aren’t quite that easy. They can have attention grabbing offers, but sheer business-sense says that these can’t last forever. So, one thing that they can do is gain a celebrity endorsement. That’s exactly the route that Sport Nation – formerly known as BetOnBrazil – started out doing, enlisting former footballer-cum-shock jock / Talksport big-mouth, Alan Brazil, to help them get their name out there. That’s not to suggest that they don’t have good offers too, of course; just that their ‘schtick’ is to be represented by a man who used to play for Ipswich Town, Tottenham Hotspur and Manchester United, amongst others. The company, however, has just rebranded from BetOnBrazil to SportNation in the summer of 2017, so it’s possible this celebrity endorsement could be a thing of the past and they will be taking an entirely new direction.

You could have the Queen herself as the face of your company, but if the features that you offer to punters aren’t good enough then you’re not going to last very long in such a competitive industry. So, what do SportNation offer to attract your attention?

It’s tricky to talk about Cash Out as an option when it comes to SportNation, mainly because they don’t have it at the time that I’m writing this. The new football season is just a couple of weeks away, however, and a helpful chap on the company’s Live Chat feature informed me that they’re hoping to have it up and running by the time that the new Premier League season gets underway.

That’s not a massive surprise, of course. Cash Out has been a game-changing feature for the betting industry and it’s something that the majority of bookmakers now offer as standard. I’ll likely come back and update this page once the new season starts, but I wanted to tell you how things currently stand so that you don’t go to the site, see there’s no Cash Out and presume it’s not something that they’re going to offer. It’s coming soon, apparently.

There’s no Live Streaming available via SportNation, but I’ve always said that that’s not something you should use to decide whether or not to have an account with a company. Plenty of bookies will allow you to live stream events either by having a positive account balance or else by betting a small amount on the event. With that in mind, you can always use a different company’s Live Streaming whilst you place your bets with the likes of SportNation, that doesn’t offer it. The important thing is whether you like their Live Betting functionality and whether or not you’re pleased with the odds or offers you can get.

Unsurprisingly for a company with Alan Brazil as its figurehead, SportNation cover plenty of different football matches in their Live Betting section. As well as offering live odds on all of the obvious, mainstream events such as the Champions League and British football, they also go further afield to places like Colombia, Estonia and the Faroe Islands. They’re also strangely good at covering tennis, perhaps because it’s a sport that lends itself to Live Betting as a format. Anyway, whatever the reason, you can bet on loads of live tennis matches if you fancy. 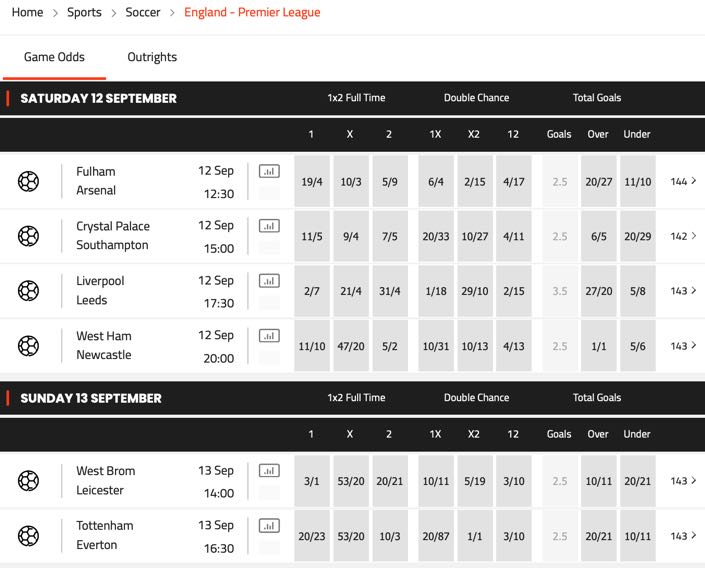 SportNation isn’t the oldest company in the industry and it takes bookmakers a while to build up a list of sports that they feel confident that they can cover with a decent degree of success. It’s not a major surprise, therefore, that SportNation’s list of sports and events isn’t as all-encompassing and impressive as some of the biggest names around might have to offer.

Still, it’s a solid set of sports that you can bet on and most of the biggest sports for a UK audience are covered. As well as the most obvious ones like football, tennis and horse racing you’ll also find the list goes further afield. 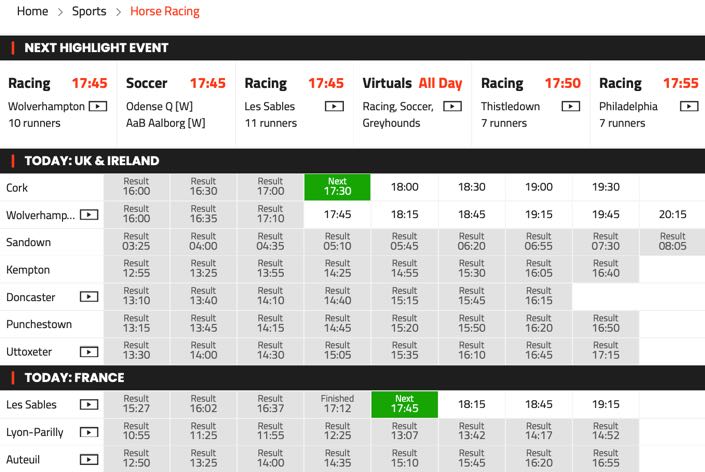 Sports, such as American football, darts and rugby union, might not be to everyone’s taste but there are still plenty of punters that will want to have a flutter on them, so they’re all in there. Their ante-post options aren’t quite as good as with the household name bookies, but then they were never likely to be. You can still bet in advance on things like the St. Leger, King George VI and Glorious Goodwood, with prices on international tournaments such as the Prix De L’arc De Triomphe and the Melbourne Cup also offered ahead of time.

The list of sports isn’t the longest but it’s growing all of the time. Sometimes I find it’s better when a bookmaker has a small list of things offered, too, as it allows them to focus their efforts and cover what they do in the best way possible. What I would say is that it’s worth your time to check them out, see if they cover the events that you like to bet on and then make a decision. Their offers are normally good enough to mean that you’ll return to them often, so it would be a mistake to ignore them just because they don’t have Live Streaming and only cover a limited number of sports.

‘Dont bet on borin’ is the slogan of Argyll Entertainment, the parent company behind the SportNation brand. That might well explain why they decided to bring Alan Brazil on board. The rather rotund presenter is many things but I’m not sure you’d ever call him boring! If the press releases are to be believed, he often chips in with an opinion on the site, too. Whether it be the occasional blog or even a podcast, he’s not shy in letting the company’s customers know what he thinks are bets worth placing. Argyll Entertainment believe that his involvement offers a unique mix of ‘fun’ and ‘debate’ to liven up the betting experience.

Life for SportNation started in the early part of 2016, originally under the name BetOnBrazil, launching in time to entice in the bettors looking to have a flutter on the UEFA European Championships that were taking place that summer. They’ve been gradually rolling out the sportsbook ever since, which explains why they are still only offering odds on selected things. There’s a full team behind the site, ensuring that Alan Brazil isn’t having to sit at home with a calculator and work out how much in the way of winnings anyone is owed. Argyll Entertainment is based in Switzerland but is also part of the larger company AHG Group, which is itself based in Orlando, Florida. Whilst the company is undergoing a rebrand from BetOnBrazil to SportNation, only time will tell which direction it decides to take in terms of development and new features.