For those of us who have spent most of our lives dealing with betting companies in one way or another, it’s easy to forget that not all of them started out in the same way. In the UK we’re used to companies such as William Hill and Ladbrokes having started life as bookmakers before we were even born, perhaps being established on the horse racing circuit or at greyhound tracks. From there they grew into the impressive companies that we know today and they’ve pretty much always just existed. That’s not the way it works for every company, however, and 138Bet are the perfect example of a bookie that’s seemingly come from nowhere during the era of the online bookmaker.

They’re also an example of a company that you probably won’t have heard of and yet somehow the name rings a bell. That’s because they’ve been a principal sponsor of Watford Football Club ever since 2013, following them into the Premier League and sticking with the Hornets on their journey. That sort of sponsorship is a clear indication of the fact that they want to appeal to UK punters after years of being aimed fairly squarely at the Asian market. Having garnered an excellent reputation in the far East, they moved over to these isles in 2012 and have worked hard at entering the competitive world of UK-based bookmakers ever since. 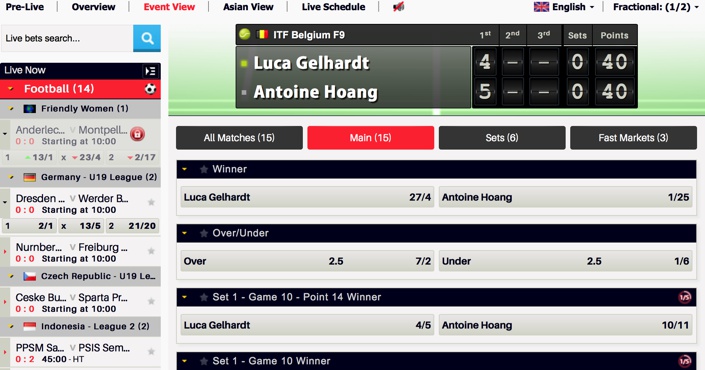 So what do they offer that would appeal to a UK market? Is it simply a case of having decent odds, or can they give you features that put them on a par with those more established bookmakers I was mentioning before?

They don’t have a Live Streaming facility at the time of writing, but that’s never been a deal breaker for me. After all, most bookmakers that do offer Live Streaming will let you watch your sport of choice as long as you’ve either got a positive balance with them or else have placed a small bet on the event you want to stream. I often bet with one company and watch the sport I’ve bet live with another. Far more important to me than Live Streaming is the ability to bet on a sport as it’s happening and on that front 138Bet does not let you down. I’m writing this review on a random Friday afternoon outside of the football season and there are seventeen different matches I can bet on from all over the world.

Their Live Betting isn’t limited merely to football, either. Right now there are twenty-five different tennis games, five beach volleyball matches and three basketball games I can have a flutter on and that’s just to start. Golf, cricket, ice hockey and volleyball are all on the list too, with plenty of different bets available within each event. Clicking on the sportsbook tab will take you to 138Bet’s homepage and their Live Betting interface is the first thing you’ll see. That always says to me that a company is keen to get you betting live and they wouldn’t be doing that if it wasn’t topnotch. It’s not the best Live Betting platform I’ve ever used but it’s certainly better than most.

A feature that I always feel goes hand-in-hand with Live Betting is the ability to Cash Out your bet. It’s something that has revolutionised the industry and made the whole process of seeing how your bet goes even more exciting than ever before. 138Bet let you Cash Out both In-Play and pre-event bets, so you don’t need to panic if it looks as though the selection you’ve made is about to go pear-shaped. Whether you’ve placed a Win single or an accumulator bet it’s entirely likely that it will be valid for Cashing Out, as long as it’s not a system bet or a permutation. There’s also the opportunity to take a Partial Cash Out, should you quite literally be hoping to hedge your bet. 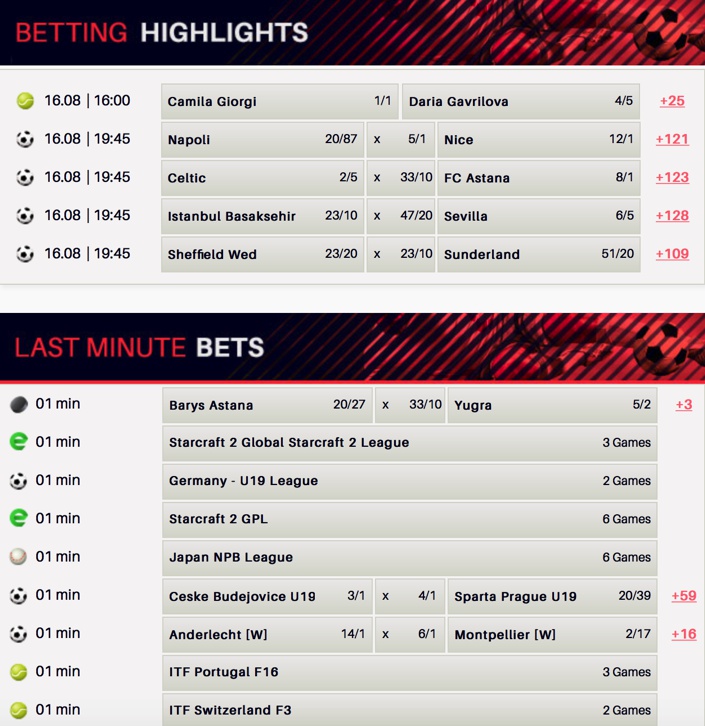 When it comes to having a conversation about 138Bet’s sports coverage I’d say that they are solid rather than exceptional. That isn’t meant to be a case of damning with faint praise, however, as there are plenty of bookies out there they don’t even manage to be solid. 138Bet cover all of the sports that you’ll want to bet on as mainstays, so you’ll find football, horse racing, tennis and rugby on the list without issue. There are also more than a few sports that you might not have expected to find on the list of a company that began life over in Asia and has only made the transition to the UK over the last few years. The likes of chess, athletics and Aussie rules fit into that category.

As always, I’m reluctant to say that you’ll find everything you want to bet on here, especially as some people like to bet on some really weird stuff. Yet it’s definitely true that pretty much all of the staple sports are covered and covered well. As I write this, for example, there are over forty different bets I could place on a football match between Samtredia and Chikhura Sachkhere in the Umaglesi Liga of Georgia. Don’t worry, I hadn’t heard of them either. In my humble opinion nothing suggests depth of coverage like being able to bet on a match featuring teams you’ve had to Google to find out where they’re based.

Back to the coverage offered and you’ll find that you’re able to have a flutter on plenty of different sports, should you wish to. I often find that a good way to test a new bookie I’m using is not to bet on my usual sport of choice but instead to see how they fair with something I normally wouldn’t turn to. Is the experience of betting on badminton, beach soccer, boxing or mixed martial arts exciting enough to mean I’ll give it a try again in the future? If so that’s probably indicative of the company being good at what they do, meaning I’ll go back them when I fancy a change from my favourite bookmakers.

When they first launched in the UK the company did so under the name of 138SunGame. For whatever reason, perhaps a desire not to be associated with the British tabloid with that word in it, they became 138Bet and have been based on the Isle of Man since 2012. That means that they’re regulated by the Isle of Man Gambling Supervision Commission, so your money is as safe as it can be when it’s with them. For the avoidance of doubt or fear it’s worth noting that they also have a licence with the UK Gambling Commission.

As is often the case with online gambling companies, 138Bet is part of a larger company. In this case that company is Xela Holdings Limited. That doesn’t make any difference to things as far as you’re concerned, but I think it’s always interesting to know the parent company that you’re dealing with. They actually have three different online gaming companies, though 138Bet is by far the best known thanks to the aforementioned sponsorship deal with Watford FC. The Asian market is not an easy one to crack, so the fact that they did so before heading to the UK should fill you with confidence.