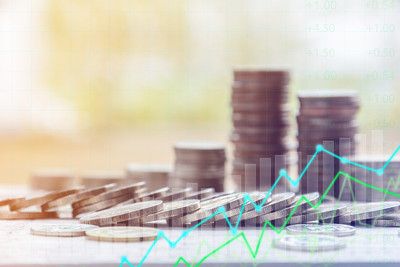 Frankie Dettori is one of the most successful flat racing jockeys of all time, famously winning all seven races that he rode in during the Ascot British Champions’ Day back in 1996. He has been operating as a freelance racer since his contract with Godolphin Racing came to an end in 2012. That has meant that he’s been able to virtually pick and choose the horses that he’s decided to ride, putting him in an excellent position to be confident of winning the races that he’s entered.

In fact, Dettori has become so successful recently that some bookmakers have started to look for ways to limit their potential losses. When he racked up a number of wins at Sandown at the weekend, some bookies chose to offer only Starting Price odds for accumulators placed on the Italian-born forty-eight-year-old. It was a decision that came on the back of a decision by various bookmakers during Royal Ascot in June to simply refuse to take accumulator bets on Dettori during the event. The diminutive Italian is costing the industry hundreds of thousands of pounds this summer.

Between the start of the year and the moment that I’m writing this piece in mid-July, Frankie Dettori has been on the back of one hundred and twenty-eight horses in the United Kingdom. Of those he’s won thirty-six races, which is just under a third of the events that he’s entered. Add to that the one win he’s managed out of seven races entered in Ireland and you can see that he’s in a fine vein of form right now. Indeed, his win percentage in the UK over the past five seasons is 23%, including the wins so far this season, meaning that he’s above his average at present. 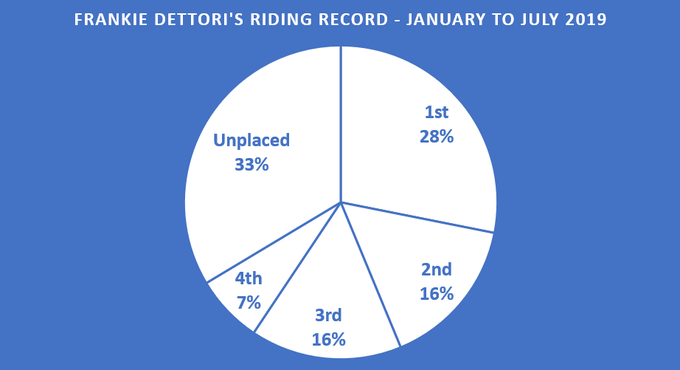 The Italian seems to be getting ever better as he gets older, having endured a tough season in 2013 when he felt as though he couldn’t win for love nor money. That was on the back of being banned for testing positive for a banned substance, that he later admitted was cocaine, causing trainers to be wary of working with him. His current 28% strike rate is more than three times better than the 8% he managed in 2013 and will be the best of his career if he can maintain it until the end of the season.

How The Bookies Have Responded 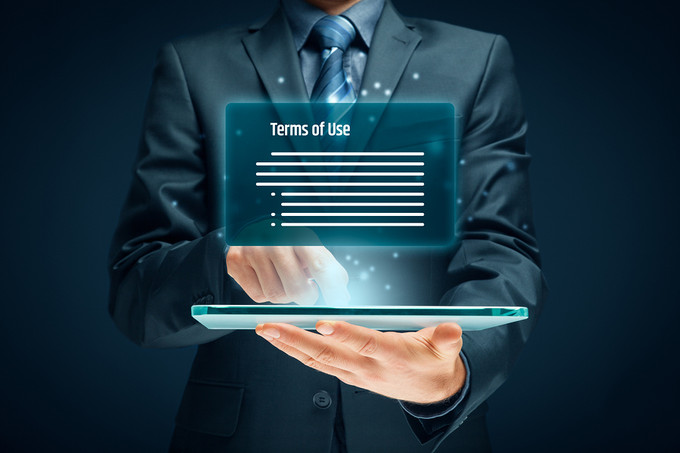 When Arkle was winning race after race during the 1960s, British horse racing felt it had to change the way handicapping worked in order to cope with his sheer brilliance. It looks as though Frankie Dettori’s current form is so good that the bookmaking industry is having to take similar steps to protect themselves from his dominance on the track in a similar way. Simon Clare, the Public Relations Director for Ladbrokes Coral, confirmed that the firms that he represents made the decision on the Saturday at Sandown to offer only Starting Price odds on the final two races for accumulators featuring the rider.

Clare made reference to how the Italian appeared to have taken on ‘a life of his own’ in recent months, winning the first four races on the Thursday of Royal Ascot and giving bookies cause for panic. It was estimated that Dettori would have cost the bookmaking industry ‘hundreds of millions of pounds’ if he’d won all of the races he was entered into on the Thursday of one of flat racing’s most prestigious events. Clare spoke of the ‘unique’ exposure bookmakers were opened to by ‘one jockey’, saying, “Frankie Dettori’s six-timer yesterday was priced at 25,000-1. You only have to take £4,000 worth of stakes for that to have £100m in payouts”.

Not All Bookies Are Behind The Idea 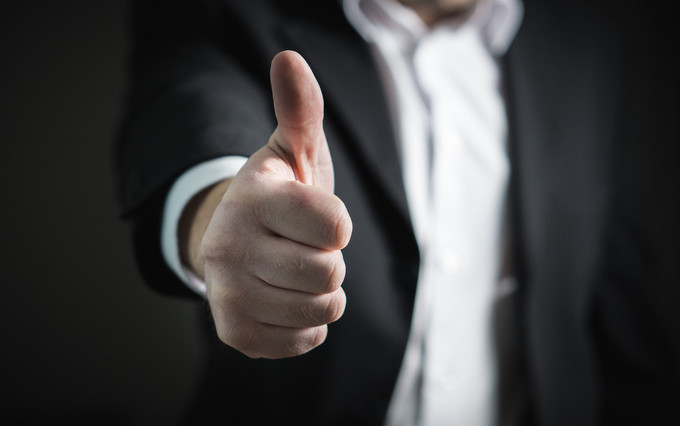 The Trading Director of GVC Holdings, the company that owns the likes of Ladbrokes, bwin and Sportingbet, James Knight, said that his company had ‘dodged a massive bullet’ when Turgenev failed to win the fifth race at Royal Ascot on the Thursday of the meeting. In fact, Rupert Adams of William Hill received an email telling him not to ‘bother coming into work’ the following day if Dettori’s last two horses had also won their races. With that in mind, it’s little wonder that the bookmaking industry has spent most of the summer trying to find ways to mitigate their losses if Dettori’s remarkable run of form in the biggest races at the most prestigious meetings continues.

It’s not an approach that everyone in the industry is entirely on board with, however. The chief of Star Sports, Ben Keith, slammed fellow bookmakers that were refusing to take multiple bets on the Italian jockey during Royal Ascot. When other bookmakers refused some four and five-fold accumulators on Dettori-ridden horses on the last two days of Royal Ascot, Keith said, “Joe Coral, William Hill and Cyril Stein must have been turning in their graves”. His suggestion was one that bookies now appear to be taking up, saying that they could always simply ‘say SP only the last leg’. His firm take bets both on-course and digitally and he said that he thought the response of some bookmakers was ‘utterly pathetic’.