The Gambling Commission has finally released its recommendation regarding what the government should do about Fixed Odds Betting Terminals, after months of deliberating from the Department for Digital, Culture, Media and Sport over the issue. There has been a long campaign against the high stakes involved in FOBTs, which have earned the nickname of being the ‘crack cocaine’ of the betting world.

I’ve written about the case around Fixed Odds Betting Terminals numerous times, so you’ll likely have read a couple of my blog pieces. I’m not going to go over the controversy of them again here, therefore, as you can check those pieces out if you’d like to read more about it. Instead I’ll tell you about the Gambling Commission’s decision and what it’s likely to mean. It probably tells you everything that you need to know about the matter that campaigners are unhappy, but that bookmakers are also less than delighted by the announcement.

What Have The Gambling Commission Recommended?

Let’s start by having a look at what the Gambling Commission have suggested to the Department for Digital, Culture, Media and Sport. As the government’s primary advisers on gambling matters, the Commission has suggested that the maximum stake for ‘slot games’, which are most closely associated with old style fruit machines, be cut to £2. That should please campaigners, who were asking for exactly that figure to where the government cut stakes to. The problem is that the Gambling Commission has also suggested that odds for electronic versions of casino games, like blackjack and roulette, be cut to £30.

It’s that secondary stake limit that has upset campaigners, who feel that those games are the most dangerous to people with gambling problems. At present people can bet up to £100 every twenty seconds, so the cut significant but not severe enough. The Shadow Digital, Culture, Media and Sports Secretary, Tom Watson, said of the decision, “These machines are at the heart of the UK’s hidden epidemic of problem gambling. The Government must cut the stake to £2 on all FOBT machines including the highly addictive roulette style games, as well as increase the delay between each play”.

Watson’s statement was backed up by the chair of the FOBTs All Party Parliamentary Group, Carolyn Harris. She suggested that campaigners will continue to seek the lowest possible stake amount, stating that the maximum stake has got to be pulled down to £2 and that ‘nothing else is acceptable’. Meanwhile, the chief executive of the Gambling Commission, Neil McArthur, pointed out that the reduction of stakes alone is not all that the body thinks is appropriate saying that they have ‘recommended a stake cut plus a comprehensive package of other measures to protect consumers’. He also stated, “We have proposed actions that will tackle both the risk of harm and provide solutions that are sustainable in the longer term”.

What Is The Cut Likely To Mean?

Part of the problem when discussing Fixed Odds Betting Terminals is that the gambling industry has become more and more reliant on them. Last year they brought in £1.8 billion of tax revenue, leading the government to suggest that around £5.5 billion in tax revenue could be lost over the next ten years. Gambling industry giants, meanwhile, feel that even the cut to £30 will likely cause job losses and store closures. The Association of British Bookmakers said, “We fully understand that there is public concern and that there will be a stake cut to reduce the levels of losses on machines in betting shops. In the interim, we remain committed to introducing further measures to address problem gambling and will continue to work with all interested parties”.

The recommendations from the Gambling Commission are exactly that – recommendations. Yet it’s difficult to see that the government will make any decision other than to follow its own commission’s advice. Neil Wilson, an analyst for ETX Capital, summed up the situation when he said, “This should be a relief for the sector as the worst-case scenario looks to have been avoided. Ministers will now have to justify a cut below £30 on grounds of significant risk of harm”. Tom Watson, on the other hand, believes that the pressure can still be put on the government to lower stakes further after the government appeared to have ‘caved in to industry pressure’.

Matt Hancock, who is the Secretary of State for Digital, Culture, Media and Sport, will now discuss with MPs whether to implement the Commission’s recommendations or ignore them. That might lead to lower stakes being introduced or, indeed, higher ones being implemented. GambleAware said that they were keen to hear what ‘Ministers conclude in their review’. It’s interesting to note that shares in both William Hill and Ladbrokes Coral rose by around four percent after the announcement, suggesting that the market feels the government is likely to go with the Gambling Commission’s recommendation and stop bookies from having to close shops.

Perhaps the most interesting and telling statement so far came from Fairer Gambling. The organisation has been campaigning for all FOBT stakes to be reduced to £2 and isn’t yet convinced that they won’t be. A spokesperson said, “The Gambling Commission is giving the government free rein to determine an appropriate stake. We are confident that when the evidence has been reviewed, £2 a spin will be considered the most appropriate level”. It’s understood that Mr. Hancock isn’t against that proposition, but that members of the Treasury are pushing him towards a far softer restriction on the stake limits in order to avoid too much of a shortfall in gambling duty. Obviously this won’t be the last time I’ll be writing about this issue, with another post likely once the government’s final decision has been reached. 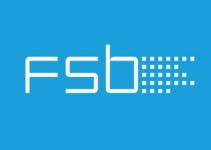