Irish bookmaker Paddy Power have decided to pay out on Manchester City winning the Premier League title for the 2017-2018 season. The Sky Blues are currently eight points clear of Manchester United and I’m writing this article just before the Manchester Derby, so they could well be eleven points clear by the time that you’re reading it. Even so, paying out on a team winning the title before we’re even halfway through the season is a dangerous game.

BREAKING: We have PAID OUT on Man City winning the 2017/18 Premier League title! pic.twitter.com/JyE3FnCnZ6

Paddy Power have previous, of course. Paying out on events happening early as a way to gain press coverage isn’t something new for them. When Stoke City were promoted to the Premier League ahead of the 2008-2009 season many people thought they’d struggle to stay up. Paddy Power agreed, paying out on their relegation when they lost their opening day fixture against Bolton Wanderers by three goals to one. In the end they finished twelfth, four points clear of Bolton, and Paddy Power apologised to Stoke in a full page advert in the city’s The Sentinel newspaper.

Mistakes On Early Payouts From The Past

It’s an intriguing decision from Paddy Power. You might have thought that they’d have been tempted to see how things have worked out for other bookmakers when they’ve done this in the past. Betfred are the best example of a cautionary tale, being the first bookie to pay out early back in 1998. In that season he decided that Manchester United would win the title when they were twelve points clear of Arsenal in March only for Arsenal to pip them to the league by a single point.

Fred Done, the owner of Betfred, did it again in 2012, despite being told not to by United’s manager Alex Ferguson. The Red Devils were five points clear of their rivals City with seven games to play and City ended up winning their first Premier League title thanks to Sergio Aguero’s last minute winner. The company lost about £500,000 each time Done paid out early, though the publicity they gained from it will likely have brought in enough customers to cover that loss.

What Are The Chances Of City Winning The Title?

An obvious question is how likely Man City are to win the title, given that there are still twenty-three games to go at the time of writing. Well, two of those games are against the club closest to them in the Premier League right now, city rivals Manchester United. If the Red Devils win both of those games then that would reduce City’s lead to just two points, which is the equivalent of one draw compared to a United win. The Citizens currently have a goal difference that is ten better than their city rivals, so if it ended up going down to that, as it did in the 2011-2012 season, then City will still have the edge.

From the point of view of the bookmakers it certainly seems as though City will be lifting the trophy. The odds on them doing so at the start of the season were 15/8 and they’ve now dropped to 1/9. Manchester United, meanwhile, are 10/1 to win the league and are the closest team to their derby rivals as far as the bookies are concerned. It’s definitely true that City’s start to the season has been unprecedented, having dropped just two points since the campaign got underway. When they beat West Ham United in their last home game the Sky Blues equaled a Premier League record for most consecutive wins set by Arsenal in 2001-2002 and matched by Chelsea last year. 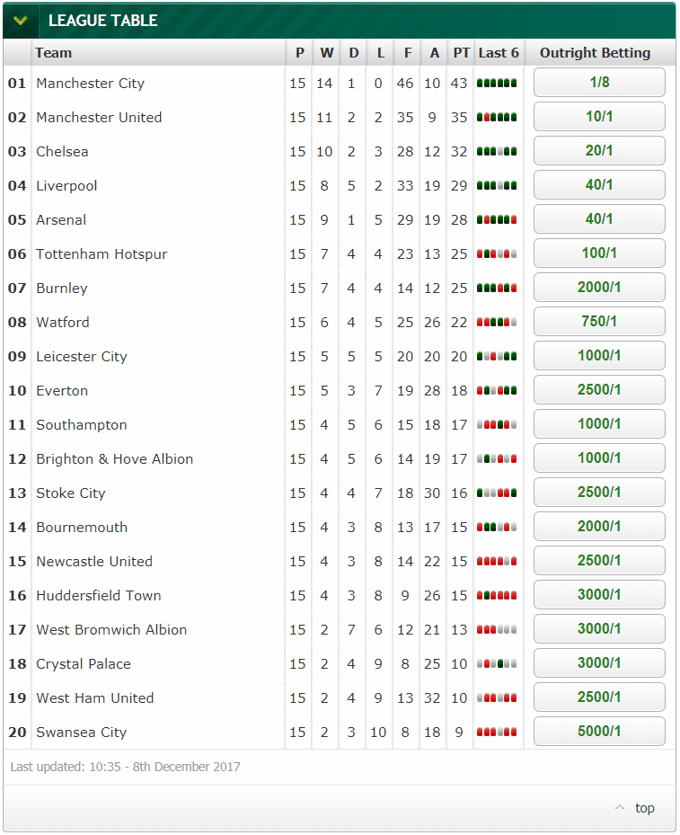 As far as those two campaigns are concerned, Arsenal won the league by seven points and Chelsea won the title by the same amount in 2016-2017. It’s not exactly out of the realms of the possible that Pep Guardiola’s side have already given themselves enough of a lead to mean that their position is as good as unassailable. If Paddy Power have got their call wrong then they could stand to lose £500,000 as a result. Even the company’s ambassador, Paul Ince, isn’t sure it’s a good idea, saying, “It’s both brave and stupid of Paddy Power to pay out – we’re not even half-way through the season yet.”

Manchester City fans might be slightly worried when they look at a list of the biggest comebacks in British football, especially because their own club’s name is on the list. The Sky Blues were as much as five points clear of the chasing pack by April in the 1971-1972 season, which was the equivalent of around an eight point league at a time when a win was only worth two points rather than three. In the end they finished the season in fourth place, completely collapsing as the season drew to a close.

When Arsenal took an eight point lead in March of the 2002-2003 season it seems as though the Gunners had the league tied up. A home loss to Leeds United, away defeat at the hands of Blackburn Rovers and draws against Aston Villa and Bolton Wanderers later and a relentless Manchester United side got revenge for that 1998 turnaround. Ultimately Arsenal ended up missing out on the title by five points, which was a difference of thirteen points. Certainly City could learn lessons from that.

Yet perhaps the best known throwing away of a seemingly unassailable lead came from Kevin Keegan’s gun-swinging Newcastle side in the 1995-1996 season. By the time the New Year came around the Magpies had amassed a twelve-point lead over the rest of the league, playing some sensational football along the way. February came and nearly went and their lead had dropped to eight points over Manchester United, but the Geordies had a game-in-hand too, meaning it was the equivalent of eleven points as long as they won that match. They didn’t, losing five of their next eight matches. Ultimately United won the title by four points and Keegan’s ‘I’d love it if we beat them’ was the most memorable moment of the season’s end for Newcastle fans. 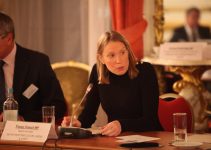 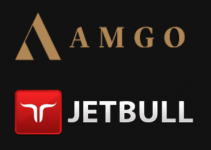