The Chief Executive of Kindred Group Plc, Henrik Tjärnström, has confirmed in an interview with the Racing Post that the company plans to shut down Stan James over the next couple of months, with the bookmaker’s customers moving across to Unibet instead. It’s not the most shocking move of all time, to be fair, considering that Unibet Plc, which was the name of the operating group before it changed its name to Kindred, bought Stan James back in July of 2015.

Even so, it will be something of a sad departure from the British bookmaking industry for a name that has been in the business since it was founded in a single shop in Compton, Berkshire back in 1973. Created by Steve Fisher and James Holder, the company took its name from a combination of Steve Fisher and his wife Anne’s name and, obviously, the first name of Mr. Holder. Unibet paid around £19 million for the company and continued to run it as a separate business, but now the decision has been taken to rebrand it under the Unibet umbrella.

When Unibet bought Stan James in 2015 there was no deal for them to also buy the high street shops, which were instead rebranded under the label ‘Megabet’. There are about 112 physical properties, with Megabet taking over 37 different stores when the merger between Coral and Ladbrokes was given the go ahead. Life for those shops will, presumably, carry on in much the same fashion. That’s because the original takeover of Stan James by Unibet was only in respect to the online business affairs.

If you’re a Stan James customer then you need not worry. Because Stan James was bought out by Unibet in 2015, you’ve technically been part of the Unibet family for the past couple of years anyway. Consequently there won’t be much difference for you, with your account transferred over to Unibet easily and smoothly enough. In fact, the likelihood is that things are going to get even better for you. The Stan James website was, to all intents and purposes, simply a slimmed down version of the Unibet website anyway.

Moving forward, then, Stan James customers will get all of the same benefits and then some. You’ll discover that there are more sports to bet on, better coverage of the sports you already love and also an increase in the number of promotions available to you. The long and short of it is that the only difference you’ll notice moving forward will be for the better. The move will happen gradually over the coming months, so you don’t even need to worry for the time being.

Stan James has long held some high-profile sponsorship rights for things, such as the Champion Hurdle during the Cheltenham Festival. In fact, Stan James has a bit of an affiliation with the Festival thanks to sponsorship of seven races that are known as ‘The Road To Cheltenham. These are as follows:

Obviously all of those races, along with any other sponsorship responsibilities that Stan James has taken on over the years, will now come under the remit of Unibet. This won’t really affect anything other than branding, considering that Stan James and Unibet were part of the same larger company anyway.

Why Are They Doing This?

Kindred Group has been buying up UK-focussed businesses for some time now, including the early 2017 acquisition of 32 Red Plc. They are attempting to take on a large chunk of what is actually a quite saturated market and perhaps feel that now is the right time to combine all of the various smaller business names into one larger one. After all, plenty of Stan James’s customers won’t have even been aware that the brand was actually owned by a larger company.

Henrik Tjärnström referred to the UK as a ‘key market in our long-term strategy’ when talking to the Racing Post, specifying the country’s unique ‘cultural connection’ to horse racing. Back in August of 2016 Kindred Group announced that they had started working with Initiative UK, a London-based marketing agency. It is highly likely that the decision has been made to shift Stan James over to the Unibet brand in order to capitalise on the advertising gained from the sponsorship of Cheltenham races ahead of the Festival in 2018.

The move also follows a recent trend of generally rebranding things for the company. Known as Unibet Plc since its formation back in 1997, a decision was taken to change the company’s name to Kindred Group Plc in December of 2016. It’s more than possible, therefore, that this is just the next step in a long-term strategy that has been in play for some time. It fits in with the plans for ‘long-term growth’ in the UK that was outlined by Tjärnström during his conversation with the Racing Post. 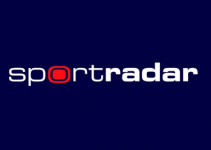