There are countless examples of football clubs having betting deals in place with bookmakers. In fact, during the 2017-2018 season more Premier League clubs named a bookie as their official sponsor than ever before, with exactly half of the teams in the top-flight doing so. From dafabet sponsoring Burnley thorough to the relatively unknown SportPesa giving Everton around £10 million a year to sponsor them, bookmakers from all over the world are keen to get in on the action when it comes to English football.

A trip North of the border will tell you that things aren’t all that different when it comes to the Scottish top-flight either. The aforementioned dafabet are already Celtic’s main sponsor, whilst Marathon Bet sponsors Hibs. There aren’t as many Scottish sides that have global bookmakers as in the Premier League, admittedly, though that is probably more to do with the world-wide appeal of the English top-flight when compared to its Scottish counterpart. Even so, there are enough to make it a relevant point that bookmakers and football clubs have a symbiotic relationship that is growing all of the time.

If there are numerous bookmakers out there that have partnership deals with football clubs, then it is in stark contrast with the number of online casinos that have similar arrangements. Perhaps that is what makes the recently announced partnership between Celtic and Mr. Green so interesting. Mr. Green does actually operated a sportsbook, but Celtic’s partnership with dafabet, who are their official shirt sponsor, is probably what’s limited this announcement to Mr. Green only being the club’s ‘Official Casino Partner’ rather than a more all-encompassing betting partner.

The tie-up between one of Scotland’s most famous clubs and the gambling company that was founded back in 2007 is an obvious one when you consider that Celtic play in green and white. The partnership will be brilliant for The Bhoys’s fans, offering supporters the opportunity to win things like tickets to matches and VIP experiences at the club’s Lennoxtown training facility. Perhaps most exciting of all will be the development of an official Celtic FC slot machine, which will feature both current players and club legends.

The slot machine will be developed in time for a 2018 release into the Mr. Green casino. It will, as you’d expect, be an exclusive game for the company. If your a Celtic fan and enjoy playing slot games then it will be the perfect combo for you, so make sure you open yourself a Mr. Green account and check it out after its launch.

This isn’t the first time that Mr. Green has dabbled in football sponsorship. The company has already sponsored the Irish side Bohemian FC as well as Wigan Athletic in England. It’s the first time that they’ve sponsored a Scottish team, though, so it’s a chance for them to make a real impression on customers North of the border. Obviously Rangers supporters might not be that keen on using the company’s services, but other Scottish football fans might be intrigued by the new sponsor get its name out there.

Celtic’s Head of Business Development believes it will be good for supporters, saying, “We’re certain both parties will enjoy a highly-successful association with Celtic fans, both at the stadium and around the UK, benefiting from the partnership”. Mr. Green’s CEO, meanwhile, sees this as the perfect chance for the company to get their message out courtesy of a globally important football club, “We are very excited to be able to partner with such a prestigious club, with one of the biggest and strongest fan-bases in the world. We are impressed with the continuous high performance by the club”.

The partnerships comes at a time when Celtic’s star is higher than it’s been for some years. Not only did the club achieve an unprecedented feat in Scottish football when they went unbeaten in both the Premiership and the Scottish Cup under the management of Brendan Rodgers, it’s also the fiftieth anniversary of when the club won the European Cup. On top of that, the supporters were honoured by being named the ‘best fans’ according to FIFA. No wonder Mr. Green decided now was the perfect time to get involved with the Bhoys. 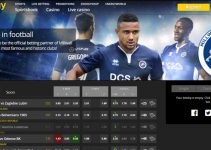