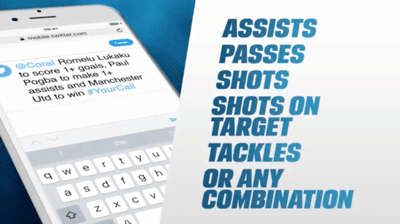 There have been several major developments to the way that we place bets. The first came with the development of the internet and the ability to place a wager online instead of needing to head to a betting shop. The second, and perhaps most revolutionary of all, was the invention of In-Play betting. That gave punters the opportunity to bet on virtually any market whenever the fancied, removing the need to get your bet in ahead of time and simply hope for the best. Going hand-in-hand with that is Cash Out, letting people almost literally hedge their bets and get at least some return from a wager when previously it would simply have been lost.

Now bookies have put another spin on things by letting customers essentially make their own bet. Of course that’s not new in and of itself; you’ve always been able to go into a bookmakers and ask them to give you odds on something occurring. There’s a famous incident from the 1990s when Eddie Kirkland asked for odds on his son Chris playing for England before he was thirty and, when the former Liverpool player did just that in 2006, he and his syndicate netted around £10,000 because of it. It’s become a lot harder to do it since the majority of bets began to be placed online, however, so it’s noteworthy that the bookies appear to have found a way to do it.

Coral’s modern take on that age-old method of asking a bookmaker to give you odds on whatever you want is known as ‘YourCall’. The idea behind it is that you can add certain variables to your bet in order to try and get an improved set of odds from the bookmaker. For example, you might think that Manchester City are going to win their match against Swansea, but the level of the two teams means that the odds aren’t exactly all that high. In that instance you can send a tweet to @Coral asking them to give you a market for Man City to win and also have more than ten shots on target.

It’s a nifty little feature for those of us that like to delve a little deeper into our bets or who are particularly big fans of statistical analysis. I must admit that if you’re someone who just likes to place a standard bet, such as a team to win, a player to score or a red card to be shown, then you’re unlikely to get much out of it. Still, I reckon quite a large percentage of bettors will, at the very least, be keen to have a little look at the sorts of things that they can have a flutter on thanks to the introduction of the YourCall feature.

If you’re not someone that wants to mess about with asking Coral for odds on a bet but still like the idea of getting increased odds then you don’t need to worry. Coral put all of the YourCall markets that they create on their website for you to peruse at your own leisure. In fact, so little is genuinely ‘new’ in the betting world any more that there’s a real chance that the bet you request has already been asked for by someone else. That can lead to some fun being had, of course, as you can set yourself a challenge of finding a market that hasn’t already been requested! 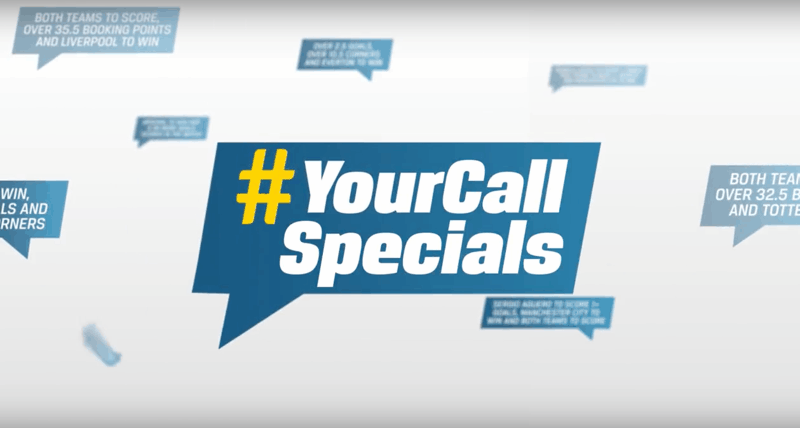 How Does It Work?

If you want to take advantage of the YourCall feature then you’ll need to send a tweet to @Coral and finish it with the hashtag #YourCall. Once you’ve done that then Coral will get back to you and either give you a price, if they can, or point you in the direction of the market they’ve already created for someone else. As with any form of betting, the prices offered are subject to the fluctuations of the market so you might well want to get the bet on as soon as you can. At present the YourCall system is only available on the top leagues, so can request odds for Champions League, Premier League, Serie A and La Liga matches.

Depending on what you’re asking for, Coral may not be able to match your bet exactly. But they’ll get as close as they possibly can. Here’s a good example of a #YourCall request:

All of the usual betting rules apply to your selections and your bet will be treated in much the way that you’d expect should any of the variables change. For me that’s essential, mainly because I don’t like the idea of placing a bet and then losing my money when something happens just because it’s a new feature. Consequently if you place a bet and a player that you bet on doesn’t play, say, then the wager will be voided and you’ll get your stake money back. The results of bets will be decided about half an hour after the full-time whistle and all date is taken from Opta, to avoid any question marks over the decisions.