Whichever way you look at it, seasons can turn on a knife edge. Heading into the second-half against Stoke it looked as though Champions League qualification was going to slip through our grasp once more. Instead of giving us a stonewall penalty, Mike Dean waved away our shouts and Stoke went straight down the other end to score the opener. Quality always shines through, though, and Coutinho and Firmino came on, scored and helped us take all three points. Combine that turnaround with Arsenal’s loss at the hands of Crystal Palace and suddenly things are looking that bit rosier. 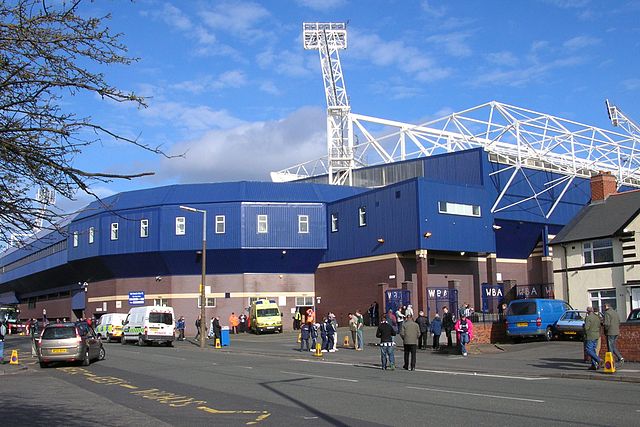 By Jameboy (Own work) [GFDL or CC BY-SA 3.0], via Wikimedia Commons

When Jürgen Klopp decided to replace Philippe Coutinho with Joel Matip after an hour of the game against Bournemouth it didn’t make a huge amount of sense. The manager has done many things during his time at the club but he tends to not want to make sweeping changes within a match. So the switch to five-at-the-back has most people asking question, questions that went unanswered until we turned up at the Bet365 Stadium and went with a back five again. Was it a plan to deal with Stoke’s physicality? Will we keep it again for West Brom? Lots of questions to answer, but one of the most important ones is: What are some good pre-match bets to place?

Liverpool’s team news is an odd topic this one. On the one hand there isn’t a lot to report, yet on the other we’ve still got loads of players out that are worth mentioning. The manager confirmed in his press conference that Adam Lallana is likely to return to training after the weekend, so the trip to the Hawthorns will come too soon for him. Jordan Henderson’s injury shows no immediate signs of abating, with Klopp hoping that the club captain will at least play some small part in the season before it’s all over. Sadio Mané, who was inexplicably overlooked for the PFA Player of the Year shortlist, underwent knee surgery last week and joins Danny Ings on the ‘out until next season’ list.

Coutinho is likely to be over his illness by now and his cameo against Stoke showed why it’s so important to get him on the pitch. Likewise you have to feel that Roberto Firmino will be rested enough to return to the starting XI. One of the biggest questions that Klopp has to answer has nothing to do with injuries, actually, and everything to do with his formation. Will he stick with his back five? My instinct is that it didn’t really work against Stoke because they didn’t play the long-ball game we all expected. West Brom don’t have the likes of Shaqiri and Joe Allen to allow them to play decent football, however, so I would think that the manager wants to keep the extra bodies in defence if possible.

Will he stick with the same back five, though? I’d be surprised. I’m not sure even Klopp thought Ragnar Klavan would end up playing as many games as he had and the manager might prefer Lucas over him. The Brazilian isn’t a natural centre-back but that doesn’t matter with a back five and what he is good at is dealing with big headers. I think Klopp will stick with five-at-the-back but alter the personnel elsewhere on the pitch. My team: Mignolet – Clyne – Matip – Lucas – Lovren – Milner – Can – Wijnaldum – Coutinho – Firmino – Origi.

Tony Pulis is many thing, but an expansive manager who loves to see his team play exciting football isn’t one of them. His plan for this one will be what it always is – keep things tight at the back and try to cause problems from set-pieces with one of the fifteen groks he’s got available. For that reason his team pretty much picks itself, with few surprises likely for our visit to the Hawthorns.

I would be shocked if Pulis’s back five is anything other than Foster in goal, Dawson at right-back and Nyom at left-back, with McAuley and Evans in the centre of defence. Jake Livermore has been doing a good job of shielding the defence, so he’ll likely keep his spot there. In front of him both Nacer Chadli and Matt Phillips have enjoyed half-decent seasons as the wingers behind Hal Robson-Kanu. Morrison and Fletcher are Pulis’s go-to midfield pairing, so they’ll likely round off his eleven. Not the most exciting team in the Premier League, but they know how to ‘do a job’ and he’ll have them revved up to do just that on us.

Liverpool have quietly picked up a little bit of form in recent weeks, to the extent that you might even say we’re one of the form teams in the division. We’re now unbeaten in our last six, winning four of those games. Even the draws weren’t as bad as you might think, with one coming away to City and the other being a result of a last minute equaliser by Bournemouth at Anfield. The problem is that most of the wins have come at Anfield. Prior to our 3-1 win over Arsenal we went on the road to Hull and Leicester and lost both of them. Have we learnt from the Stoke win? We’ll see, I suppose.

Tony Pulis exists to save teams from relegation. Once they’ve hit that famed forty point mark they tend to throw in the towel, put their flip-flops on and disappear down to the beach. They hit forty points on the 25th of Feb and promptly lost to Crystal Palace and Everton. People then started talking about the fact they’d hit the beach, so they went and beat Arsenal and drew at Old Trafford, but the flip-flops went back on straight after. Whilst we’ve won four of our last six, West Brom have lost four of theirs. They do tend to get up for the big games, hence the win over Arsenal and the draw with United. If we score early, though, their players will be picturing lying on the beach with a cocktail in no time.

I think this is going to be a game in which the first goal dictates everything that comes after it. If West Brom get it then they’ll enjoy defending with their lives, if we get it then I can see us scoring three or four. That’s not something you can know before the game, however, so what can you bet on right now? Here are my tips:

Tony Pulis isn’t stupid, he knows as well as the rest of us that his players aren’t afraid of packing in if it looks like the game is beyond them. He isn’t a big fan of Liverpool’s, though, so he’ll at least get them gee’d up for the opening period of the match. He’ll have seen how both Bournemouth and Burnley scored after just seven minutes of their games against us, taking advantage of our defence’s willingness to go to sleep early doors. That’s why I’m tempted to go quite big on the 9/1 available for West Brom to Score in the First 10 Minutes.

In their last five matches, West Brom have won more corners than the opposition in three of them. Against Southampton the Baggies won seven corners compared to Saints’ three. Watford won five corners against Pulis’s men, but West Brom won six. The story was similar when they went to Goodison Park, when the home side picked up four corners but the Baggies got another six. That’s why I’m interested to see that West Brom are 3/1 to Win the Most Corners, a number that has to look appealing considering what’s gone before. We actually won more than them when they came to Anfield, but Pulis will know that his best hope of victory will come from set-pieces, not open play.

Daniel Sturridge looked a class above when he came on versus Stoke last weekend. The ball he played through for the opener was lovely, proving that there may just be life in the old Studge yet. Many, myself included, wondered whether we’d seen the last of him in a Liverpool shirt. I’m not sure that he’s yet got the legs to start and Jürgen Klopp will probably prefer the physicality of Divock Origi against West Brom. Nevertheless I think our number 15 might fancy his chances of getting on the scoresheet if the game is open, so the 5/1 for Sturridge to Score Last looks good to me.

There aren’t loads of interesting things to bet on for this match. It feels quite unpredictable in its own way, with West Brom likely to pack in if the going gets tough but Liverpool used to struggling against lower sides in the league. I do think that West Brom to Score in the 1st 10 Minutes @ 9/1 is far too big to ignore, however. I’m all inclined to believe that Daniel Sturridge might see these last six matches as his chance to put himself in the shop window, so the 5/1 for Sturridge To Score Last is my other main tip. Just bring the three points home, boys.