When Liverpool beat Arsenal two weeks ago people immediately said that we’d then go on to lose to Burnley. Despite the fact that we’d so easily dispatched the likes of Watford, Leicester City and Stoke, losses to Bournemouth, Wolverhampton Wanderers and Swansea had allowed a narrative to take shape that the Reds could beat decent teams but lose to the dross of the league. That idea was compounded by the fact that our wins over Arsenal and Spurs came either side of a loss at the King Power Stadium. Our actual results so far this season show that we’ve come back to win from losing positions more than any other team, but facts so rarely get in the way of a good story.

One thing that can’t be denied is that we’re good against the better teams of the Premier League. Heading into this match against Manchester City we currently sit on top of the ‘mini league’ of games against the top six thanks to wins over Spurs, City, Chelsea and Arsenal (twice) and two draws against Manchester United. Jürgen Klopp’s men can, bizarrely, head into this one feeling more confident than if we were up against West Ham or Middlesbrough. The key question is whether or not we’ll continue the same run of form against the big teams that we’ve managed up until now during the campaign. Before I ponder that, however, there’s the little matter or team news and form to consider…

The Reds have got problems heading into this one. Just as one issue seems to resolve itself another one rears its ugly head. The good news (depending on how much you rate him) is that Dejan Lovren is almost certainly going to start back in central defence alongside Joel Matip. The bad news is that Jordan Henderson is still not back and will be lucky to return in time for the Merseyside derby and our midfield and attack is practically non-existent in certain respects right now.

Having missed the game against Burnley last week through injury, many people thought that Roberto Firmino would be back in time for our trip to the Etihad. Then in the press conference on Friday the manager confirmed that he had, in fact, not trained. To make matter worse, Divock Origi has also missed training through illness. We’re legitimately at the point where seventeen-year-old Ben Woodburn could be asked to start in an away match against the most expensively assembled team in the entire top-flight.

Daniel Sturridge may as well have been moved on to an entirely different team, such is the unlikeliness of him starting another fame for Liverpool Football Club and Danny Ings won’t be returning until next season. That means that, should Firmino only be on the bench, we won’t have a recognised forward player other than Sadio Mané in the starting XI. My team, presuming Klopp decides to risk Firmino, would be: Mignolet – Clyne – Matip – Lovren – Milner – Can – Wijnaldum – Lallana – Mané – Coutinho – Firmino.

One of the good things about having one of the most expensively assembled football teams of all time is that you’re never too short of options. Pep Guardiola is known for rotating his side in order to keep it as fresh as possible, so if you’re trying to predict the team he’s going to name then you might do well to have a look at the side that started their Champions League second-leg game against Monaco and work backwards. What I can tell you is that he won’t be able to call upon the services of Ilkay Gündogan or Gabriel Jesus, as both are out with knee injuries.

Yaya Toure didn’t start the game against Monaco, nor did he come on from the bench. Guardiola could, therefore, call upon the Ivorian to start this one in the hope that he’s able to bully our midfield and run the show. Sergio Aguero will be the main attacker, supported ably by Leroy Sane, Kevin de Bruyne and our former winger Raheem Sterling. In fact, the only area where I’m not sure what Pep will do is in defence. Will John Stones start? Will Pablo Zabaletta come in at right-back? Will he once again roll the dice when it comes to his goalkeeper? It’s honestly anyone’s guess.

Liverpool’s form has finally returned to some semblance of normality. Three wins in our last four games means we’re not in quite as dire position as we were earlier in this calendar year. You’d still have to go some way to convince yourself that we’re back to our best, of course, but it’s certainly better that we’re picking up three points than none whatsoever. Given that all we have left to fight for is a top-four spot, you’d hope that the players are ready to give their all in our remaining ten games to help get us over that particular line. A win here and then again against Everton in our next home match would go someway to ensuring that outcome.

There’s no doubt that Manchester City are improving every week under the direction of Pep Guardiola, but they still have the occasional wobble as they did earlier in the season. They managed to score five goals against Monaco in the first-leg of their Champions League last-sixteen encounter, but they got knocked out on the away goals rule earlier in the week and also drew 0-0 at home against Stoke in between those two games. Yes Stoke rode their luck at times, but the truth is that this City team still has a degree of fallibility and two draws and a loss in their last seven is proof of that.

So will Liverpool carry on their good form against the top sides? Or will this prove one step too far for Jürgen’s battling Reds? More importantly, what bets might be worth exploring for this encounter?

Manchester City’s attack is brilliant. Whichever way you look at it, the firepower that Pep Guardiola has available to him is scary. Sergio Aguero might well find himself moved on at the end of the season, given that he doesn’t seem to suit the manager’s style of play, but he’s still a stunningly good striker. The fact that he’s backed up by players like Sane, Silva and de Bruyne just means that even if you deal with one of them another can find space and cause you damage. As good as City’s attack is, our defence has been found wanting on more than a few occasions. That’s why I think there’ll be goals in this one.

It seems like the bookies agree with me, too. It’s 14/1 for there to be Under 0.5 Goals in the game, or in other words that it will finish 0-0. Obviously that’s a nice long odds bet, but if you want to be more realistic and still have a chance of picking up some money then I wouldn’t steer you away from betting on Over 4.5 Goals, which is 4/1. In fact, I’d even be tempted to suggest that a couple of pound on the 20/1 shout of Over 6.5 Goals might not be too outrageous. After all, City have scored five three times since the turn of the year, scored four once and conceded four once, too.

If there are going to be loads of goals then it stands to reason that there will also be some goal scorers. In many ways I’m loathe to make my first suggestion, but this is supposed to be a betting tips blog and as such I should be able to look at things dispassionately. That’s why I think you have to have a look at the 7/4 available for Raheem Sterling to Score Anytime. Our former midfielder has yet to look great against us when we’ve gone up against his new side, partly because he wasn’t totally settled at the Etihad in the past. He’s settled now, though, and sooner or later he has to be able to get over his demons.

The more observant amongst you will have realised that I’ve so far been very pro-Manchester City. That’s because, in truth, I think we’re going to struggle to get a result this time around. You might well disagree, of course, and you might even be quite sensible to do so. Raheem Sterling might have struggled to be at the top of his game when he’s played us, but someone else who has been struggling lately is Philippe Coutinho. The Brazilian hasn’t been at his best since he returned from injury, but the manager said in his press conference that the Little Magician has looked good in training. As he’s 3/1 to Score Anytime I think he’s worth having a flutter on.

I think there’ll be goals all over the show in this one. I’ve been wrong with such predictions before, but I’m just not sure how City don’t score against us. That’s why my first chief tip is the 4/1 for Over 4.5 Goals. I do think City will win, but I find it really hard to bet against Liverpool so I’m going to put my other chief tip on Coutinho to Score Anytime @ 3/1. Prove me wrong, Reds. 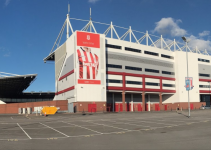