I’ve written two blogs for my sister site And Could He Play this week, both of which seem relevant as we gear up for kick-off. Firstly I wrote about how international breaks are insufferable, then I had a look at why the Merseyside Derby matters so much to both sets of supporters. With it feeling like ages since we last played and everyone’s excitement for the game tempered somewhat by news of Adam Lallana’s injury, I’ve never been more convinced on either point.

Fans of both Everton and Liverpool have, as has become tradition, spent the week claiming that neither are as bothered by their rivals as the other. Yet the truth is that this game matters a huge amount to both and winning it hands bragging rights to the victors until the game is next played. If you haven’t had derby belly yet in the build-up to this one then you’re lucky – most of has have been twitching since about Wednesday. It’s true that Liverpool struggle against the lower teams, but the reality is that this is our last truly tricky game before the end of the season. The rest of the top six have to play each other, so if we’re hoping to finish in the top four then this is must win. Can we win it? And can you win some money betting on it?

When photographs emerged from the team’s trip to Tenerife and it appeared that Jordan Henderson had traveled with the squad there was a sense of relief amongst Liverpool fans. Finally the captain would be coming back to play and what a match he he would be returning for. Of all the matches we have to play, his leadership is vital in the Merseyside derby. Then Jürgen Klopp told his press conference that Hendo has had a bit of a setback and won’t be fit in time. Bad news in and of itself, but made decidedly worse by the news that Adam Lallana will be out for about a month with a thigh problem. 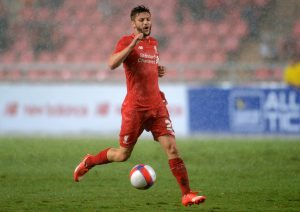 Video footage emerged of our midfielder complaining of pain at half-time in one of England’s pointless international matches during the week, so plenty of supporters aimed their ire at Gareth Southgate for playing him anyway; it isn’t the first time that a Liverpool player has been injured due to the stupidity of the England manager after all. Klopp was far more magnanimous, though, insisting that he’s really annoyed over the situation but not attempting to play the blame game. Personally I’d prefer it if we never sent another player on international duty ever again, but that’s just me.

Other than our decimated midfield, there are no new problems. The manager did confirm that photos suggesting Daniel Sturridge had returned to training were misleading, with the striker still out and unlikely to return any time soon. So does Klopp stick with his usual system and simply replace Lallana, or does he shuffle his pack slightly and bring in Divock Origi? My instinct is that he’ll go with the former and I would guess that he’ll favour experience over youth, so I’d expect to see Lucas rather than Ben Woodburn coming in for Lallana. My XI: Mignolet – Clyne – Matip – Lovren – Milner – Lucas – Can – Wijnaldum – Mané – Coutinho – Firmino.

the only slight bit of good news – if you can call it that – is that it isn’t only Liverpool that’s been affected by the international break. Ronald Koeman was less than pleased with the international break from an Everton point of view, with the Blues losing three players from their starting eleven over the last few days alone. The most high-profile injury was obviously the one to Seamus Coleman, who suffered a leg-breaking challenge in a highly tempestuous match between Wales and the Republic of Ireland last week. It was an horrendous injury that you wouldn’t wish on anyone, so I hope Coleman recovers from it as soon as possible.

Irony abound with another of the injuries suffered by an Everton player when Funes Mori picked up a knee injury playing for Argentina. You’ll remember Mori from this fixture last year – he was the player who deliberately stamped on Divock Origi and practically ruled him out for the rest of the season. He needs surgery on his knee and will almost certainly miss the rest of the season. The third high-profile casualty for the Toffees is James McCarthy who picked up a hamstring injury, also whilst playing for the Republic of Ireland. Morgan Schneiderlin is also missing with a calf problem. Sadly Romelu Lukaku is fit and firing.

Whisper it, but it feels as though the Reds are getting back to some semblance of form at the moment. After an astonishingly bad start to 2017 we have now gone three games unbeaten, smashing three past Arsenal and drawing away to City during that time. I wouldn’t go so far as to say that we’re cruising, especially not after our 3-1 loss at the King Power Stadium, but we’re at least happy then we were a couple of months ago. The fact that Everton haven’t won at Anfield since 1999 should also give us some confidence heading into this one.

The Blues will have to win at our place sooner or later, though, and Ronald Koeman was in a bullish mood in his pre-match press conference. He has reason to be, too, with Everton having scored seven without reply in their last two games. They did lose to Spurs at White Hart Lane, but wins over Manchester City and Arsenal at Goodison Park this season suggest that the Toffees have shaken off the inferiority complex that was an issue under David Moyes for the entirety of his tenure. Derbies are a time when Liverpool remember they’re Liverpool and Everton remember they’re Everton, only lately that feels a little bit like it’s shifting.

Will the Reds continue their undefeated streak against Everton, or will they finally leave us feeling Blue at Anfield? What bets are worth your attention?

Cards Will Be Shown

Any regular readers of my And Could He Play site will know that I’m no fan of referees in general, with poor performances from them at Anfield becoming more and more common with each passing week. Anthony Taylor is definitely close to the top of abysmal referees, though, and the man who lives in the shadow of Old Trafford shouldn’t be allowed anywhere near our football matches. The only good news is that Everton have fared even less favourably with him than we have. He’s been the man in the middle for 26 of our games, of which we’ve lost five and won fourteen. The Blues, meanwhile, have endured him for 24 matches and lost eight of them, winning eleven.

Taylor has shown more cards this season than any other referee, showing 132 yellows in 33 matches and 4 reds. That’s the equivalent of four yellow cards per game. The Merseyside derby is the sort of game a poor referee will try to ‘take charge of’ and with Taylor issuing eight yellows in the last Liverpool game he refereed it would be silly not to look at the odds on lots of cards this time around, too. It is 11/4 for There To Be A Sending Off, which looks very good to me. It’s also 5/2 for Liverpool To Get More Bookings Than Everton, which has to be considered for a ref who loves to prove that he won’t be intimidated by the Anfield crowd. It’s also 5/2 for A Penalty To Be Awarded, which also looks a decent bet in what will be a fiery affair.

I actually think there’s a very real chance that this game ends in a draw, especially as the Blues have left Anfield with a point on three out of the last six occasions that we’ve played them. Everton’s defence is makeshift, though, and Liverpool’s is rubbish, so I’m expecting it to be a score draw at the least. When thinking about who will get on the scoresheet, then, it’s impossible to look past Romelu Lukaku who has been on fire for the Blues. There isn’t heaps of value in that, however, as Lukaku is 13/8 to Score Anytime.

If you want to look at slightly longer odds then you might just be tempted by the 3/1 available for Ben Woodburn to Score Anytime. The youngster wasn’t even alive the last time that Everton won at Anfield and nothing would rub it in to the Ev more than him being born, growing up and scoring against them before they can even win a match at our place. Will the narrative play along?

With Anthony Taylor as the man in the middle and Martin Atkinson as the fourth official this feels a bit like a game when the FA have decided to send all the referees that hate us along at the same time. For that reason I’m going big on the Sending Off @ 11/4. I also think that Everton’s Belgian striker’s strengths are our weaknesses, so 13/8 for Lukaku To Score Anytime simply can’t be ignored. 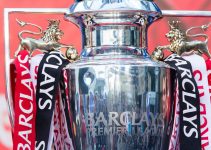 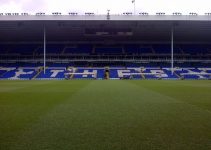