The break between our last game and this one has been interminable. As always, it’s a blessing that we managed to get all three points against Spurs and put in a decent performance at the same time, else the amount of time it’s been since we last played a game of competitive football would have been filled with nothing but angst and worry. As it is we’re in quite a good place and should be looking forward to this match. After all, Jürgen Klopp is a manager who puts a lot of stock on being able to work with his players and he’s had nothing but time over the past fortnight to do just that. 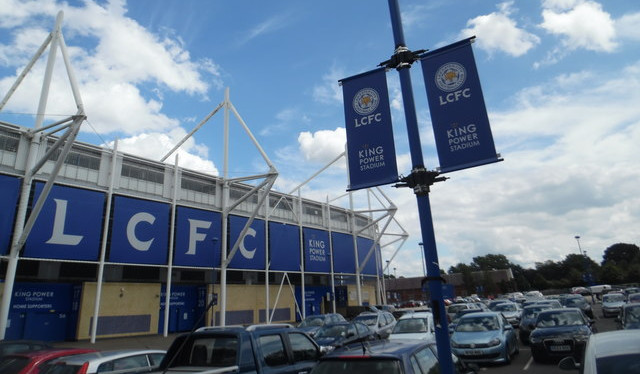 There’s no question that it would have been better if we’d been able to remain in at least one cup competition, or preferably both. That way we’d have played last weekend and had something to do to break up the gap between games. The players might well feel like it was worth going out of the FA Cup at the hands of Wolves, given that the’ve spent the past week at a warm weather training camp in La Manga. Klopp has rather fortuitously been handed the winter break that he didn’t get over the Christmas and New Year period. Are we ready to take all three points from Leicester? Here’s what you need to know.

There was one player from the first-team who didn’t make it out to Spain and another who was sent back ahead of time. Dejan Lovren missed out on the team building exercises at La Manga because of an ongoing injury, with Klopp confirming in his pre-match press conference that he’s been seeing specialists and that they ‘found something’. He’s been running outside and will train properly ahead of our trip to The King Power Stadium, though the match will come too soon for him and so he won’t feature.

The other player who will be cursing his luck is Daniel Sturridge. The striker’s fitness issues have been largely put to bet over the past twelve months or so, but he’s still been somewhat unfortunate with the timing of the niggles and problems that he’s had over the course of this season. He did travel out to Spain with everyone else but a virus laid him low and he was eventually sent home. It’s unfortunate for him, yet in truth he’s probably in the death throes of his Liverpool career anyway.

Other than that there are no major concerns that aren’t long-term injuries. Gini Wijnaldum reportedly took a knock on the back of his leg the other day, but it’s nothing serious and is unlikely to keep him out of the match. The only question the manager needs to answer is regarding who should start at the back in Lovren’s absence. Lucas Leiva surprised most people by putting in a Man of the Match performance against Harry Kane and Spurs a fortnight ago, so will he get the nod? Or will Ragnar Klavan find himself back in the spotlight? I think the team will be Mignolet – Clyne – Matip – Lucas – Milner – Henderson – Wijnaldum – Lallana – Coutinho – Mané – Firmino.

Unless you’ve been living under a rock, it won’t have escaped your attention that Claudio Ranieri was sacked by the Leicester City owners during the week. Having left Sevilla with a respectful enough 2-1 loss, taking an away goal back to the King Power, the powers that be decided that the man who won them the most unlikely Premier League title of all time wasn’t good enough to get them out of trouble. Rumours have circulated that his sacking was because of a player revolt, with some of them apparently furious that he changed their chicken burgers to pasta in the canteen (seriously).

The revolt rumour was rubbished by Craig Shakespeare, the man who has been tasked with the caretaker manager role in Ranieri’s absence. Barring any particularly quick moves on the manager front ahead of Monday night it is likely that Shakespeare will be the man in the dugout for this one. He probably won’t be able to call on Islam Slimani who has a groin strain, with Molla Wague suffering from a shoulder injury. Other than that he has pretty much a full squad to choose from, however, so the Reds will have to hope that their dreadful form continues and nobody decides to suddenly start putting a shift in when they haven’t for the past six months.

Liverpool supporters will be feeling pretty confident heading into this one, due in no small part to the performance and subsequent result from the Spurs match. The players can’t afford to be too complacent, however, as they’ve only won one league game so far in 2017. In fact, they’ve only one two games full-stop since the turn of the year; the other one coming away to League Two side Plymouth Argyle in an FA Cup replay. We’ve played eleven times since the ball fell to introduce the New Year, drawing four times, winning twice and losing a disgraceful six times. Our last away game was a 2-0 loss to Hull City, so we could definitely do with three more points here.

The good news for Liverpool is that the Foxes are in even worse form than we are. They have struggled in the league all season long, plummeting to seventeenth and currently sitting just one point outside the relegation zone and two points off the bottom of the table. They’ve lost seven times since the end of 2016 and eleven times if you go all the way back to the start of December. During that same time period they’ve won just four times in all competitions. The major point of concern for Jürgen Klopp and his backroom staff will be that one of those wins came at home in the Premier League when they beat Manchester City 4-2.

So will the Leicester of last season show up on Monday night, or will it be more of the same from the boys in blue? That’s the key question as you look to decide what bets to place…

Jamie Vardy is a streaky football. That’s not to say he plays games with his willy hanging out, but rather that he tends to score several goals in a row once he’s got off the ground. It will be a concern to the Liverpool defence, therefore, that the Leicester striker come Steptoe impersonator got the consolation goal in their game against Sevilla. Last season he was instrumental to the foxes success, scoring in eleven straight games to set the Premier League record for consecutive goals scored. Given Lovren’s absence and the fact we’re away from home, I struggle to see how we keep a clean sheet in this one.

The good news is that our favoured front-three of Mané, Coutinho and Firmino are all together again and have had the best part of a fortnight to work on their interchanges and movement. Leicester have conceded 43 goals so far this term, so Liverpool To Win and Both Teams To Score @ 9/4 has to be tempting. If you’re feeling scared about the fact that the foxes have sacked Ranieri and are almost certainly going to respond against us then you might be more tempted by the 4/1 available on the Draw & BTTS. Famous last words, but I think we’ll win if we score.

Mané To Get On The Scoresheet

Was it a coincidence that Liverpool struggled to score when Sadio Mané disappeared off to the Africa Cup Of Nations? Possibly, though the Senegalese winger’s pace can cause problems for the best of sides. He proved against Spurs just how devastating he can be and I wouldn’t be shocked to see him get on the scoresheet again at the KP. After all, Robert Huth and Wes Morgan are many things but I’m not sure speedy has ever been one of them. You can get odds of 7/4 for Mané To Score Anytime and although they aren’t particularly long I think that’s a decent punt. If you want something longer then you can be more specific. Mané is 5/1 to Score Last.

Leicester haven’t brought in a new manager yet, so we can’t worry about ‘New Manager Bounce’. These players will want to respond, though, and they’ll be keen to show their fans that stories about them turning on Ranieri aren’t true. That’s why I can see them getting on the scoresheet, but hopefully we’ll have too much for them and should pick up all three points. For that reason Liverpool To Win and Both Teams To Score @ 9/4 looks too tempting to resist. I can’t say that I’ll be staking my house on our Senegalese lad scoring our goals, but I think he’ll be a pain in the Foxes’ backside and Mané To Score Anytime is 7/4, which is long enough to have a punt on even if it’s not all that exciting. 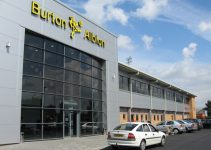