If Liverpool’s kids had done the job against Plymouth Argyle at the first time of asking the team and backroom staff would be having a lovely, relaxed week preparing for Swansea right now. Instead the Pilgrims put every single man behind the ball for ninety minutes and we’ve got to head to Home Park to have another bite of the apple. Can they possibly be as defensive at home as they were in the first game?

It’s possible, but I’m not convinced. The home crowd will feel that we’re there for the taking after holding us to a draw at Anfield, so my guess is that they’ll be begging for blood. Little will they realise that it’s their blood that will likely be spilled if they give the Liverpool team room to play our natural game. What sort of team will Klopp take to the South coast? What kind of bets should you be thinking about placing? I’ve had a look at the facts. 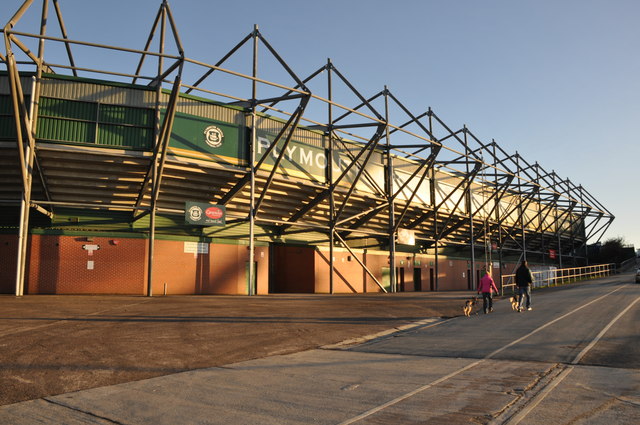 The footballing powers seem pretty determined to annoy Liverpool Football Club of late. Firstly there was the farcical situation around Mamadou Sakho’s illegal substances ban that saw the defender miss the end of our season and France’s hosting of the European Championships ban, now there’s the Joel Matip situation. FIFA have refused to clarify whether or not the Cameroonian is eligible to play for us in the Premier League, despite the fact that he hasn’t done so since 2015.

Jürgen Klopp made the point in his pre-match press conference that if FIFA have a meeting and decided next week that he is ok to play for us then he’ll have missed eight games despite having done nothing wrong. The manager feels that the player and club are in the right over this issue and is tempted to play him in order to force the governing body’s hand on the issue. It’s perhaps the biggest question facing the manager heading into this tie.

Otherwise I wouldn’t be surprised to see a similar team to the first match, perhaps with one or two more senior players chucked in to give us some additional leadership and gain them some minutes. Personally I’m hoping that Klopp plays nothing but kids, but I’m not sure that’s his plan. My guess at a team would be: Karius – Alexander-Arnold – Gomez – Matip – Moreno – Henderson – Stewart – Ejaria – Woodburn – Wilson – Sturridge.

The Pilgrim’s have only had one match since the Anfield encounter, not having to worry about the League Cup as we have. They played a near identical team for their home game against Stevenage as they did at Anfield, but problems have presented themselves since then. Connor Smith came back into the starting XI for the league game but picked up an injury. Derek Adams pushed Oscar Threlkeld into midfield at Anfield and may well look to do that again, though he has an issue with Gary Miller who is out with an ankle injury.

One player that Adams definitely won’t be calling on is David Goodwillie. The striker, who scored in injury time to secure the Pilgrims’ 4-2 win over Stevenage, was ruled to be a rapist by the Court of Session in Edinburgh on Tuesday of this week. Plymouth have confirmed that he will not be eligible for selection until they’ve read the full report on the matter. Other than that it is likely to be ‘more of the same’ from Adams’ men as they welcome Liverpool to their home.

The draw against Manchester United is interesting. On the one hand it felt more like a defeat, owing to the fact that the Reds were clearly the better side and were more intent on winning the game and late goals hurt. On the other hand it was a point at Old Trafford and you take them all day long. The fact that we played so well and earned a draw that keeps us well in the title race means that it feels as though our season has taken an upwards turn, even if in reality we’ve drawn three and lost one of our last four games.

Plymouth remain in second place in League Two, their 4-2 win at the weekend leaving them four points behind the league leaders Doncaster with a game in hand on them. They lost before we played them at Anfield, so hopefully the win before this game means that they’ll be feeling a bit cocky and we’ll get the win we need to head into the 4th Round of the FA Cup. They’re playing well and winning regularly, however, so it won’t be easy.

Given I have no real idea what team Jürgen Klopp is going to pick and have no idea how well the players will respond to the tight confines of Home Park, this is a tricky one to call. I’ve come up with the following bets for you to opt for, however:

I think the biggest problem with the team that faced Plymouth at Anfield was that it had no leaders. All of the young lads did well but they began to lose faith in their objective as the match wore on and there was no one in the starting line-up to tell them to trust in the game plan Jürgen Klopp had outlined for them. That’s why my instinct is that the manager might start Henderson and Sturridge, to put some leadership back in the side as well as some class. The team was demonstrably better once Sturridge came on the pitch at Anfield and he’s also great at working with younger players.

If I’m right with my prediction then I think our centre-forward will provide the magic that we lacked in the first match. He’s got the ability to unlock defences and is intelligent enough to create space for other players like Ben Woodburn and Harry Wilson to exploit. Sturridge is 4/7 to Score Anytime, though, and there’s not a whole heap of value in that. That’s why I’m going to suggest you plump for Dan the Man to Score Last @ 5/2. They’re still not great odds, but they’re longer.

The Kids Are Alright

For all the talk after the game that it was a disappointment, the kids did everything except put the ball in the back of the net. They had something like 80% possession by the end of the game. They stopped Plymouth from scoring and, in truth, the Pilgrims never really even looked like threatening Loris Karius’ goal. Perhaps the desire for an extra threat is why Klopp has decided to bring Harry Wilson in from the Under-23s, with the winger having scored nineteen goals and assisted a further nine in 28 appearances. Wilson is 13/5 to Score Anytime.

Ben Woodburn is another young player who has impressed for the Under-23s and has already scored in this competition. He never really threatened in the first game, instead putting in a mature and selfless performance out on the periphery of the midfield. Can he offer a bit more in this game, perhaps? Woodburn is 7/5 to Score Anytime, so the bookies certainly think so. There might be a bit more value in opting for an Anytime Goalscorer Bet on Ovie Ejaria at 5/2, as the midfielder was excellent for the first hour in the original match.

Getting The Job Done

Plymouth deserved plenty of credit after the first game and there’s no guarantee that Liverpool will be able to make it through this match, but I’m confident that they will. I also think they’ll be reasonably professional in how they go about it, taking no chances and being ruthless in their approach. If you agree with me then you might be interested in the 7/4 available for Liverpool To Win Both Halves.

I have tipped Liverpool to win and BTTS numerous times so far this season, but I’m actually going to go a different route this time out. I do think that the Reds will get the job done in ninety minutes, but I’m also going to put my faith in Karius and his defence to keep a clean sheet. Plymouth didn’t threaten at all at Anfield, after all. It’s 6/5 for Liverpool To Win To Nil and whilst there isn’t huge value in that I think your money will be safe.

I’m going to put my faith in Daniel Sturridge and Liverpool’s attack for this one. My first chief tip is Sturridge To Score Last @ 5/2. You might want to opt for Anytime instead, but I just don’t think the value’s there. I’m also going to recommend that you opt for Liverpool To Win Both Halves, which is 7/4. Just get to the 4th Round, Reds!