Perhaps the biggest irony of the draw with Sunderland is the fact that, having had no recovery time whatsoever after our win over Manchester City, it feels like we’ve had all week to stew over the dropped points after the game. The games came thick and fast for a time but we’ve had a little rest and now we’re gearing up to go again, with the ‘Magical’ FA Cup our next adventure.

It would be nice to exact revenge on the league and keep the pressure up on Chelsea by going straight into another league game, but two different cup competitions require our attention before that. Given that Manchester United at Old Trafford are up next it’s no bad thing that we’re getting a chance to have a bit of a rest. League Two’s Plymouth Argyle are the visitors this weekend, but what do you need to know before looking to place a bet?

Jürgen Klopp is a bit of a contradiction when it comes to the cups. For the League Cup he tends to go strong with his team selection, taking it seriously and believing that it’s a chance to get some silverware in the cabinet reasonably early. For the FA Cup, on the other hand, he tends to use his squad a little bit more and allow some of the youth players a chance to impress. Last year he put his faith in the youngsters even when we were up against fellow Premier Leaguers West Ham and I can see him doing something similar this time around.

In his pre-match press conference he suggested that there will be a large degree of rotation for this weekend’s game. It makes sense, given that he’s likely to ask his first XI to take on Southampton and then United in the space of about four days. The major question will be over just how much he decides to move the lads around. Will he look to go half youth and half senior players, or will he make eleven changes and be done with it?

There are a number of lads around the first team who will be wondering why they weren’t used for the Sunderland game and keen to prove that they should be considered in the future. No disrespect to Plymouth, but if these lads can’t get passed a side who are exactly three divisions below us then should they even be at the club? My starting XI for this one would be: Karius – Alexander-Arnold – Lucas – Gomez – Moreno – Stewart – Can – Ejaria – Ojo – Origi – Woodburn.

It appears that there’s only one player set to definitely miss the match for Plymouth. Nathan Blissett has already played in the competition for his former club Torquay United so he is cup-tied and unable to participate. Both Craig Tanner and Paul Garita are likely to head back to their parent clubs of Reading and Bristol City soon, but they’re still around and available for this one so don’t be surprised if they start.

It’s a bit of a funny one for Plymouth’s manager Derek Adams. On the one hand his team are flying in League Two and sit second in the table so he won’t want to do anything to risk their fitness, yet on the other they’ve got the best part of a week until their next game and he’ll have a sneaky feeling they might just be able to cause a cup upset here. There’s also the fact that they don’t have a large squad like us, so I thoroughly expect them to go full strength.

Everyone’s disappointed by the Sunderland draw but we’re still in a good run of form at the moment. We’ve only lost two games all season and our match at The Stadium Of Light saw us gain a point on Chelsea thanks to their loss to Tottenham at White Hart Lane. When all things are considered equally, does our current form make much of a difference considering the eleven players who start this game are likely to be ‘fringe’ lads at best? Either way, we’re not doing too badly on all fronts just at the minute.

Plymouth may be three divisions below us but they’ve been winning regularly for some time now. They had a dodgy November when they lost four games out of six in all competitions but they’re second in League Two and made the play-offs last year, so they’re no mugs. They needed a replay to make it past a Newport County side who had ten men in the first match of the FA Cup Second Round but won four games in December. They lost 1-0 to Barnet last weekend; were they thinking about this match instead of the game at hand?

The match is on the tele, which suggests that the broadcasters feel that there may at least be the slightest chance of a giant-killing. I’m not so sure myself, feeling that the Reds will have too much for the Pilgrims. Here are my main betting tips as well as a tasty little offer: 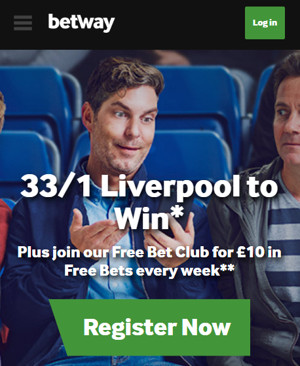 Every now and again bookies do a nice little enhanced odds offer on our matches that I think it’s worth having a look at. When such deals crop up I try to tell you about them, which is why I thought I’d mention Betway’s 33-1 for LFC to win offer for new customers.

If you’ve never bet with Betway before then you simply need to click on the link and register, deposit at least £10 into your account and place a pre-match bet on the Reds to win. You can bet as much as you like but only £1 will count towards the enhanced odds. If we win then the normal odds will be paid to you in cash and the rest of the enhanced odds winnings will be made up by free bet tokens.

Full details can be found on this page.

Woodburn To Get On The Scoresheet

There is a lot of hype around Ben Woodburn at Anfield. The youngster has been the talk of the town for a while now but never more so than when he came off the bench to score a goal against Leeds United in the quarter-final of the League Cup. I think he’s unlikely to start given that Divock Origi will likely question when he’s going to get a game if the seventeen-year-old is starting ahead of him for this sort of game. Yet I wouldn’t be surprised if he comes off the bench or, perhaps, starts in a front-two alongside the Belgian.

If he does then I wouldn’t be shocked to see him get on the scoresheet. Woodburn is 11/2 to Score the Last Goal and that looks decent value if I’m right in my prediction that he won’t start the game. Here’s an incredible stat for you: He wasn’t born the last time Everton won a match at Anfield. We all love an excuse to laugh at the Blues so if you think he will start and want a less riskier bet but agree with me that he’ll net just to remind Everton how rubbish they are, go with an Anytime Goal from Woodburn at 6/4.

Another young player who has been talked of highly for quite a while is Joe Gomez. The former Charlton man impressed in the left-back slot under Brendan Rodgers at the start of last season and was touted as being an ideal ‘Klopp player’ when the German arrived on Merseyside. Sadly a cruciate ligament injury put paid to that idea and another slight knock meant his return was further delayed this year.

The nineteen-year-old will start this match, though, and I wouldn’t put it past him to get himself on the scoresheet. Goalscoring isn’t his natural game but we’ve looked good from set-pieces lately and our other defenders won’t be too pleased if this prodigy starts to ask questions of the manager. In his dreams I think Klopp envisages a Matip-Gomez double act at the back, so a Gomez Goal Anytime at 12/1 would certainly put the cat amongst the pigeons.

Other Bets To Look Out For

This will be a big test of Loris Karius’ credentials. The German has endured a shaky start to his Liverpool career and may well see this as his last chance to impress the Liverpool fans before we lose faith in him altogether. Not to be patronising of Plymouth, but lower league clubs tend to think their best chance of getting something against Premier League teams is to play ‘alehouse’ and I doubt Karius will be happy under those conditions. It’s 9/5 for Liverpool To Win and Both Teams To Score and I can envisage the Pilgrims giving us a scare.

If Plymouth are likely to get on the scoresheet then who will get their goal? Graham Carey is a creative midfielder with a decent free-kick on him. He also happens to be the club’s top-scorer this season. Carey is 5/1 to Score Anytime.

I’ll keep it simple for you this week. Woodburn to Score the Last Goal @ 11/2Liverpool to Win & BTTS. Good luck! 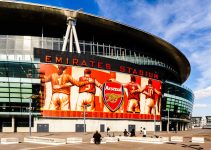