Betting will always be a case of taking an educated guess based on the information at hand. If you’ve been following this blog closely then you will hopefully have won more money than you’ve lost so far. I suggested sticking money on over 3.5 goals in the home match against Leicester City and I posited the notion that the match against Chelsea would be tight. The Reds seem to be in a good place at the minute and now we’re all hoping that we can progress in the cup as we did under Jürgen Klopp last season.

Derby County will present the German with a different set of problems to the likes of Chelsea and Leicester, potentially being something of a banana skin in a similar style to Burnley. Here I’ll have a look at the form of both teams as well as the likely changes both managers will consider making. I’ll then offer you some betting tips and hints that you might want to think about placing. Can I keep up my success rate in the same manner as the Liverpool team? We can but hope… 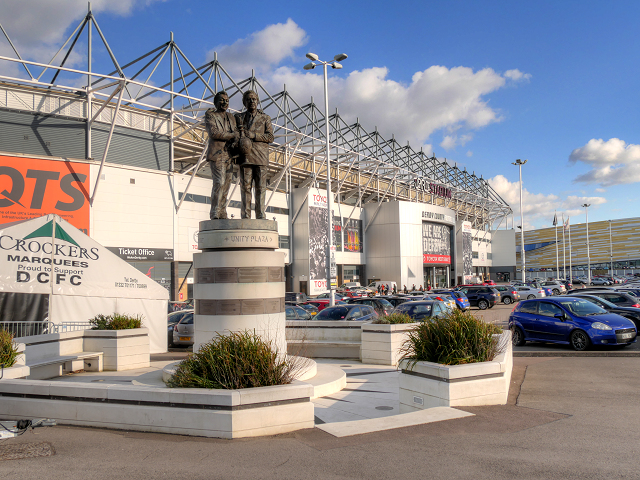 Klopp has one major decision to make for this game: To rotate or not to rotate. On the one hand there are a number of players on the fringes of the squad, such as Danny Ings and Marko Grujic, who will be chomping at the bit to get onto the pitch and show the manager exactly what they can offer. On the other hand, his team are putting together a run of form at the moment that means the manager will be reluctant to tamper too much and potentially lose the head of steam that we’re building before some important matches in the next few weeks.

During his press conference on Monday afternoon Klopp declared that, in his opinion, “we only have strong line-ups”. That’s not just a good sound bite but an indication of how he feels about the squad available to him. He also said that they won’t rest players if they are 100% fit. It’s all guess work, of course, but that suggests to me that he will play a hybrid of his first choice XI alongside other players who haven’t yet had much of a chance to get game time.

The German does tend to favour keeping his defensive unit the same in order to give them as much time as possible together so that they can develop an understanding. The press revealed on Monday night that Loris Karius is due to get his first start in goal tonight. I’d also expect to see Moreno return to the left-back spot to give James Milner a rest and let the Spaniard try to prove his worth. One player who definitely won’t be making an appearance is Mamadou Sakho. Klopp made it clear in his presser that it will be him who decides when Sakho is fit, not the player. My predicted starting line-up: Karius – Clyne – Matip – Lovren – Moreno – Grujic – Can – Coutinho – Mané – Ings – Origi.

For Nigel Pearson the situation is a little different. Derby have been struggling in the league (more on that shortly) but have beaten Grimsby Town and Carlisle United on their way to “playing one of the best teams in the country” – Nigel’s words, not mine. He therefore has to make a decision on whether to rest players in order to focus on the Rams’ faltering league campaign or go strong in this cup match in the hope that a good performance will kick-start their league form.

The two definite absences for Derby are Jason Shackell and Johnny Russell who are both out with calf injuries. James Wilson, the Manchester United loanee, is also a doubt after he got a knock to his knee in the weekend’s game against Bristol City. Matej Vydra and Ikechi Anya, who are on loan from Watford, played in an earlier round of the competition for their parent club so they’re cup-tied and won’t be able to play. The major question is whether Andreas Weimann will get a start up front. The striker is slowly making a comeback from a knee injury and could well feature.

Whisper it, but Liverpool might just be developing a little bit of consistency under Jürgen Klopp. Though the league petered out a touch last season that was largely because the manager was concentrating on our European exploits and most people felt he made the right decision. This season we have now beaten Arsenal, Chelsea and the defending Premier League champions Leicester City, as well as having dispatched Burton Albion with ease in the earlier round of this competition. Our next three games are against Derby, Hull & Swansea City and these matches will tell us a huge amount about Klopp’s team. Was the Burnley match the outlier, or are we likely to see history repeating itself against the “lesser lights” as the season progresses? Form-wise we’re Red-hot right now and I’m confident that Derby will be given a taste of the same medicine that Chelsea found so bitter to swallow at the weekend.

Historically, Derby have faced Liverpool 26 times and lost 21 of them. They’ve won three, drawn two of the remaining five. They’ve also failed to score in three of their last four games at home against the Reds, meaning that the iPro Stadium is a happy hunting ground for us. The only time the Reds have been knocked out of the League Cup by lower league opposition in the last thirteen times of asking was when ‘formidable’ Northampton Town beat Roy Hodgson’s men at Anfield in 2010. In real time Derby have played ten games in all competitions so far this season, winning four, drawing two and losing four. They lost 1-0 to Burton Albion at the end of August; a team that Liverpool put five past in the last round. Their form is patchy, basically.

Where should you be putting your money, then? Can Derby keep Liverpool’s red-hot attack at bay in a similar manner to Burnley, or will the Reds scorch the playing field and grab a bagful?

To be fair to Derby they’ve actually done quite well on the goals conceded front. Although they have struggled to win games they haven’t been letting in bagfuls, with the two they conceded to Barnsley and Newcastle alike the highest number of balls the ‘keeper has had to pick out of his net. Having said that, they *are* conceding reasonably freely and when you combine that with the extent to which Liverpool are scoring freely you’d expect to see a decent scoreline at the end of the 90 minutes.

With that in mind, then, the Over 4.5 Goals being as long as 4/1 at some bookies looks like a very tiny offer. If you fancy the Reds to run riot then you can get Over 6.5 Goals for around 15/1, though I’d suggest that might be being a tad disrespectful to Derby. That said, that is the total for the entire match so you might think that the Reds will score a bucketful but the new ‘keeper might concede a couple, too.

If you like to place a combination bet then you might be interested in Liverpool To Win & Over 3.5 Goals Scored at 11/5. Karius is apparently a very attacking goalkeeper who plays with a high line and can be caught out. He might not be quite ready for the rough and tumble of a cup game against lower league opposition, so the Evens for Liverpool To Concede on offer at some bookies might be worth sticking a tenner on.

Who Will Get The Goals?

If there are going to be goals, and I’m convinced that there will be, then the natural question to ask is who will be scoring them? The United loanee Jame Wilson would doubtless love to score against the Reds, so 3/1 for Wilson To Score Anytime isn’t a bad bet. Likewise Emre Can will feel like he has something to prove after Henderson’s goal at the weekend, so 5/1 for the German to Score Anytime is also worthy of consideration.

Which player will open the scoring is always the question that gives you slightly longer odds. Danny Ings and Divock Origi are both 4/1 to be FGS, so a fiver on each could bring a nice reward. Will Hughes is a Liverpool supporter and idolised Steven Gerrard growing up. If you want to put an outside bet on then Hughes is 33/1 to be FGS.

If you want to cut to the chase and just get my opinion on the best bets to place then I’d suggest sticking some money on the 4/1 for Over 4.5 Goals and 3/1 for James Wilson To Score Anytime. 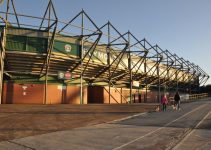