Liverpool Football Club’s latest assault on the Premier League begins in less than two weeks and those of us who like a flutter are busy considering our options for the campaign ahead. Once the season proper gets underway it will all be about game specific bets, but right now nothing is as exciting as the potential of what lies ahead.

Here, then, are some tips, suggestions and explorations for some decent ante-post bets with a distinctly Liverpool twist to them… 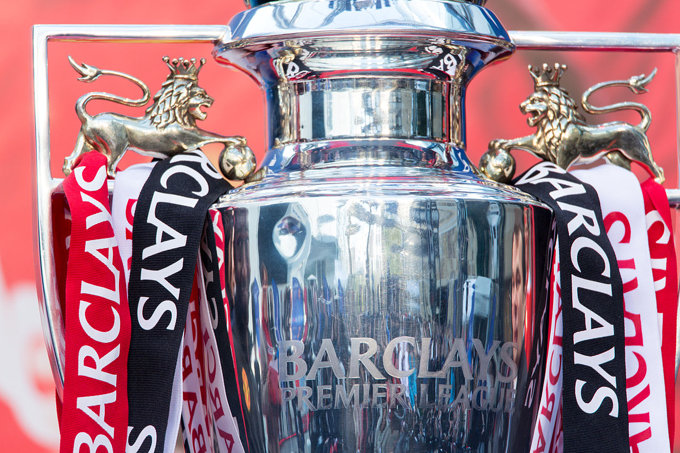 Looking To The Past

Before we look too heavily at what’s to come it’s worth considering whether we can learn anything from history. On the one hand it’s not likely to be hugely useful as we’re likely to have both a team and a system that will be virtually unrecognisable from last season.

Yet on the other hand teams rarely dramatically shift their performance from one season to the next. In fact, there have been no high profile teams that have shifted from one end of the table to another that I can think of…

All of us bettors will be asking ourselves exactly what kind of a difference to the league Leicester City’s historical win of last season will make to the campaign ahead. Plenty of commentators believe that it’s a one-off that will never be repeated, but people thought it was impossible for a human to run a mile in less than four minutes until Roger Bannister did it in 1954. A month later and someone ran it even faster than him.

Can Liverpool repeat Leicester’s feat? It’s a tricky one to call, though the closest we’ve come in recent years was when we only just missed out in 2013-2014, having finished 7th with 61 points the year before. Here’s Liverpool’s league finish and points total since 2004:

There are a couple of really interesting things to make note of in there. Firstly, the points total and finishing position doesn’t always add up. Secondly, Rafa Benitez’s Liverpool notched up 58 points during his first season in charge of the club but added 24 points to its total in his follow up season. Benitez, incidentally, saw his Liverpool team lose in the League Cup final to a cash rich team and made it to a European final. Remind you of anything?

Klopp came into the season midway through the campaign and didn’t have his own players, yet he took the Reds to two cup finals and all but abandoned the league and FA Cup in his search for Europa League glory. Might we have finished in the top four if Europe hadn’t been on our agenda? It’s food for thought.

What does all of that mean for the Premier League? Who are the genuine runners and riders and what makes for a sensible bet on next year’s competition?

There’s no question that the two Manchester Clubs and Chelsea have to be considered strong favourites for the title this time around. José Mourinho and Manchester United is a match made in hell, or at least some seedy bar down a back alley. He’s brought in Ibrahimovic, Henrikh Mkhitaryan and Eric Bailly already, with Paul Pogba almost certain to arrive soon. On the other side of the park Pep Guardiola has welcomed Ilkay Gundogan and Nolito and Leroy Sané will be announced as soon as I’ve pressed publish on this blog.

Meanwhile Antonio Conte has signed an exciting young Belgian striker in Michy Batshuayi and one of last season’s best players in the form of N’Golo Kante from Leicester City. His work is also far from complete as Romelu Lukaku is likely to re-sign for his old club and Eden Hazard will be like a new signing after his poor campaign last time out.

At the time of writing (all bets will be at the time of writing, to be fair) Manchester City are the bookies favourites for the title at 5/2, with United coming in at 3/1 and Chelsea bringing up the rear at 5/1. Last season’s champions Leicester are around 28/1, depending on where you place your bet.

Liverpool, interestingly enough, are 8/1 to win it and I think that’s pretty good value. As much as all of the other teams are strengthening it’s not as if the Reds have refused to buy any players. In fact, we’re looking like we’ve got a balanced side for the first time in a long time and our squad has extreme strength in depth. It’s also worth bearing in mind that Guardiola, Mourinho and Conte all ask their teams to play very specific styles of football that take time to learn. Klopp has been working with most of his squad for the best part of a season, so they’re already getting to grips with the basics of his system.

Liverpool and Chelsea are the only teams without Europe, too, and the last time we had no European football to contend with we nearly won the league. I think 8/1 for us to go one better this time around is a very tasty offer indeed. If we add the same 24 points that Benitez did in 2004-2006 we’ll finish with 85 points which would have been enough to win the league nine times since the Premier League began.

Away from who’s going to win it, the bets for top four are quite interesting. The Reds are 11/8 and if you think we can finish top four you may as well believe that we can win the thing and there’s much better value in that. West Ham are 8/1, which strikes me as an excellent bet considering their performance last year as well as the fact they’re moving to the Olympic Stadium for next season. I think the Hammers could be in the mix come the end of the season.

Arsenal are 11/8 to finish outside the top four, meanwhile, so a West Ham in Arsenal out double could be an interesting punt. If you want a real long-shot for a top four finish then Stoke at 40/1 look like good value. Mark Hughes is putting a nice little team together at the Potteries and might surprise a few people.

Hull, Burnley and Middlesbrough dominate the relegation bets, with Big Sam’s departure from Sunderland to become England manager combined with the arrival of David Moyes to the Stadium of Light pushing Sunderland out to 5/2 for the drop. A cheeky bet on that front could be Southampton who are as long as 20/1 with some bookies. Surely they can’t keep selling their best players and letting their managers leave and survive?

Everton, if you’re wondering, are about 25/1 to go down. Of course they’re the richest team in the world now, but it’s not a bad punt if you’ve got a fiver you don’t mind seeing the back of…

Liverpool are 10-1 to win the FA Cup, which seems like amazing odds when you consider what Klopp did in cup competitions last season. Arsenal have had a year off winning it but Wenger does love it, so 9/1 seems a cracking offer for the Gunners to win it for the third time in four years.

Perhaps one of the best bets, though, is Newcastle to reach the semi-final at 14/1. The Magpies are under the management of a certain Rafa Benitez now and he’s revitalised life in the North-East. Newcastle have an amazing set of supporters who could be a force to be reckoned with now they’re united behind the Spaniard. I expect them to stroll the Championship but a cup run shouldn’t be ignored.

Spurs are 9/1 for the League Cup and that has to be worth a punt. Mauricio Pochettino took the White Hart Lane club to within a whisker of competing for the Premier League last season and I can see him winning a trophy with them before too long. Crystal Palace, who were FA Cup finalists last time out, are 33/1.

Once again Rafa shouldn’t be ignored, especially not at 50/1 for the League Cup. Aston Villa, who are under new ownership and have quietly gone about the business of sorting their squad out, are 80/1 for it. That means a £10 bet will see you lose £10.

Leicester City were 5000/1 to win the Premier League at the start of last season. If you’re tempted by a similar bet this season then West Brom, Hull and Burnley are all 1500/1. None of them seem likely to defy the odds, though, so you might be wiser to look at the 750/1 for Stoke to pull off the impossible.

The Foxes have a chance to repeat Nottingham Forest’s trick, however, and win the Champions League. That’s 100/1 with some bookies, which might just be worth a punt considering what happened last time out!

In the top-goalscorer market Sergio Aguero is 7/2 and Harry Kane is 6/1. Zlatan Ibrahimovic is 10/1, which isn’t bad considering Mourinho’s love of using an ageing target man in his teams. Daniel Sturridge, meanwhile, is 25/1. That is a very, very good offer indeed when you think about his natural ability and that he has, touch wood, seemed like he’s back to full fitness under Klopp.

The last bet I’ll suggest is for Liverpool’s top-scorer. Divock Origi, who has been brilliant under Klopp, is 10/1 to finish ahead of everyone else on the score sheet. If Sturridge does pick up an injury I fancy Origi to start and if he starts, he scores.

The Reds are just 5/2 to win any trophy at all. That’s do nicely, thanks.